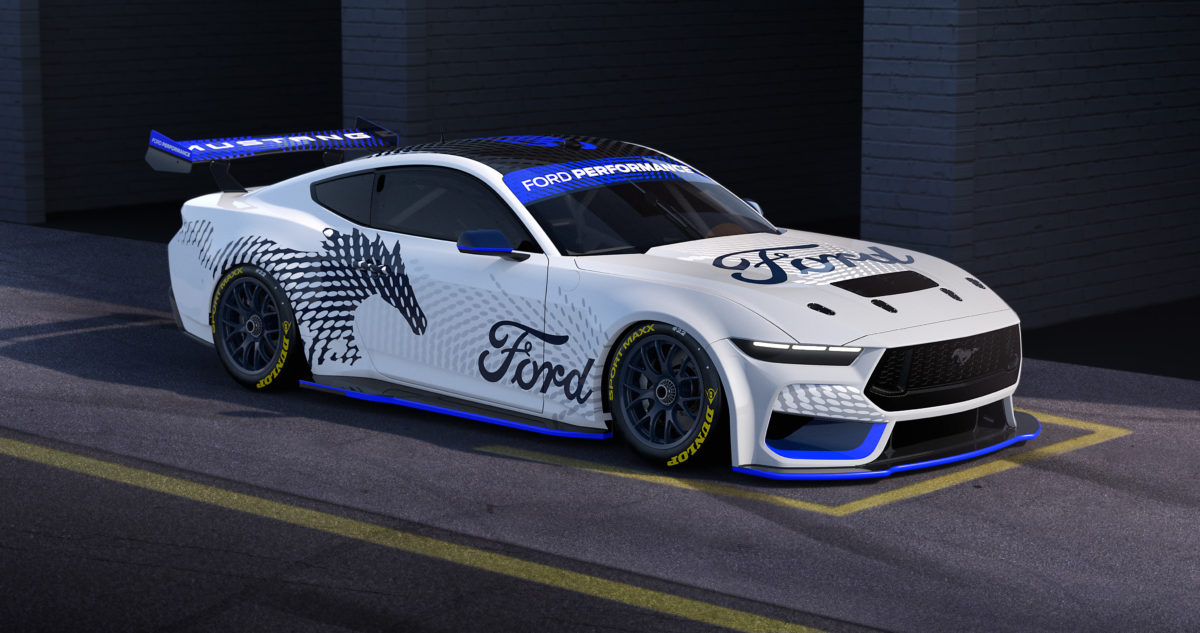 A render of the S650 Mustang Gen3 Supercar

Dick Johnson will have the honour of the first laps around Mount Panorama in the new S650 Gen3 Mustang Supercar, at this weekend’s Repco Bathurst 1000.

The three-time Great Race winner will cut laps this Thursday afternoon, after the car is officially unveiled in pit lane earlier in the day at 12:30.

Dick Johnson Racing has spearheaded the Ford side of Supercars’ Gen3 project as the marque’s homologation team, and delivered its most recent Bathurst 1000 victory, in 2019.

“My team and I have been racing Fords for more than 40 years,” said Johnson.

“We are very proud representatives of and ambassadors for the Blue Oval.

“We have been working extremely hard on making this car the best it can possibly be over the last couple of years, and to be the first person in the world to drive it after all of that work is fantastic.

“Any chance to drive around Mount Panorama is incredible, but to do it in Ford’s latest race car is an opportunity I simply couldn’t pass up.

“I can’t wait to drive the Mustang and see the fans across the top of the Mountain, it’s going to be very special indeed.” Dick Johnson behind the wheel of a Gen2 Mustang

Johnson was also the first to drive the current, Gen2 Mustang Supercar at the 2019 Adelaide 500, where it made its competitive debut.

He then got behind the wheel of one at Queensland Raceway in May this year when three generations of the famous family, including Dick’s son Steve and grandson Jett, cut laps together.

The Gen3 Mustang and Chevrolet Camaro prototypes were unveiled to the world in a pit garage at last year’s Bathurst 1000, although the former was in the S550 shape corresponding to the current road-going version.

The seventh-generation Mustang’s global launch took place last month, although only renders of the Supercar version have been released thus far.

Both the unveiling of that car and Johnson’s first laps will be aired live on Fox Sports.