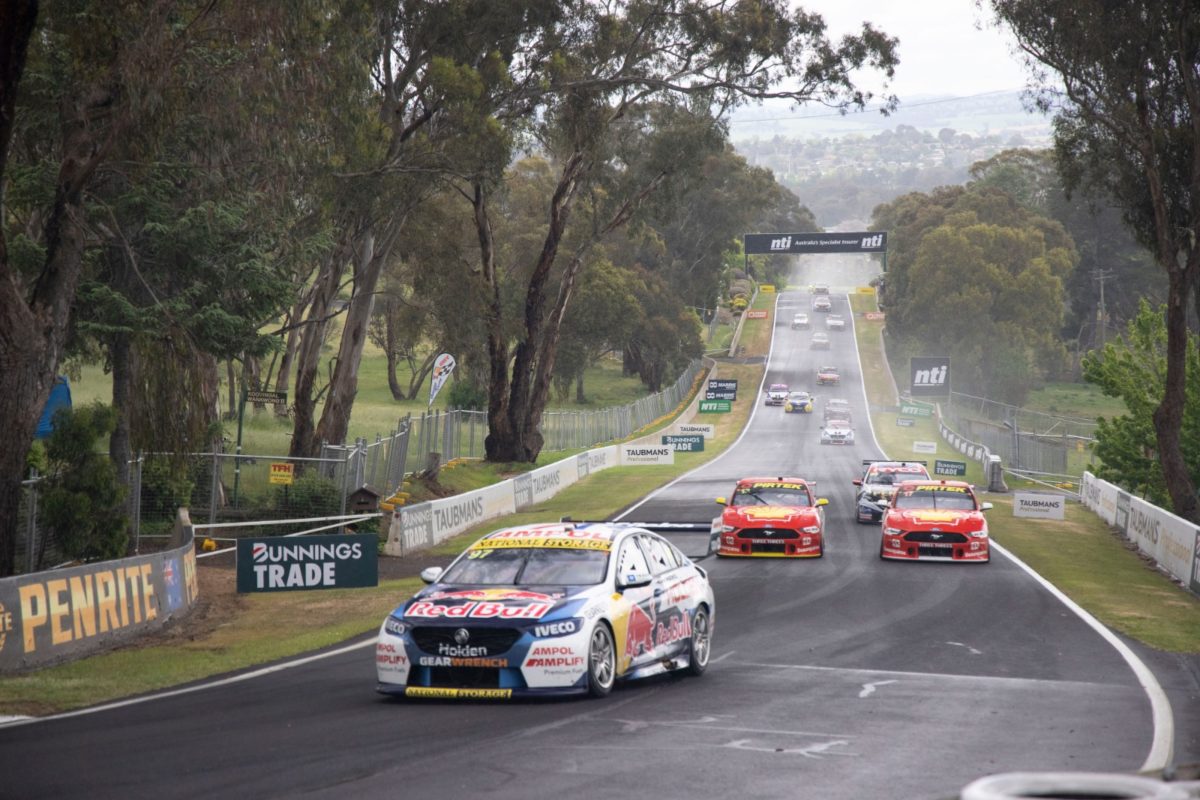 A wet Mount Panorama during the 2020 Great Race

Rain is almost certain to fall during Sunday’s Repco Bathurst 1000 race, as well as the other three days on which cars are on-track.

According to the Bureau of Meteorology’s forecasts, there is at least a 90 percent chance of rain on each of Thursday, Friday, Saturday, and Sunday, with predicted falls of up to 25mm on the latter.

Saturday, when the Top 10 Shootout will take place at Mount Panorama, is set to be the wettest, with a 95 percent chance of rain, of which 25mm to 35mm is on the cards.

It means teams are highly unlikely to get much use out of the 13 sets of new slick tyres which each car has been allocated for the event, with drivers to instead spend much of the time on their five sets of wets.

The forecast also raises the question as to whether or not race start for the 161-lapper will be brought forward from its scheduled 11:15 local time/AEDT, given there is no time-certainty on the session finish.

That was indeed the case two years ago when the threat of thunderstorms led to concerns that the race might finish in darkness, given the slower pace, increased likelihood of Safety Car periods due to incidents, and lack of sunshine.

The official start time was shifted half an hour from 11:30 to 11:00 although the wild weather never came to pass, with just relatively brief showers from about Lap 40 to Lap 60.

While they were arguably significant in the context of the race, given Triple Eight Race Engineering’s Shane van Gisbergen made the decisive pass for the lead on then-Tickford Racing driver Will Davison on Lap 56, the former took the chequered flag in top spot in a total time of 6:10:56.1143s, just over nine minutes shy of the race record.

Forecast: Bathurst Bureau of Meteorology, as at time of publication