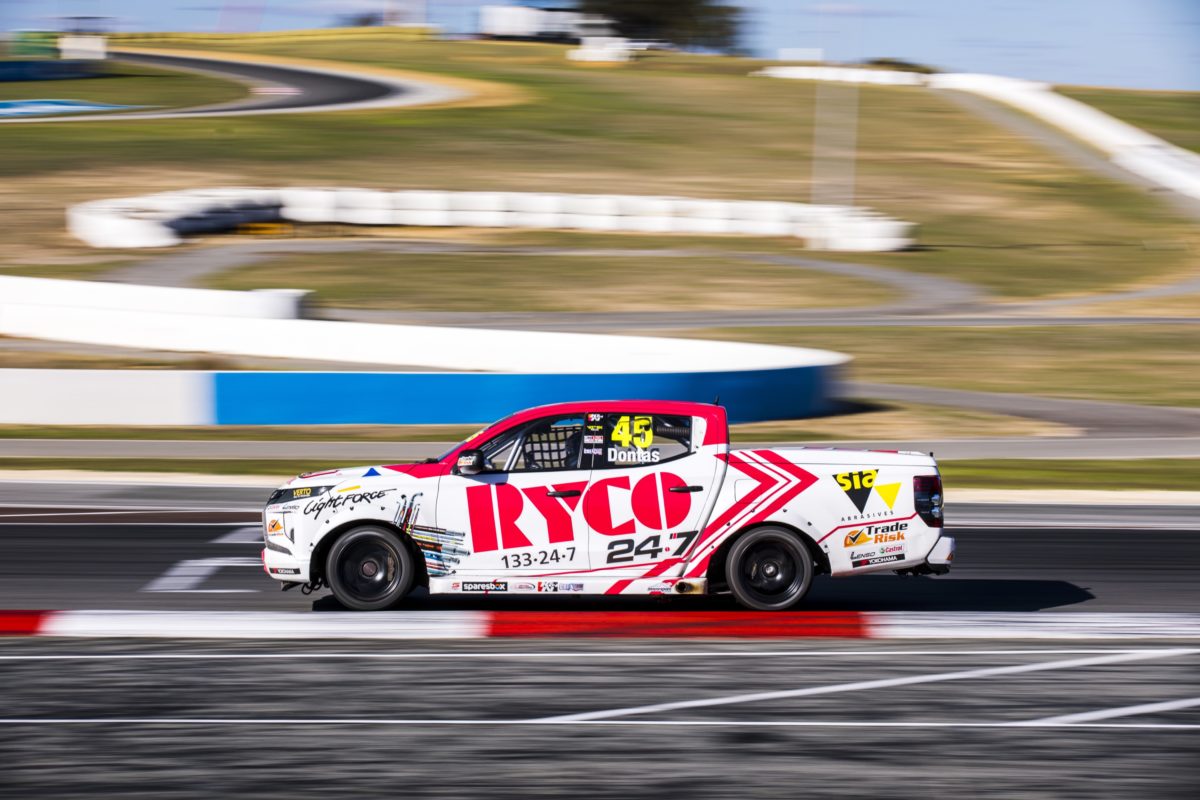 Seasoned utes driver Craig Dontas will retire from racing at Bathurst this weekend.

Dontas will take the chequered flag for the final time in Round 5 of the Haltech V8 SuperUtes Series, which forms part of the support category programme for the 2022 Repco Bathurst 1000 on October 6-9.

From there, he raced production cars in the early 2000s before establishing himself as a veteran utes driver, spending 15 years racing across both the original V8 Ute Racing Series and SuperUtes.

He also scored 31 podiums in the V8 Utes, and seven podiums in SuperUtes.

Over his career, Dontas has also sampled other categories, enjoying outings in the V8 Touring Car Series, Stadium Super Trucks, Aussie Racing Cars, and the National Trans Am Series.

In addition to his driving, Dontas has also focused on garnering commercial support for the V8 SuperUtes Series and managing his racing team, Ryco Team Triton.

Dontas told Speedcafe.com he called time on his racing career wanting to spend more time with his family.

“When you wake up and you feel like it’s time, you know,” he said.

“I have a career that post-driving will be a hell of a lot more rewarding moving forward, so it actually feels good.

“COVID probably putting the brakes on it a little bit, obviously with all the ups and downs over the last couple of years.

“I wanted to do it the right way.”

He said it felt fitting to finish his career at Mount Panorama.

“I just thought, what’s the best way to call it and time it properly?” Dontas said.

“Where I gained a love for the sport was watching Bathurst, so to finish there, I think it’s an awesome way to do it.”

While announcing his retirement from racing, Dontas said he is not completely stepping away from motorsport.

“My role at Supercars keeps me extremely busy and also takes considerable focus,” he stated.

“So to do both racing and working for Supercars at the events, it’s almost impossible.

“Behind the scenes there is much more that no one sees with regards to help, advisory, management for teams, drivers, and events teams, and to be honest, this excites me more these days.

“Obviously it’s a retirement, but I may end up jumping in something sporadically over time away from proper Supercars events.

“I definitely feel like I’m going to drive something, it might just be spontaneous, I think I might be lost totally to drive and just be at that level.

“I’ve had a lot of fun, looked after a lot of wonderful sponsors, and brought a lot of professionalism back into the lower categories.

Practice and qualifying for the SuperUte Series at Mount Panorama will be held on Thursday, Race 1 on Friday, Races 2 and 3 on Saturday, while the final race will take place on Sunday morning.