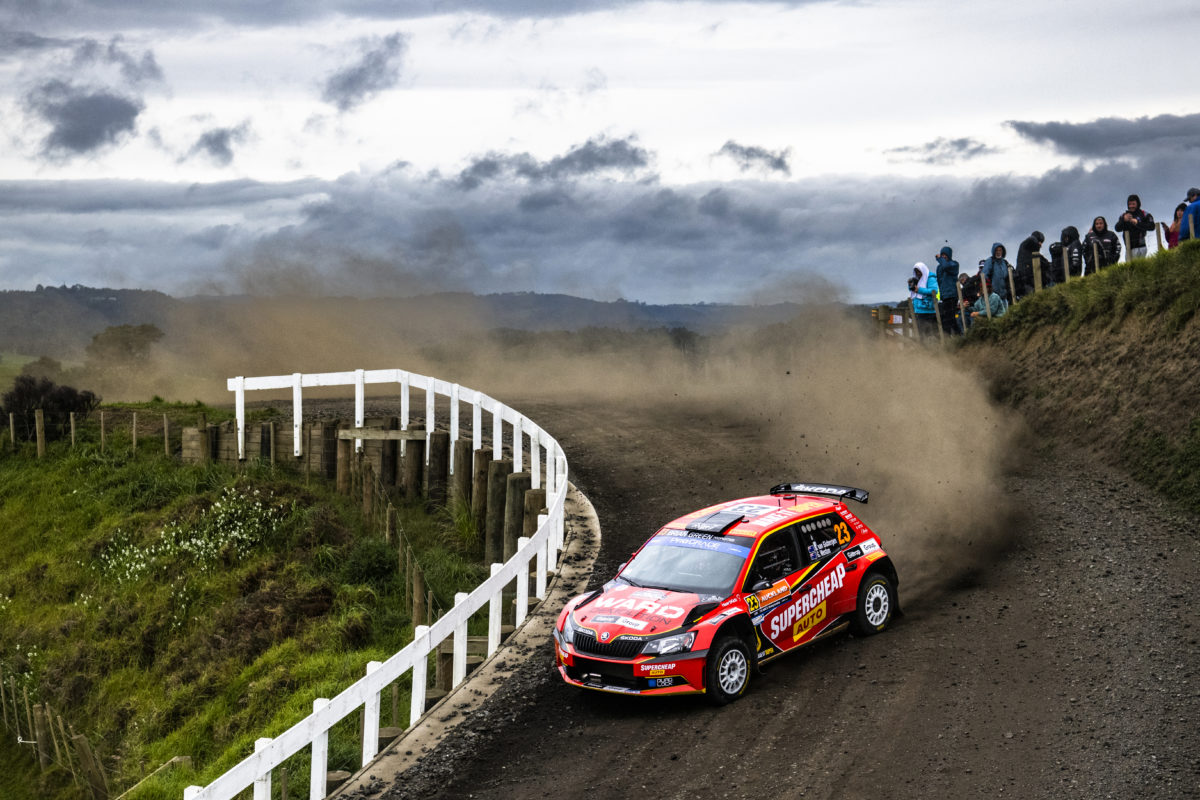 Shane van Gisbergen has finished third in the WRC2 class at Rally New Zealand, a week before the 2022 Repco Bathurst 1000.

The two-time Supercars Champion and co-driver Glen Weston maintained position in their Supercheap Auto-backed Skoda Fabia throughout the final four stages on Sunday to seal a class podium.

Capping off a successful debut, the pairing finished ninth in the overall standings to earn a points-finish.

The current Supercars championship leader was ecstatic after the conclusion of the rally.

“Glen [Weston] and I have had a great time, thanks so much to the team and all our supporters.

WRC2 honours went to New Zealanders Hayden Paddon and John Kennard, who were the fastest in class for 13 of the 17 stages to finish an impressive sixth in the overall standings.

Paddon also wrapped up his sixth New Zealand Rally Championship title and was the highest-finishing Kiwi in the event.

“We ticked all the boxes with this event, thanks to a big team effort, to win WRC2 and the NZRC titles,” the 2016 Rally Argentina winner said.

“Having built up a lead on Friday morning, from then on there’s a huge amount of pressure to make no mistakes until the end.

“I’m pleased that part of it is over, to be honest, as I don’t really enjoy that kind of pressure when you’ve got everything to lose.”

“I would have enjoyed it more if we were a bit more on it from Friday morning,” Bates said.

“Taking a day and a half to settle in was frustrating, but we picked up two stage wins along the way, yesterday afternoon and again today.

“So can’t be disappointed with that, a massive thank-you to everyone who got us here, it’s been great.”

The next round of the 2022 WRC season is at Catalunya Rally de España from October 20-23.