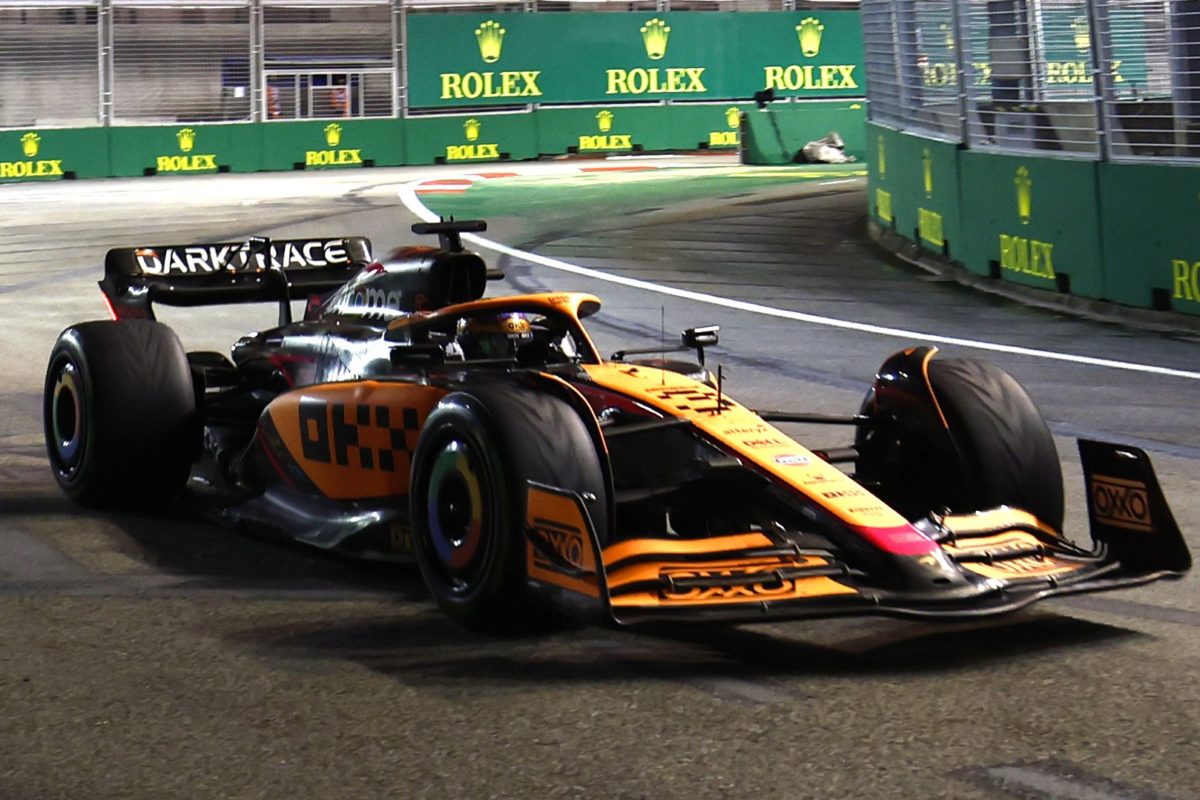 A lack of balance in drying conditions has been cited as the reason Daniel Ricciardo was unable to escape Qualifying 1 at the Formula 1 Singapore Grand Prix.

The Australian fell at the first hurdle in Saturday night’s session, held on a wet but drying track.

Rain had fallen for much of the afternoon in Singapore, necessitating a truncated Free Practice 3 session that saw pit exit closed for the opening 30 minutes.

As evening descended, conditions improved, resulting in a drying track for the Qualifying hour.

“I think the difference from P3 to quali was I think we were, don’t get me wrong, we weren’t lightning but I think we were in better shape in P3 than maybe compared to yesterday,” Ricciardo said, suggesting he’d made progress from a tough Friday.

“Obviously different conditions but simply, I mean for me personally, with a bit more water on the track, I felt a little bit better from a balance [point of view].

“And then Q1, as it started to dry a little more as the session went on, then I felt like I couldn’t then run, or make those steps in pace and grip.

“As the track improved it felt like it got a little bit… we plateaued a little bit, so these are things we’re looking at now.

“Obviously the more dry [it got], the more the inter starts to get a little bit abused, so it could just be the way that the tyre then reacts to a dry track.

“But that’s where I struggled to make that extra step of lap time in those conditions.

Ricciardo will take the start of Sunday’s race from 17th on the grid – the Singapore Grand Prix the first in a number of races not to feature any grid penalties.

There remains a high chance rain will be a featurewith the forecasted chance increasing from the 20:00 race start time.

Wet, dry, or mixed, Ricciardo is buoyed by the prospects of the race based on his most recent experience at the circuit.

“I’m kind of filled with a bit of hope after 2019 where those cars were tricky to overtake and there was some overtaking,” he reasoned.

“I was able to come through a few cars and I saw some others as well watching the race back.

“So I think there is an opportunity. We can follow a bit closer I think. It still is tough though.

“I feel the lead car needs to maybe make a bit of an error or start to struggle more with tyres.

“There still needs to be a bit of a difference. To make a pure overtake is still tricky, but I think there can be some tomorrow in a dry race.

Lando Norris in the sister McLaren will start from fifth, having scraped through in Qualifying 1 before muscling the McLaren into the top 10.

“I don’t think we’re anything exceptional,” he suggested.

“I’d only just made it into Q3, so it matters less about the balance of the car and more about the risk you can take.

“That matters less about car balance, and more I guess on the drivers.”