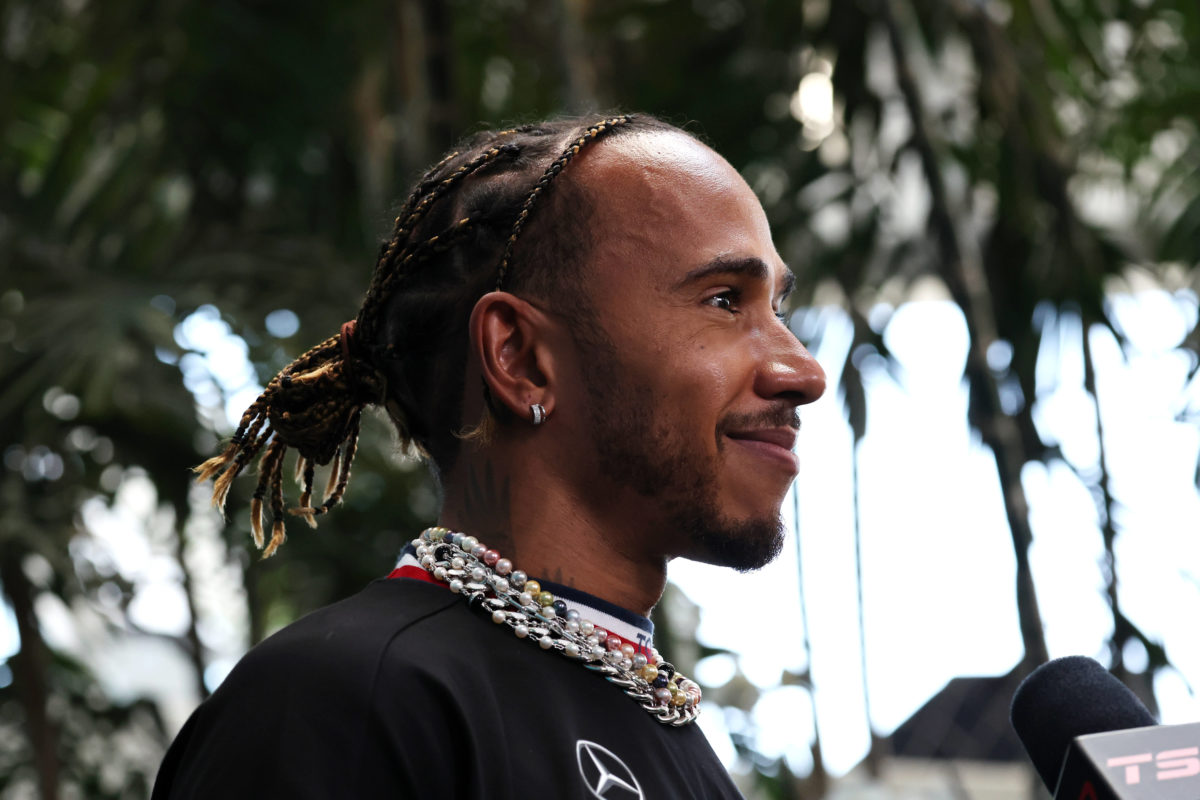 Lewis Hamilton has explained why he did not remove his nose piercing, for which he was referred to the FIA Stewards following Free Practice 3 for the Formula 1 Singapore Grand Prix.

It’s a topic that flared up in the early part of the 2022 Formula 1 season but seemed to have been put to bed.

Hamilton’s referral to the stewards reignited the discussion after he, and his team, were referred to for the breach.

“I’m not trying to make a statement,” Hamilton said when asked about the nose piercing and subsequent referral.

“Obviously I’ve had this, my jewellery and my nose stud, for years.

“We had the whole commotion at the beginning of the year. At the time it was like soldered in, so it didn’t come loose.

“At the time, for many races, they gave me, not therapeutic use, but an exemption until I could find a solution.

“Then went and got it taken out and tried to find a solution and put it in and put it out. It got infected because of that.

“I was just continuing on with this infection and I had a blood blister and I was going on about it, so just had quite a sore on my nose.

“Then went back and I’ve had to have the, disgustingly, the blood blister kind of fixed because there was like pus and blood and stuff, and then put this [nose ring] in and the last two weeks it’s started to head.

“They’ve asked that I keep it in… I take everything else out.”

Hamilton was cleared by stewards for the nose piercing after presenting medical evidence to support his statements.

Mercedes meanwhile was fined EUR 25,000 after it was found to have erroneously completed the Self Scrutineering Form pertaining to the 37-year-old’s adherence with the International Sporting Code’s requirements as far as apparel goes.

Drivers are prohibited from wearing most jewellery due to the dangers it can pose in the event of a crash, with an obvious one being the transfer of heat in the case of a fire.

Hamilton does not buy that and maintains his stance that his jewellery is not a safety issue.

“Our suit is covered – we’ve got a belt, our zip is metal, or buckle around a helmet is metal. The wires that we have, have aluminium in there,” he noted.

“Hopefully though they will be sensible. The stewards should be there to keep us safe, most importantly, but this is not a safety issue.”