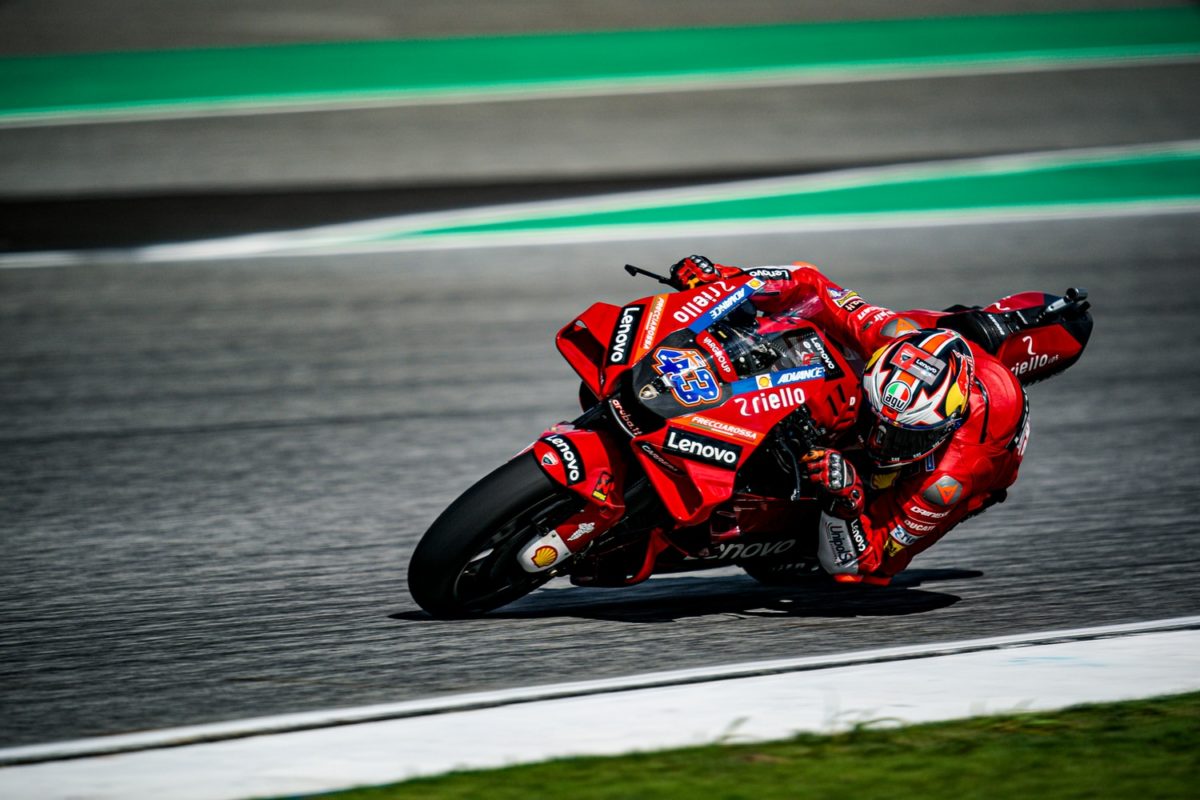 Jack Miller was consigned to the third row on the grid for the Thailand MotoGP due to an engine failure in qualifying, the Queenslander has revealed.

Miller was fourth-quickest on a 1:30.106s at the end of the first runs around Buriram in Qualifying 2, where Ducatis had been dominating.

However, he brought his straight back into pit lane after going out for his second run, and would not go back out.

Mooney VR46’s Marco Bezzecchi stormed to a lap-record 1:29.671s to grab pole position on the same model of Desmosedici ridden by Miller, who slipped to seventh in the end.

The latter explained in his Dorna Sports interview that he was set back by a “terminal issue with the engine”, by which time he had missed the chance to switch to his second bike.

He added separately, “Unfortunately, in qualifying, we had a problem with the bike after our second exit from the pits, and when I came back in, there was no time to go out again with the second bike.

“In any case, I think we can do well tomorrow, even starting from seventh.

“In FP4, I was very comfortable with the bike; we completed 18 laps and had a good pace, so I am satisfied.

“It will be important to make a few passes in the beginning. I expect a very demanding race because of the high temperatures.”

Miller arrived at Buriram as the most recent race winner, having dominated the Japanese Grand Prix at Motegi just seven days ago now.

There, he had also qualified seventh, but hit the front on Lap 3 and was more than five seconds to the good at the start of the final lap.

While #43 has long been out of the hunt for the championship, the Thailand Grand Prix threatens to snuff out the hopes of one of the last genuine contenders.

However, Aprilia Racing’s Aleix Espargaro failed to make it out of Qualifying 1 and will start 13th, his deficit to Quartararo is likely to move beyond 25 points, the equivalent of a full grand prix.