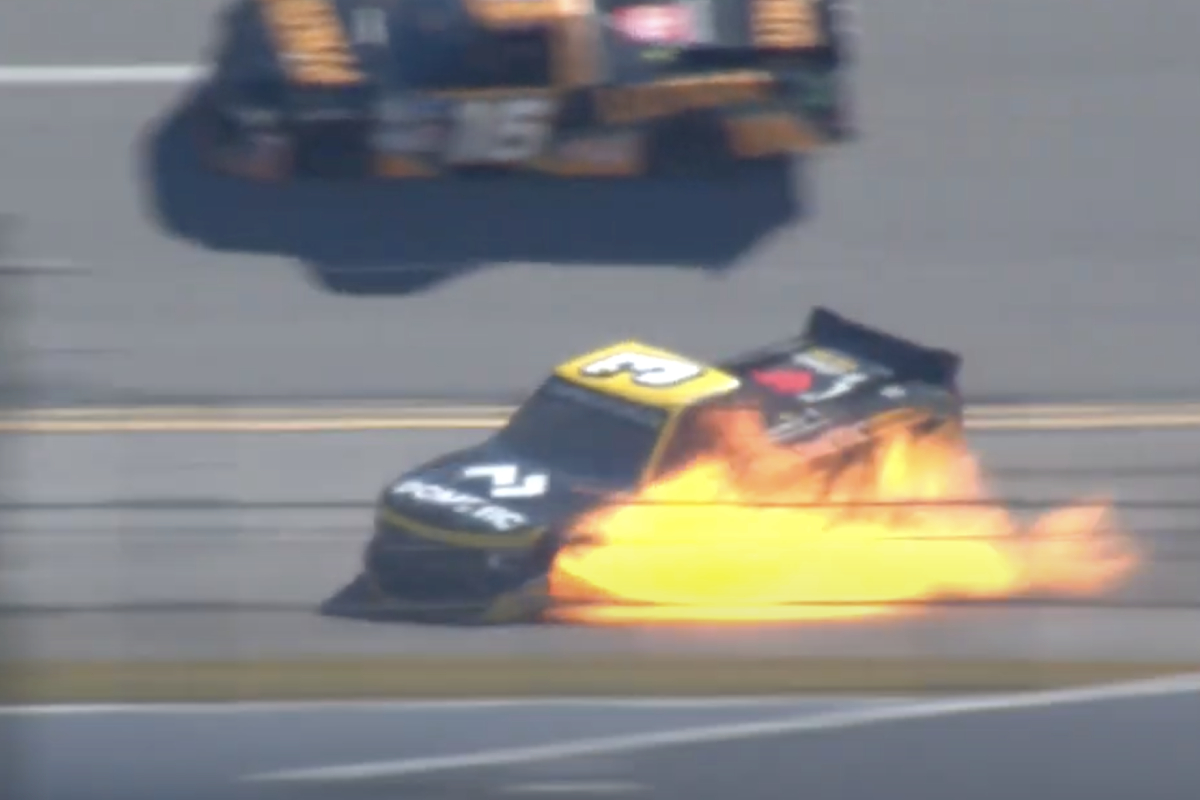 Jordan Anderson was airlifted to hospital after a fiery crash during the NASCAR Truck Series at Talladega Superspeedway.

The #3 Chevrolet was spinning across the track when it burst into flames on entry into Turn 1 on Lap 19.

The truck continued to spin until it arrived at a stop on the inside wall, where Anderson was able to quickly extricate himself from the burning vehicle.

After being initially treated in the infield care centre, the South Carolina native was loaded into the medical helicopter and airlifted out of the venue to the UAB Hospital in Birmingham, where he was treated for second-degree burns to his arms, knees, and neck.

Anderson posted a statement to social media following the incident.

“So grateful for all the prayers and support, have been in some great hands with all the NASCAR and UAB nurses and doctors,” the statement read.

“No doubt God’s hand was protecting me through that one.

“Scariest moment of my racing career by far.

“Ended up with second-degree burns across my neck, face, right arm, hands, and both knees.

“Doctors say everything should be healing up within a few weeks.

“I will keep everyone updated on the healing process, but just thankful it wasn’t worse.”

Matt DiBenedetto was declared the winner of the race as it ended under Caution.

It was determined that DiBenedetto was leading the race at the time of the incident.

The Rackley-Willie Allen Racing driver was leading the NASCAR Truck Series for the first time in his career, when the race was called.