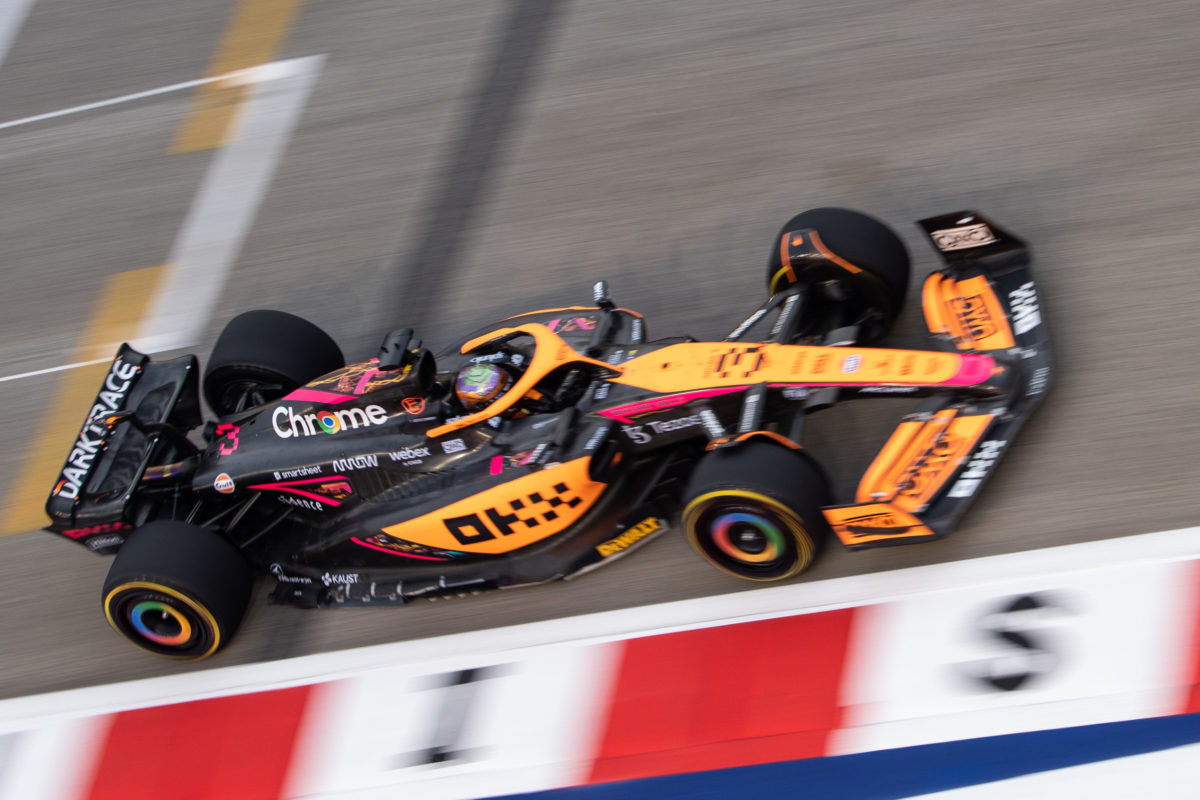 McLaren drivers Daniel Ricciardo and Lando Norris were both left looking for more after a difficult opening day’s running at the Formula 1 Singapore Grand Prix.

The latter has an upgrade package fitted to his MCL36 consisting of revised sidepods, floor, fences, diffuser, and other elements – Ricciardo set to receive the updates in Japan next weekend.

Even still, both drivers lacked pace and ended the day looking for answers.

“It’s hot of course but it didn’t feel too brutal today, and I felt like I got through the day okay,” said Ricciardo following Friday’s running.

“We’re obviously quite slow and struggling quite a lot, especially tonight. So, we’ve got some work ahead of us.

“We’ll try to make the best of what we’ve got, but certainly it was a tricky afternoon session.

“We’ll see what happens tomorrow, it’s hard to know now but I think we’ll definitely make changes on the car, try to find a bit more comfort and speed in it and go from there.”

Norris has his car coated in flo vis paint during Free Practice 1 as the team worked to correlate the upgrade on track versus its simulation tools.

He logged 22 laps in the session, adding another 16 in the second hour of running.

“I think good that we’ve got a good understanding of the new bits on the car,” Norris said.

“They’re performing as expected, which is in some ways similar to the way the car felt before the update, with just some small tweaks in the way that it works, and acts, which is what we want.

“The pace is not looking like it’s there at the minute, we’ve got a lot to find if we want to get into Q3 tomorrow, more than normal, but we’ll give it a good shot, work hard overnight and see what we can unlock.”

Andrea Stella, McLaren’s Executive Director of Racing, added: “The sessions this evening went according to plan, both drivers worked through their programmes with no major problems.

“It’s been good to introduce the new parts on Lando’s side, we’ve collected a lot of data that will help us optimise this new package.

“We have some work to do from a performance point of view, and overnight we’ll be analysing all of the information we gathered on track today, to get us into as good a place as possible for qualifying tomorrow and Sunday’s Singapore Grand Prix.”

McLaren is battling with Alpine for fourth in the constructors’ championship, currently trailing the Anglo-French operation by 18 points.

The outcome of that fight is worth millions in prize money, with Alpine showing far stronger Friday pace with both Esteban Ocon and Fernando Alonso ending Free Practice 2 inside the top 10.