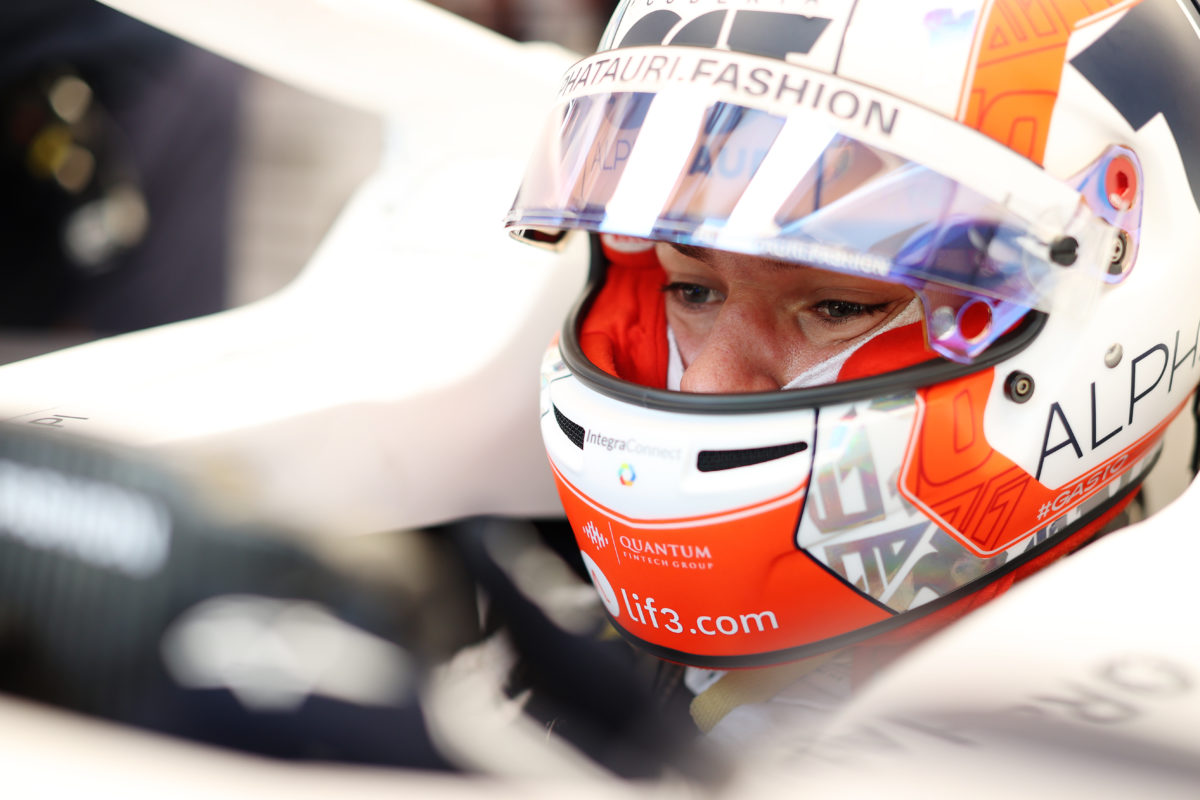 Pierre Gasly has described a mid-session fire on his Scuderia AlphaTauri as “just a bit of a barbecue” following Free Practice 2 for the Formula 1 Singapore Grand Prix.

The Frenchman clamoured from his car in the latter stages of the day’s second session after a fire broke out on the airbox of his AT03.

He’d just returned to the pits, mechanics lifting his car onto dolly wheels and beginning to wheel it back into the garage when it caught alight.

The 26-year-old quickly vacated the car as an Aston Martin mechanic extinguished the flames.

“It wasn’t ideal, got slightly hot, and when we connected the fuel breather [it] caught fire,” Gasly explained.

“But we could switch it off and restart again. So just a bit of a barbecue feeling but it was nothing too bad.”

The incident left the car with scorched paintwork but otherwise no significant damage, with Gasly soon back out on track.

He ended the day’s second session with the 14th fastest time, his best of 1:44.469s proving 1.9s off the pace set by Carlos Sainz.

This year’s event is the first Singapore Grand Prix since 2019.

Since then, parts of the circuit have been resurfaced, though it remains bumpy – Gasly suggesting even bumper than it used to be.

“A lot bumpier than previous on our side,” he said.

“I must say, in FP1 was pretty bad in terms of ride.

“I don’t know if it was the same for all drivers, but from what I recall [from 2019] it was definitely bumpy, but a lot less than with these cars.”

Team-mate Yuki Tsunoda suggested the bumps were worst at Turn 5, the right-hander around the back of the pit and paddock complex where cars swing onto Raffles Boulevard.

“I feel like Turn 5, entry into Turn 5 I feel like really bumpy,” Tsunoda said when asked by Speedcafe.com.

“I feel like visibility was quite an issue, but I kind of get used to it.”

A key to generating lap time around Marina Bay is being able to ride the kerbs.

It requires a compromise set-up between stiffness for ultimate grip versus compliance to ride and absorb the bumps and kerbs.

“You don’t want to focus too much to ride on the kerb,” Tsunoda explained.

“There’s always compromises for the performance.

“So we have a bit of fine tuning but FP1 , FP2 we understand the car more, we brought a couple of updates as well, so lots of things we have to understand.

“At least our [one] lap performance seems okay – bit of probably struggling on long runs, but hopefully we can prepare and put it all together in qualifying and the race.”