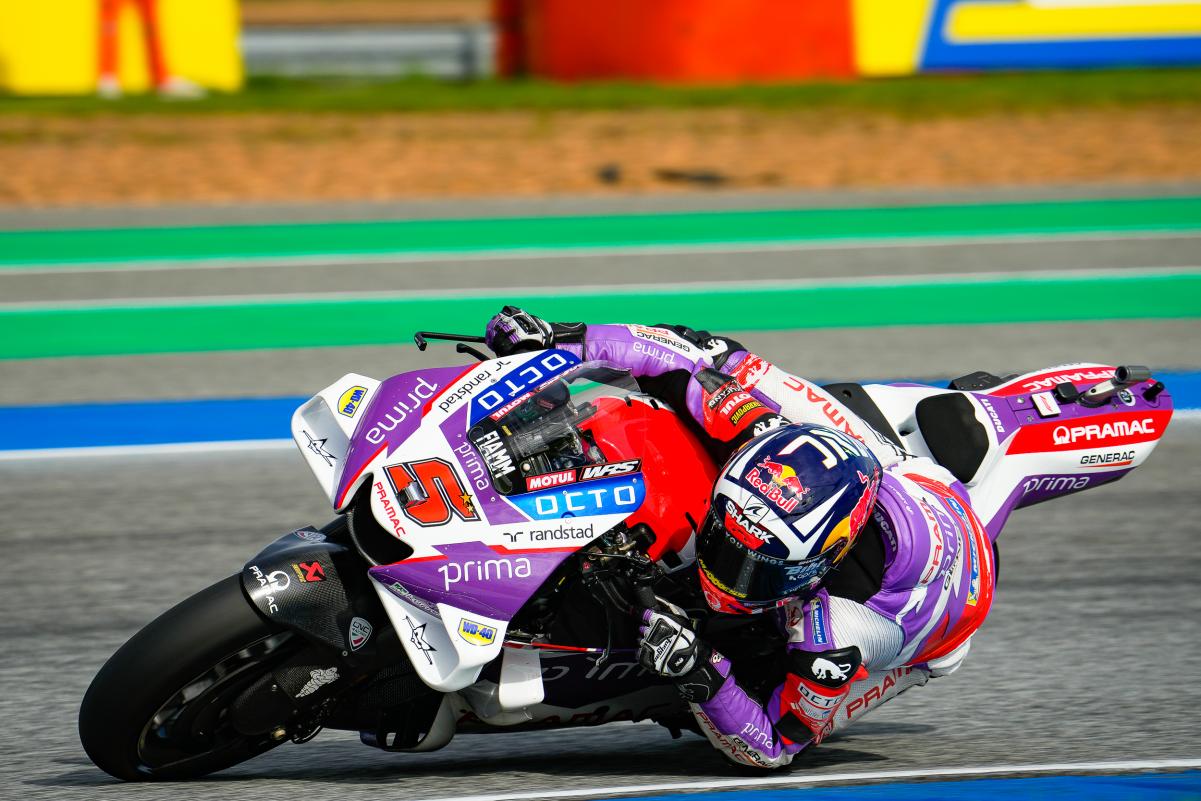 Johann Zarco has set the pace in a Ducati one-two-three in Friday practice for the Thailand MotoGP.

The Prima Pramac Racing rider clocked a 1:30.281s with the chequered flag out on Free Practice 2 at Buriram to edge Francesco Bagnaia (Ducati Lenovo Team) by 0.018s.

Neither of the latter three improved in FP2 on their Free Practice 1 efforts, when Marquez topped that session on a 1:30.523s despite an early lowside crash at Turn 3.

Those 10 are highly likely to go through to Qualifying 2 directly given the forecast of rain on Saturday morning when Free Practice 3 takes place, which spells bad news for Aleix Espargaro.

The Aprilia Racing rider is 13th having moved his personal-best only to a 1:30.892 in FP2, as he tries to reduce his 25-point deficit to Quartararo in the championship.