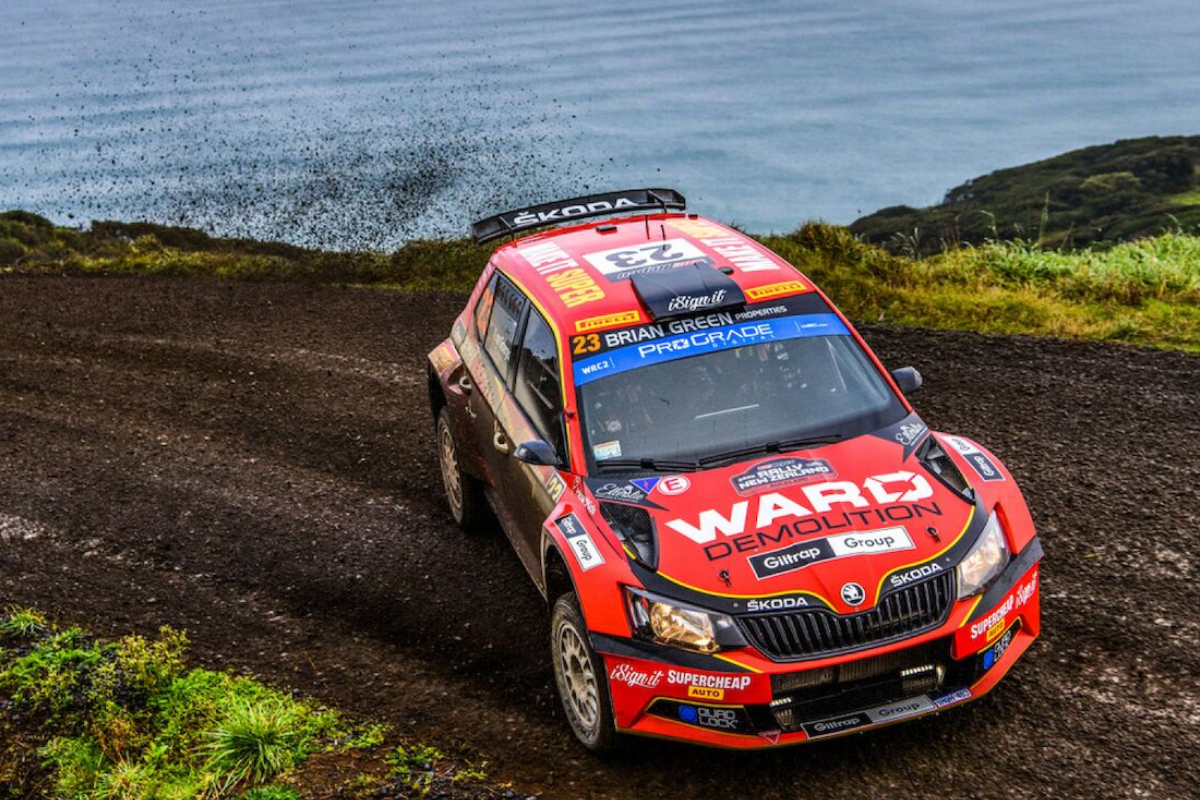 The two-time Supercars Champion and current 2022 Supercars leader was third fastest in the WRC2 class and 12th overall, alongside co-driver Glen Weston in their Supercheap Auto-backed Škoda Fabia.

His only setback in an otherwise impressive outing was a spin in Special Stage 4.

Van Gisbergen was left elated following the conclusion of action.

“Whaanga Coast was the most fun I’ve ever had in a race car,” he enthused.

“Man, what an awesome day. I’m just having a ball, living my dream.

“Looking forward to the next two days. Hopefully get better and tidy up a few mistakes.

“I’m stoked to have Glen [Weston] here and we’ve had an awesome day.

“That was epic. It was very hard to read. I’m sort of learning as I go with the mixed conditions.

New Zealand pairing Hayden Paddon and John Kennard paced the field in WRC2, topping the timesheets for the class to finish the day ninth fastest overall.

New Zealanders Ben Hunt/Tony Rawstorn briefly moved up the leaderboard into fourth, before their Skoda Fabia Evo clipped a rock on a high-speed left-hander 8.8km into Special Stage 7, that saw them end the fence, dropping them down the order to 10th in class and 22nd overall.

The Australian privateer effort of Luke Anear and Andy Sarandis finished the day eighth in class and 19th overall.