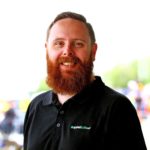 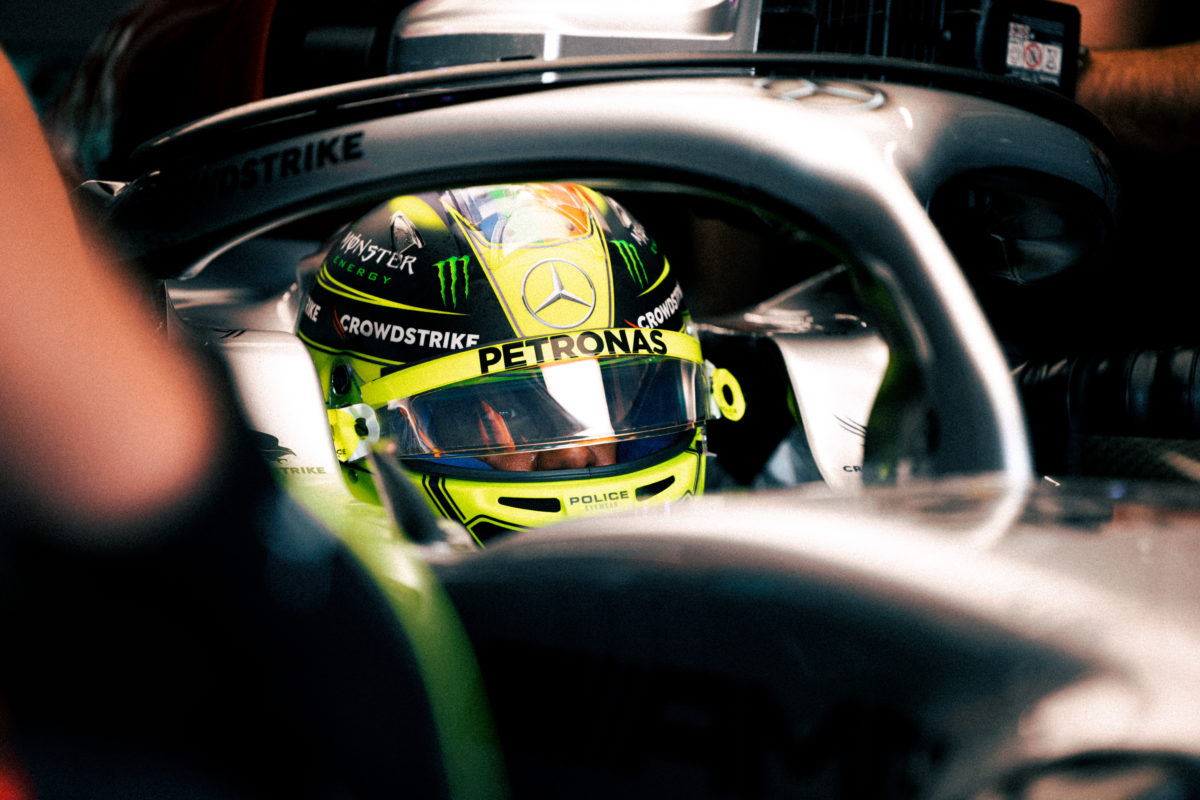 A qualifying simulation lap deep into the 60-minute outing moved the Mercedes driver fastest, less than a tenth clear of his Red Bull rival.

Charles Leclerc was third best after being stuck in the garage in the early minutes with brake problems on his Ferrari.

It was an unusually busy start to the session with all 20 cars heading out within the opening 10 minutes.

Verstappen was the early pacesetter, logging a 1:45.466s that left him nearly two seconds clear of the pack.

A number of teams were evaluating developments, including McLaren which had coated Lando Norris’ sidepod in flo vis paint.

He sported a new floor too, as did constructors’ championship rivals Alpine – its upgrade on both its cars.

Just shy of the 15-minute mark, George Russell nosed lightly into the tyre barrier at Turn 11.

The Mercedes driver seemed to get away with the moment without damage, though did return to the garage to have the car assessed.

On a set of the medium compound tyres, Verstappen continued to enjoy strong early pace, lowering the benchmark time to 1:44.236s with 20 minutes gone.

His advantage sat at 1.6s to team-mate Sergio Perez, with Fernando Alonso third fastest to that point.

Leclerc meanwhile had just an installation lap to his credit and remained in the garage with brake issues.

The circuit fell almost silent with 25 minutes gone, Leclerc one of only four drivers on track after Ferrari resolved the issue which had prevented his early running.

His first timed lap resulted in a 1:47.623s, elevating himself from last without a time to 12th on the totem. That time was set on the hard compound tyres, improving to a 1:46.817s with his second effort soon afterwards.

With 25 minutes remaining, Verstappen emerged on a set of soft compound tyres.

As he did so, Lance Stroll rose to second fastest with a 1:45.221s lap, 0.985s down on the best of the session. Soon after, the Canadian found the wall at Turn 5, tagging the left-rear wheel on exit.

The Aston Martin driver limped the car up Raffles Boulevard, managing to draw the yellow but not the red flag initially.

It did eventually come, but only after Verstappen had completed his own soft tyre run, logging a 1:43.117s to return himself to the top of the timesheets.

Sergio Perez had briefly gone fastest with a 1:43.839s on his own qualifying simulation while Esteban Ocon had managed a 1:44.736s to sit third best during the stoppage.

The interruption lasted just five minutes before running resumed, Carlos Sainz heading out on a set of soft tyres.

He set two personal best sectors before a moment at the final corner saw him run wide and drop time. Even still, it was a lap good enough for third fastest, a 1:44.138s.

Lewis Hamilton then deposed Verstappen from top spot with a 1:43.033s –0.084s faster than the championship leader – with five minutes remaining

A moment for Verstappen at Turn 16 left him skating long in the braking zone, though a quick flick turn saw him back on track.

The session ended with Hamilton fastest from Verstappen, Leclerc third best from Perez.

Russell was fifth, just over a second off the pace of his team-mate while Sainz was sixth fastest.

Rounding out the top 10 were Ocon, Stroll, Pierre Gasly, and Alonso.