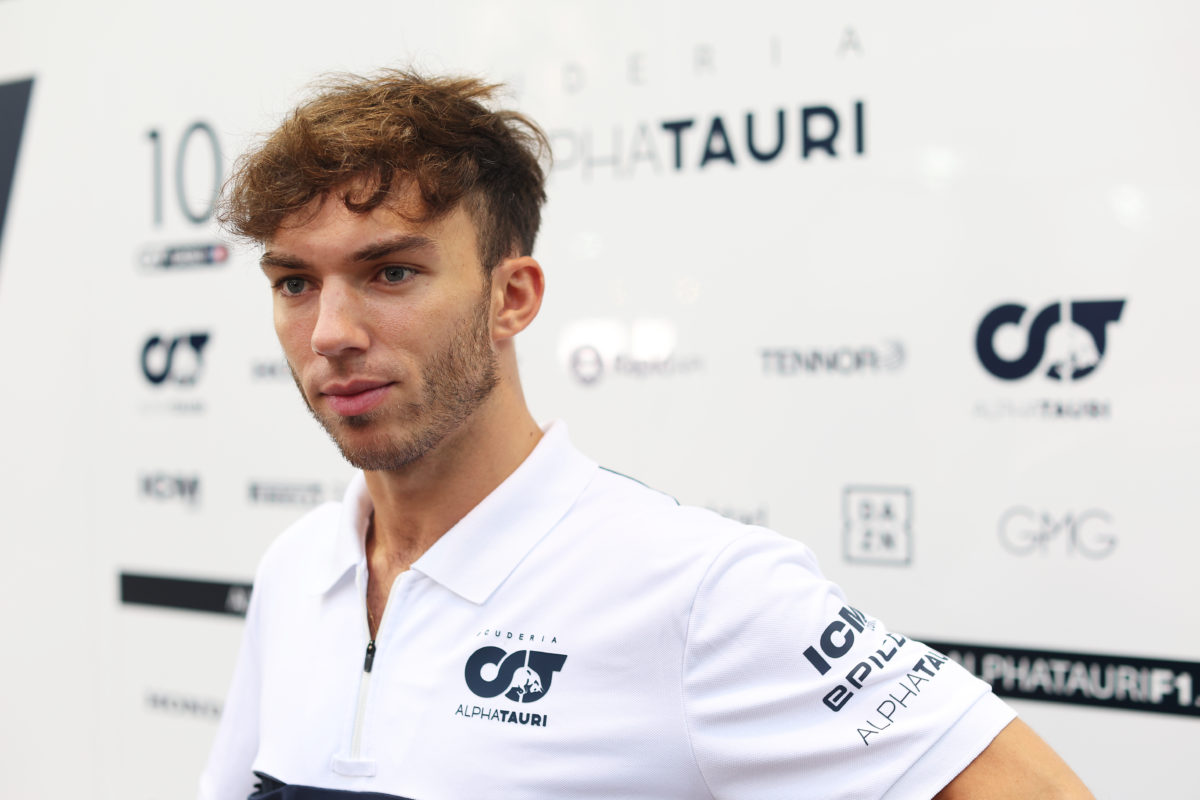 Another piece of the 2023 Formula 1 driver puzzle is set to drop into place next weekend with Alpine ready to confirm Fernando Alonso’s replacement.

Speedcafe.com understands an announcement could come as early as Tuesday confirming Pierre Gasly’s arrival at the squad.

The Frenchman has long been courted by the Enstone operation though his switch was predicated on Scuderia AlphaTauri signing a suitable replacement.

Gasly was contracted with Red Bull for next season, though an eight-figure buy-out figure was negotiated on that deal.

Speaking in Singapore, the 2020 Italian Grand Prix winner was giving little away.

“Obviously everybody knows the ongoing conversation and discussion,” he said.

“On my side, hopefully in the next two, three weeks hopefully we should have a clear answer on my future.

“But yeah, so far nothing has changed, and when there will be something confirmed on my future, I’m sure you guys will know about it.”

Alpine is in the market for a new driver after Alonso opted for a move to Aston Martin next season.

The Spaniard was not expected to leave his current employer, his decision triggering a wild period of the silly season that looks likely to at least interrupt, if not end, Daniel Ricciardo’s career.

Alpine also lost out on the service of Oscar Piastri by dallying over Alonso’s future while simultaneously not locking down the young Australian within its operation – an opportunity it certainly had.

With the departure of both Alonso and Piastri, a replacement was needed in a hurry.

While Ricciardo was available, likely at a knock-down price, he was never the front runner for the drive.

Gasly quickly emerged favourite, the 26-year-old in a holding pattern within the Red Bull ranks given both Max Verstappen and Sergio Perez have deals until at least the end of 2024.

Without a clear path to progress within the Austrian company’s framework, it made sense to look elsewhere, with Alpine an attractive proposition.

It will see Gasly join Esteban Ocon for 2023 in what is tipped to be a fiery partnership.

The implication of the impending Gasly announcement is that Scuderia AlphaTauri must have secured a replacement.

While, initially, Colton Herta was the preferred option, the American was not afforded a dispensation on his Super Licence – as foreshadowed by Speedcafe.com.

Instead, Red Bull turned its attention to Nyck de Vries, who is understood to have met with Helmut Marko in the days following the Italian Grand Prix.

The Dutch driver impressed when substituting for Alex Albon at the Italian Grand Prix and is handily out of contract with Mercedes come the end of the season.

With the expected confirmation of Gasly to Alpine, the logical extension is de Vries to Scuderia AlphaTauri, leaving just Haas and Williams to lock away its pairings for 2023.

In Haas’ case, that looks most likely to be continuing with Mick Schumacher while Williams has recently announced Nicholas Latifi will leave the operation at year end.

With Latifi out of the picture, the list of available options to replace the Canadian is comparatively short.

Given the probability of de Vries inking a contract with Scuderia AlphaTauri, and the unlikeliness Ricciardo will sign for the operation, Logan Sargeant emerges at or near the top of the team’s shopping list.

The American has had something of a breakout season in Formula 2, and already has close ties with Williams through its own junior driver programme.

Sargeant in on the ground in Singapore – as is de Vries for Mercedes and Liam Lawson for Red Bull.

Gasly’s confirmation, therefore, has a significant domino effect on the remainder of the driver market.