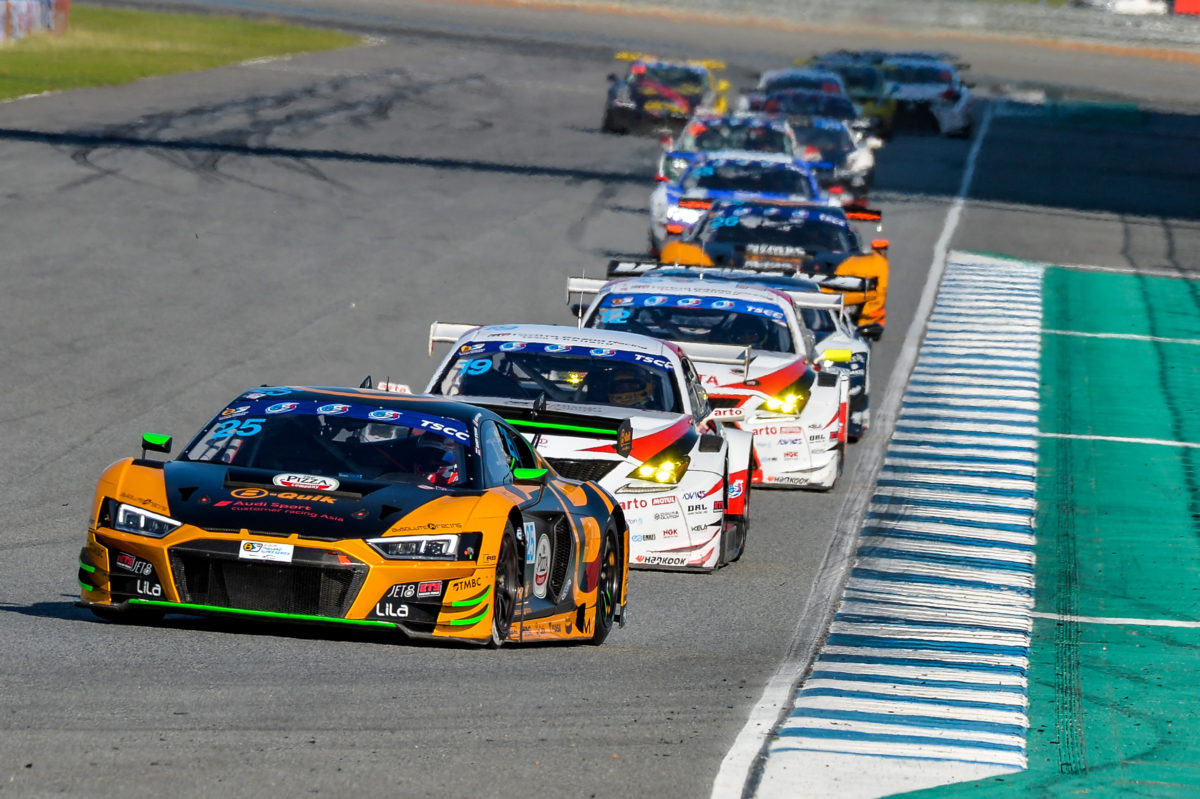 Speedcafe.com has continued with its commitment to motorsport around the world by becoming the exclusive and official media partner of the Thailand Super Series (TSS) across Australia, the United States, United Kingdom, and New Zealand.

The TSS is a leading Asian circuit racing championship and the premier series in South East Asia with a diverse multi category programme that’s headlined by an exclusive FIA GT3 category.

To mark their 10th year, the TSS will this weekend (September 30-October 2) join the Singapore Grand Prix support programme with a 25-strong entry packed with the latest GT3, GT4 and GTC cars competing.

The five round series has an event at the Bangsaen Street Circuit, three events at the Chang International Circuit and the additional event being held in Singapore.

Action will be livestreamed on Speedcafe.com, with the first event to be shown through the website on October 27-30 live from Chang International Circuit. If you’re unable to catch the live action, Speedcafe.com will keep you up to date with news updates and results as they come in.

“At Speedcafe.com, we are committed to every aspect of motorsport both here in Australia and abroad,” said majority shareholder Karl Begg.

“We have a passion for motorsport and we know that there has been continued growth throughout Asia in recent years.

“The TSS is doing some great work for the sport in Thailand and seeing it expand this week into Singapore as a support category to F1 Grand Prix shows how much popularity it now has.”

Speedcafe.com Commercial Manager – Asia, Troy Williams, is pleased for the site to be an exclusive media partner for the remainder of 2022.

“It’s great that Speedcafe.com will take the live broadcast of each round of the TSS,” said Williams.

“They do a full broadcast of five or six categories that run in the day from GT cars down to local small capacity sedans and hatches, so there will be plenty of racing to watch. Speedcafe.com will be the source of TSS outside of Thailand.

“In recent years it’s gone from strength-to-strength and has become one of the strongest GT series in Asia. They have some exciting circuits and attract a lot of drivers from all across the globe including many Australians.

“To this week be racing as part of the program before the Singapore Grand Prix just shows how well regarded the series is. They are heading in the right direction and recognised in the top-tier of Asian motorsport. It’s recognition and testimony to the quality of racing and quality of fields that they put together.

“They put on a hell of an event, get big crowds and it’s a really great spectacle.

“We’re a multicultural society and we know that people have a keen interest in watching all categories of motorsport. It’s great that people will be able to watch it live on Speedcafe.com.”

* Due to the Formula 1 broadcast rights, the round being held at the Marina Bay Circuit in Singapore this weekend is unable to be livestreamed. Updates and race results will still be updated.