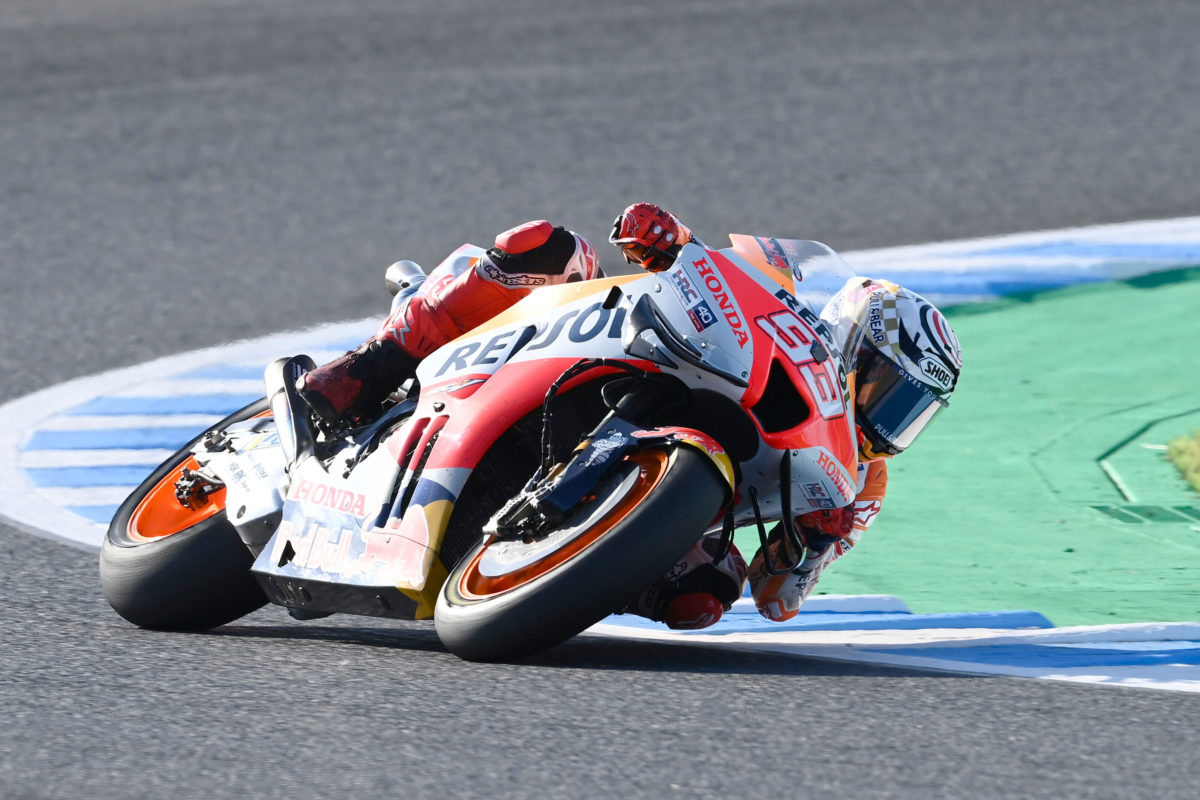 Marc Marquez says that the Japanese Grand Prix was the first occasion in which he went pain-free for “a long time”.

The six-time premier class champion, in just his second round back from the latest operation on his right arm, finished fourth at Motegi.

He did so off the back of his first pole position in almost three years, before the shocking crash at Jerez in mid-2020 which left him with a badly broken humerus.

Perhaps more significant, however, was how he sustained his pace.

While Jack Miller dominated the 24-lap race, Marquez only regained fourth position when he passed Miguel Oliveira on Lap 22, which he took as a positive sign.

“I’m really happy because it was a solid race, but the most important thing is that I didn’t feel pain during the whole race,” said the Repsol Honda rider.

“I felt like the arm was lazy. I felt tired in the end, but I didn’t feel pain and for me that is the most important.

“For that reason, I was also able to attack Oliveira. It was long time ago since I had the feeling to attack somebody in the last laps, because the pain was there and it was difficult to even keep concentration in the past.

“But [in the race] I didn’t feel pain, I just felt tired, but everything was under control.”

Marquez equalled his best result for the season to date, but reiterated that he will continue to struggle physically over a race distance for some time.

Even finishing fourth, says the Catalan, is an outlier at the moment.

He reasoned that the nature of the Motegi circuit and rain on qualifying day helping his and Honda’s cause, with a result near the back end of the top 10 more realistic.

“The arm situation, we know with more kilometres will be better; and the bike, we need to improve.

“It’s true that it was a good weekend. But it’s also true that the rain on Saturday helped me a lot to keep fresh [save energy] and to start from pole position.

“We need to also keep calm because this circuit affected the weak points of our bike less.

“For that reason, I was able to be fast from FP1, even though I rode with exactly the same bike, more or less, as Aragon [previous round], but here we were closer to the others.

“So, I’m always honest and in a normal weekend, I believe that will be seventh, eighth, ninth position, not fourth.”