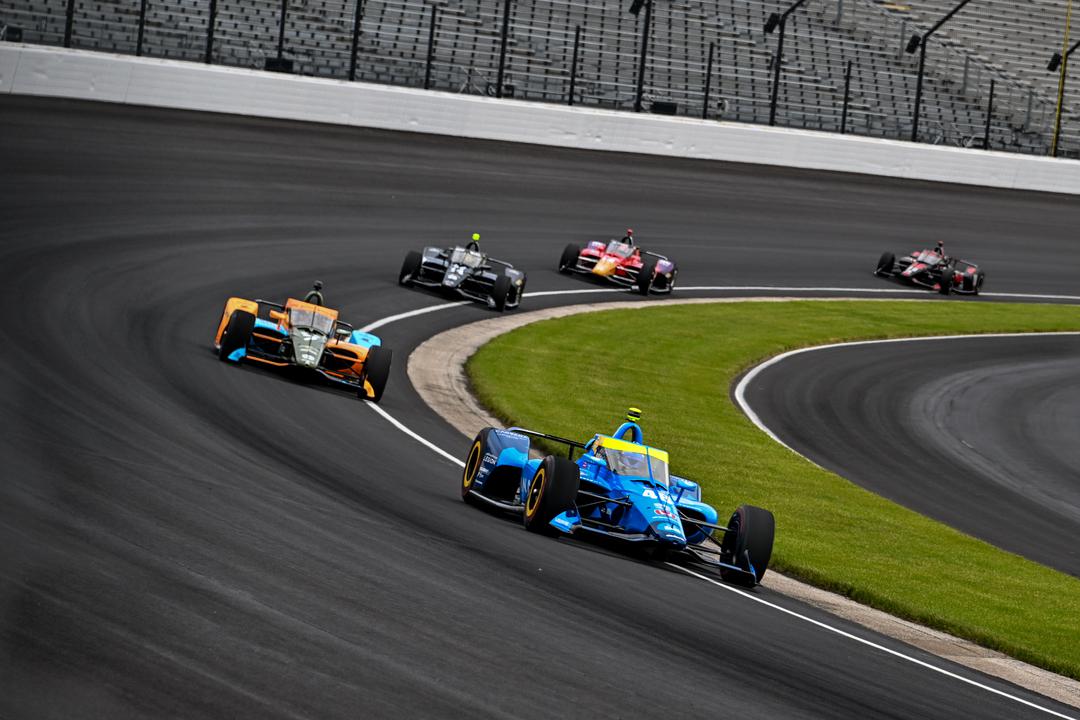 Jimmie Johnson during Carb Day at the 2022 Indianapolis 500

The seven-time NASCAR Cup Series champion recently announced that he will not compete full-time in IndyCar in 2023, as he had done this year.

As yet, there is no certainty on what Johnson’s IndyCar programme looks like, or indeed if he will have one going forward.

The man himself is “not exactly sure what the next chapter holds”, although Chip Ganassi, whose team has fielded him for the last two seasons, has expressed a willingness to maintain the relationship.

That could mean Johnson contesting the Indianapolis 500 and Charlotte 600 on the same day.

“I’m seriously considering it,” he said regarding the prospect of the Memorial Day weekend ‘double’.

“When I look at bucket list opportunities, there’s Le Mans, the shot of winning the Rolex 24 [Daytona], and there’s the double.

“Those three are really at the top of the list.”

However, Marks also runs the ‘Project 91’ entry and while that is earmarked as a means of giving cameos to high-profile international drivers, such as Kimi Raikkonen, he has publicly stated his enthusiasm for putting Johnson in the car too.

“He’s been a long-time friend and somebody I stay in touch with,” said Johnson, who won his seven NASCAR Cup Series titles with Hendrick Motorsports, of Marks.

“He’s certainly made it known that the Project 91 car is available if I have interest, so I’d need to continue those conversations forward.”

Intriguingly, Trackhouse could also seek to run an IndyCar of its own.

“I don’t think I would say no to any possibility in the future for this brand,” Marks said on Sirius XM radio in recent month.

“I love racing so much, and it’s a great time in the industry with a lot of momentum.

“I look at businesses that Roger Penske has built, that Chip has built, I look at Andretti Autosport and my friends over at Meyer Shank Racing, and there’s a way to structure these businesses so you can really be able to scale.

“I’d love to go to the Speedway and run a Trackhouse car at the Indy 500, and I’ve already started having discussions like that just to see what it would look like.

“I don’t think there’s any limit to how big our dreams can be around this company.”

Meanwhile, McLaren SP has emerged as a possible facilitator for the ‘double’ aspirations of Kyle Busch.

As part of his contract to drive in NASCAR for Richard Childress Racing from next year, the two-time Cup Series champion is allowed race in the Indianapolis 500, at least with a Chevrolet team.

Notwithstanding that it is expanding to three full-time entries next year, McLaren SP is in talks with Busch about the idea, reports Associated Press.

The papaya squad ran three cars throughout the Month of May for the last two years, although the Juan Pablo Montoya entry was on top of its usual two.

In 2023, Alexander Rossi joins Pato O’Ward and Felix Rosenqvist in the squad, meaning Busch would take the squad to four at the Brickyard on Sunday, May 28.