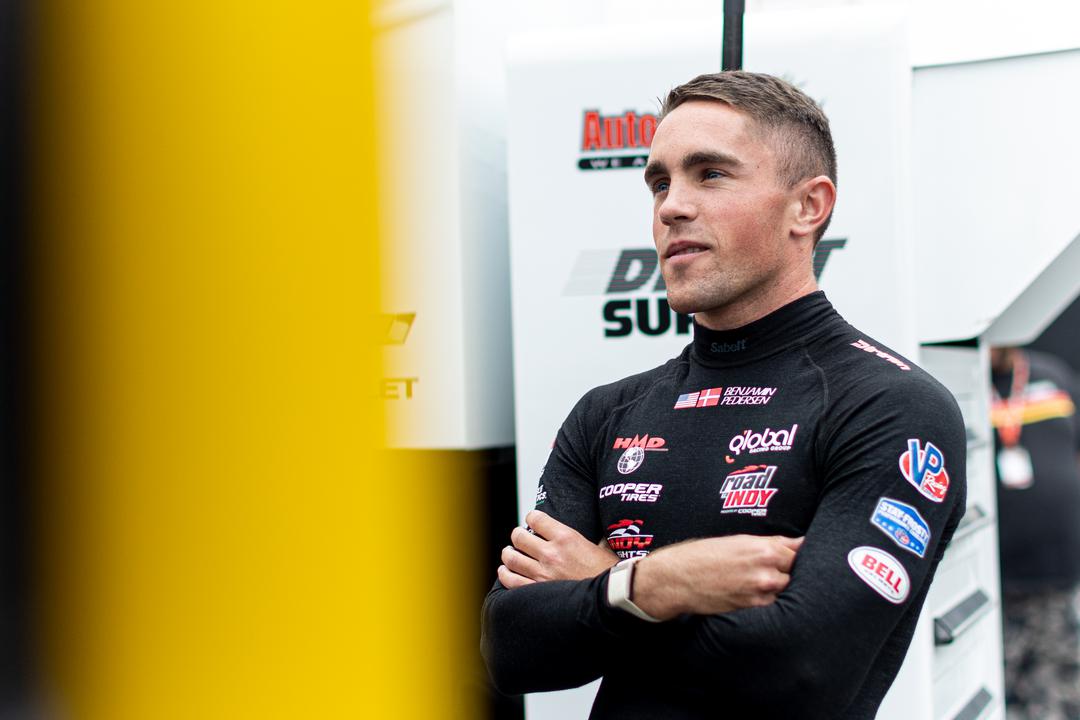 Benjamin Pedersen has signed a contract to drive for AJ Foyt Racing from the 2023 IndyCar season.

The Danish-American dual citizen’s agreement “spans multiple seasons”, according to the team’s announcement, and “is aligned to a longer-term plan for AJ Foyt Racing.”

Driving for Global Racing Group w/ HMD Motorsports, he finished fifth in this year’s Indy Lights series with a victory at Portland along the way.

However, the 23-year-old has sat in with the Foyt squad during sessions and team meetings after President Larry Foyt received a tip from a “trusted colleague” about him.

“We are really looking forward to having Benjamin as part of the team,” said Foyt.

“His enthusiasm is infectious, and he is 100 percent committed to IndyCar, AJ Foyt Racing, and doing the best he can to win races.

“It’s been great to have him embedded with the team this past season, and everyone is excited to hit the ground running when testing begins.

“It is also great to have a multi-year programme in place, which will help him and the team grow together.”

Pedersen himself said, “I’m super excited to get going with the team.

“I’ve spent a lot of time this season with AJ Foyt Racing learning the ins and outs of making the jump to IndyCar and it’s been really nice to do that in conjunction with my Indy Lights season.

“IndyCar has been my target goal since I started open-wheel racing in 2016. The racing, atmosphere, fans, events, tracks, et cetera are all awesome.”

Intriguingly, Foyt’s announcement only confirmed that he will “drive one of the team’s Chevrolet-powered Indy cars,” with no car number specified.

It had been a three-car operation until the #11 entry dropped off the grid due to a sponsorship shortfall, and Kyle Kirkwood has vacated the #14 entry to return to Andretti Autosport, with which he won the 2021 Indy Lights series title.

Dalton Kellett, who drove Car #4 this year, thus appears no certainty of staying on for a fourth season with Foyt.

The team will begin testing in January, with the opening race of the 2023 season to take place at St Petersburg on March 5.