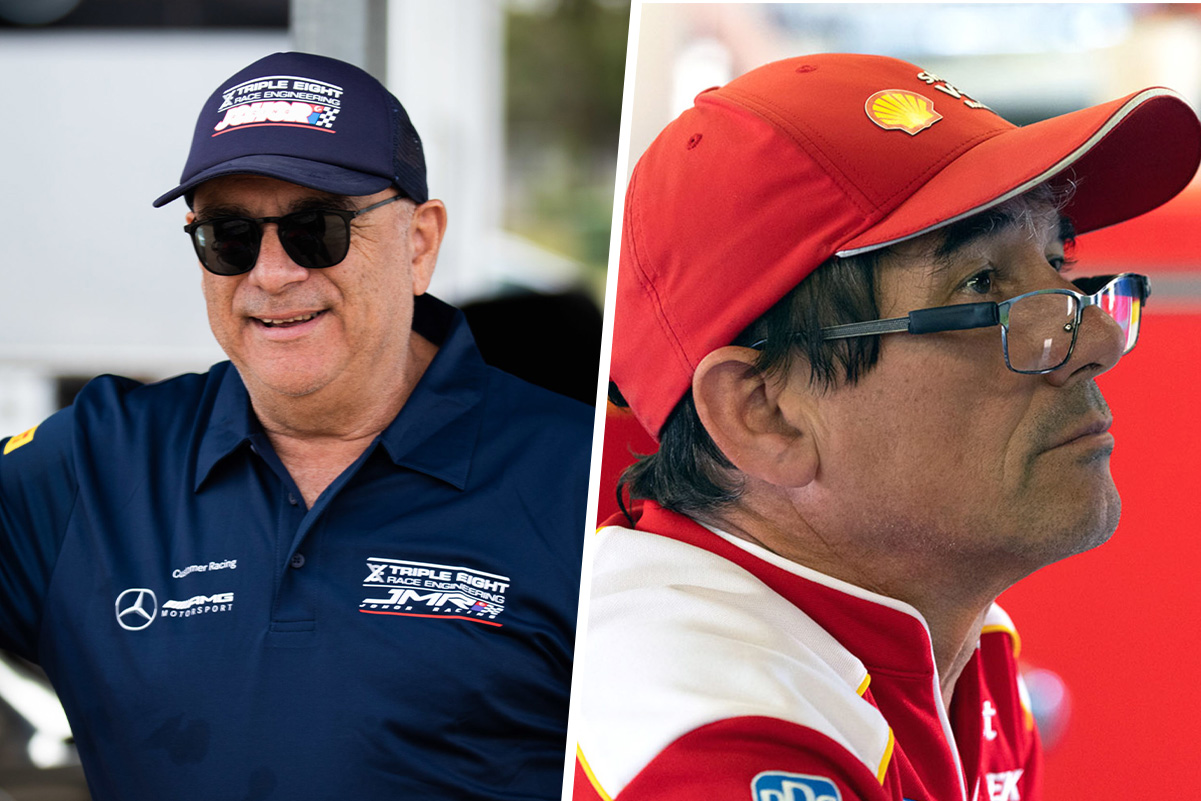 Roland Dane has opened up on the messy departure of Ludo Lacroix from Triple Eight Race Engineering in 2016.

Lacroix was a founding member of Triple Eight’s Supercars team, having begun working for the organisation in the United Kingdom in 1999.

The Frenchman, who was a technical director at Dane’s squad at the time, sensationally defected to rival squad DJR Team Penske for the 2017 season.

Details of what went on behind the scenes have come to light in Episode 5 of the Inside Line docuseries, which aired tonight.

Dane, who was Team Owner at the time, said Lacroix had made phone calls to an American number, presumably that of a Penske representative, from his Triple Eight company phone.

“Him going was not an issue, it was purely the way he went about it,” reflected Dane.

“What struck me as strange is you’ve got somebody who is intellectually right up there — one of the smartest people you will ever meet — but hadn’t worked out that his company phone would show up if he had been talking to a number in America whose number I also had in my phone.

“It’s that sort of naivety I suppose that then led to him not doing it the right way.”

While Lacroix had made his exit from Triple Eight clear, Dane was allegedly kept in the dark of his long-time employee’s next move.

It was through second-hand information that the team boss found out of the engineering guru’s switch to DJRTP, though Lacroix had allegedly told Dane otherwise.

“However good an engineer he is — and he is second-best engineer in pit lane behind Jeromy Moore — the fact is, he is in-experienced, if you like, in handling these sorts of situations.

“Instead of just telling me the truth, he lied about having made contact with Penske and everything, etc, and had done a deal with them.

“Told me he was going sailing for a year or two.”

Speaking separately on the episode, Lacroix felt he did not need to disclose his move to a rival team.

“Sometimes when you’re changing jobs having to disclose where you’re going and what you’re doing [actually] stop you doing what you are doing,” he said.

“I was very clear with Triple Eight — I did say I would not be there [in 2017] and that was early September.

“So I gave them four months, which I needed no days within my contract; I could walk away on the 1st of January being there on the 31st of December. That was my contract.

“Would I like to be able to smooth that out? But that would have been probably very painful with RD at the time.

“I decided to do it that way… I’ve told you I’m not going to be with you, I don’t need to tell you where I’m going and what I’m doing.”

Daughter of Roland, Jessica Dane, shed light on the personal impact the series of events had on his father.

“He took Ludo leaving so to heart he didn’t come to work,” she said.

“For somebody who had worked for him, with him, for 17 years and to find out the way that he did that Ludo was going to the opposition…that really cut RD quite deep.”

The episode also touched on Lacroix and Roland Dane sitting next to each other on a flight following the season-opening Adelaide round in 2017.

“We had a good chat. So, no problem. As I said, as an engineer I’ve got huge respect for him,” added Dane.

Asked ‘would you ever have him back?’, Dane responded: “Triple Eight might, but while I was running it, no.

“I mean Ludo, he asked if he could come back a year ago [at the time of filming], and he asked everyone but me to ask me, and I said ‘no’.”