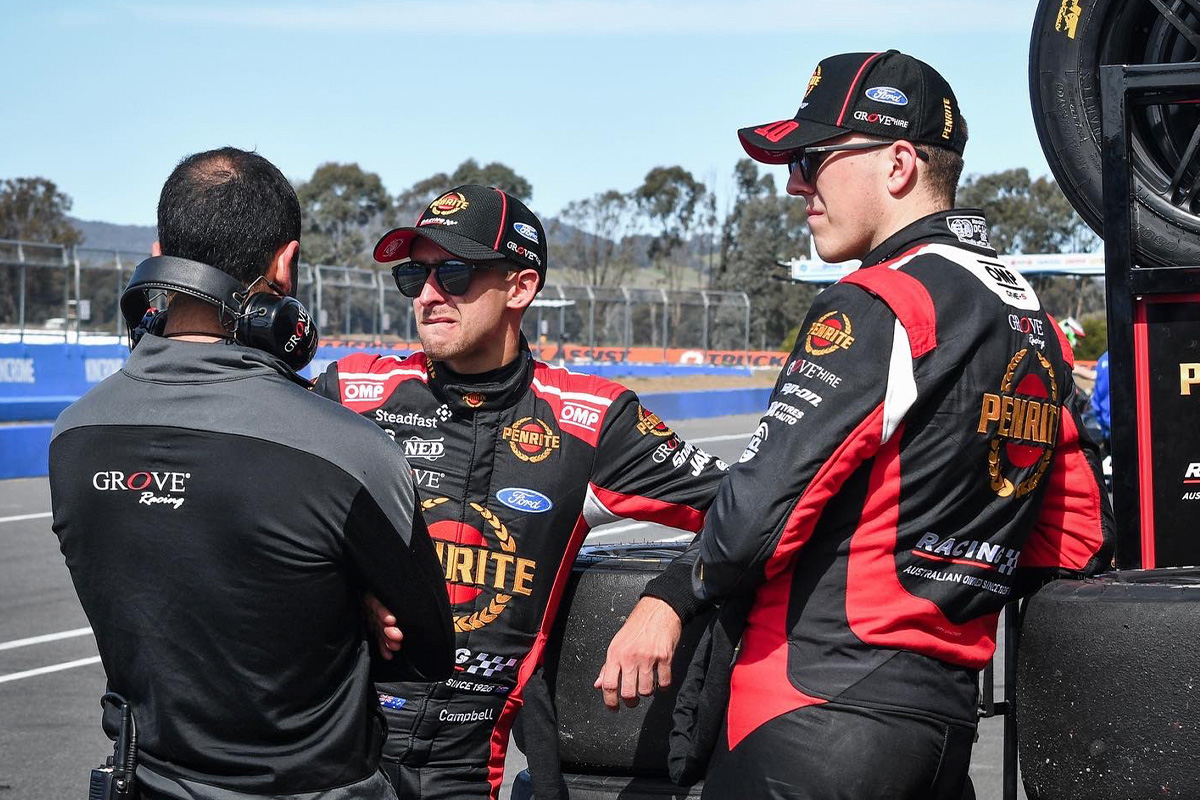 Matt Campbell has been impressed by the progression Grove Racing has made in the span of less than a year since he was last a co-driver for the Supercars team.

The 27-year-old is making his fourth Repco Bathurst 1000 start this October, pairing up with David Reynolds in the #26 Ford Mustang.

Campbell shared with Andre Heimgartner in 2021 when the squad was then known as Kelly Grove Racing.

The sportscar driver has also previously taken part in the Great Race in 2016 (Nissan Motorsport) and 2017 (Triple Eight Race Engineering).

Since last year’s visit to Mount Panorama, the Braeside squad has come under the complete ownership of father and son Stephen and Brenton Grove.

Key engineering appointments have also been made, with David Cauchi stepping in as Team Principal, a face Campbell previously worked with at Triple Eight.

“It’s quite nice, a lot of familiar faces; it’s always nice to come back to a team,” Campbell told Speedcafe.com.

“Obviously, we’ve got quite a number of new faces in the team compared to last year.

“But a couple of people that I’ve worked with in the past, like Cauchi, so it’s great to see also the progress that the team has made in more or less the space of 10 months since I was last with them.

“Bathurst last year, we all know, it wasn’t necessarily the easiest, but the team’s done a fantastic job this year.

“They are looking ahead to the future. So it’s really cool to see that progression.”

The crew recently had a pre-Bathurst test day at Winton Motor Raceway to make final preparations before the trip to the Mountain.

Campbell got the chance to cut laps in the #26 Mustang, with the day fitting neatly into his international racing schedule.

“It’s nice to get some laps in the car this year compared to last year where I didn’t get many miles before the 1000,” he added.

“It helps a lot compared to last year where I hadn’t been in the Supercar for two-three years, so it was much easier to be able to acclimatise to the Supercar again.”

While it will be his first time sharing with Reynolds — a former Great Race winner in 2017 — Campbell says there hasn’t been much of an adjustment.

“Dave might be a bit of a character on the outside, but certainly when it comes to racing and behind the scenes, he and Alistair [McVean, Race Engineer] obviously have a really good relationship.

“It’s quite easy for me to fit in with those two; it makes my job quite easy.

“I also got to see how Dave works last year when I was with Groves, and I think it was always going to be an easy transition this year, knowing what to expect going into the enduros again, even though I haven’t partnered with him.”