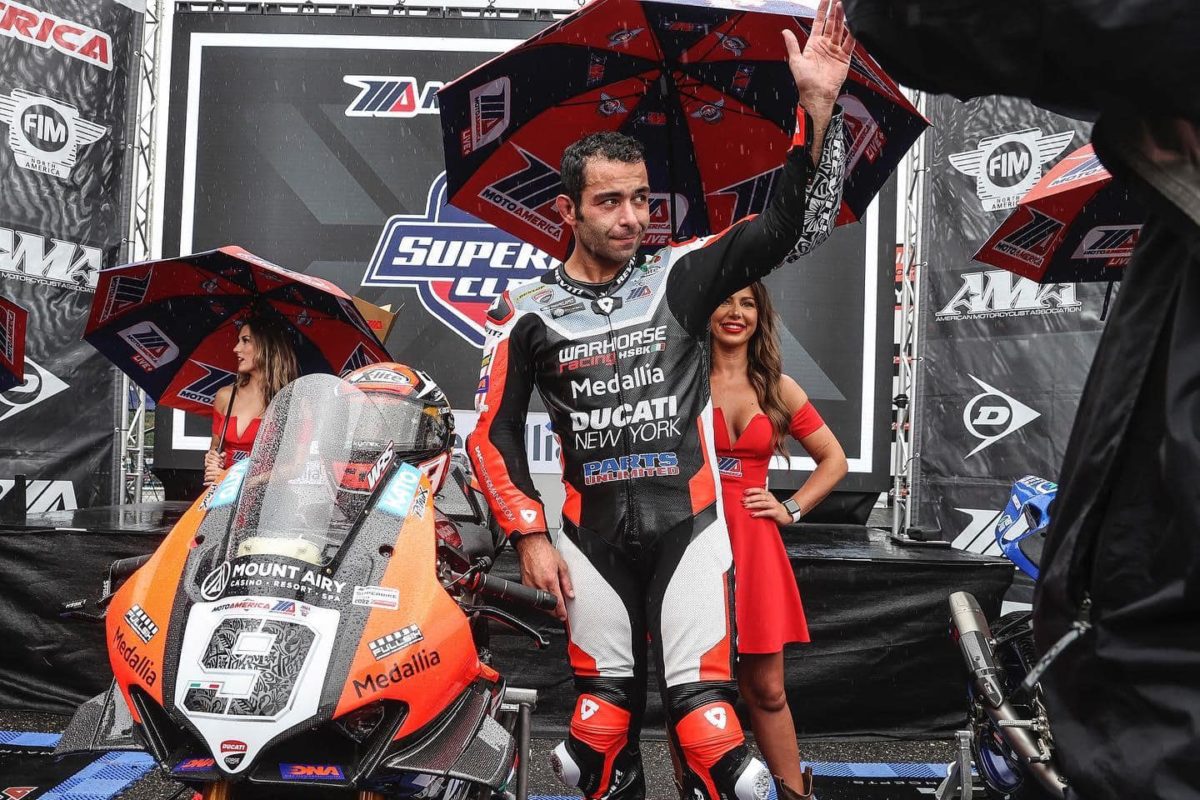 Danilo Petrucci has been called up to replace Joan Mir at Suzuki Ecstar in this weekend’s Thailand MotoGP round.

Mir has been ruled out of Round 17 of the season also following his latest MRI, after a highside in the 13th race of the season, at the Red Bull Ring.

Takuya Tsuda was officially upgraded from wildcard to injury replacement status last time out at Motegi, but Petrucci will fill that role at Buriram.

“Needless to say, I’m so happy for the chance to race in Thailand with Team Suzuki Ecstar,” said the Italian, a two-time MotoGP race winner who is currently riding a Ducati in MotoAmerica.

“I want to thank the team for giving me this fantastic opportunity.

“I also want to thank Ducati and my current team management for letting me take this stand-in ride.

“I’m really curious to jump on the GSX-RR and try it, it looks very fast and we know it’s a winning machine.

“I’m also eager to work with the Suzuki crew, that I’ve known for a long time now and we have a wonderful relationship.

“I know it won’t be easy, so I’m not putting any expectations on the experience, I just want to enjoy it.

“I’m also excited to be one of the few riders in history jumping from a MotoGP machine to a Dakar bike, a Superbike, then another factory MotoGP bike.”

Mir was replaced by Kazuki Watanabe at Misano but had tried to come back at Aragon, only to withdraw from that event midway though, at which time he was also ruled out of the Japanese Grand Prix which followed a week later.

On the latest setback, Team Manager Livio Suppo said, “Unfortunately after a new MRI, doctors have confirmed that Joan’s situation is improving but not enough to allow him to race in Thailand.

“Therefore, he will continue his rehabilitation in order to be fit for Phillip Island.

“We would like to thank Ducati for allowing Danilo to take this opportunity,” he added.

“We know Danilo is a ‘flagship’ for them and we really appreciate it – it goes to show that passion and understanding is more important than anything else in our sport.

“We therefore welcome Danilo to our team, we will do our best to make this weekend unforgettable for him.”

Suzuki arrives at Buriram off the back of a double DNF at Motegi after Tsuda’s bike caught fire during the race and Alex Rins subsequently retired to the pits.

The Hamamatsu marque has just four rounds left before it leaves MotoGP at season’s end, with Mir off to the Repsol Honda Team and Rins to its satellite outfit, LCR.