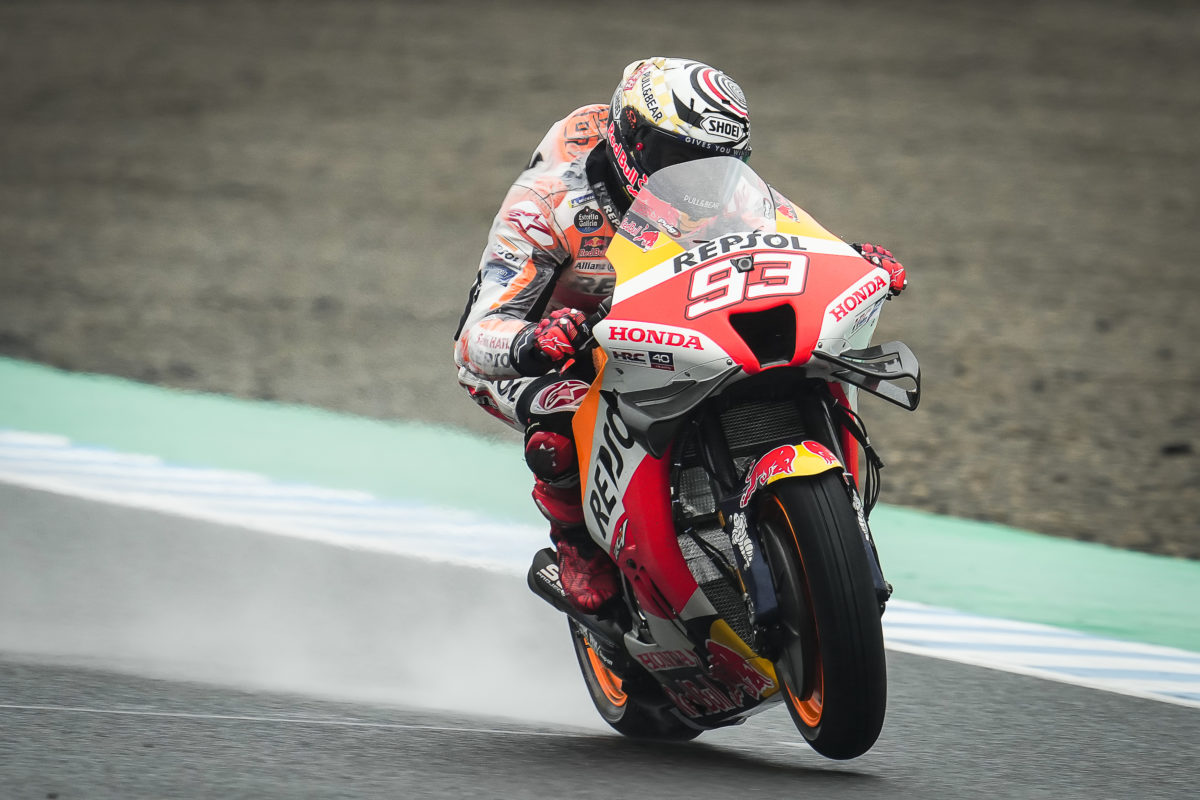 Marc Marquez claims he is only an outside chance of victory in the Japanese MotoGP despite qualifying on pole position.

The six-time premier class champion broke a pole drought of almost three years, dating back to the 2019 Japanese round, when he qualified fastest at Motegi.

This weekend’s event is just his second back after a fourth operation, in June, on the arm which he badly broke at Jerez in mid-2020.

Marquez has admitted to lacking fitness while Honda’s bike is perhaps the worst on the MotoGP grid at the moment and certainly far from the best.

However, #93 was sixth-fastest in the sole dry session so far at Motegi, on Friday afternoon, then set the pace in a wet Saturday morning practice session.

Later that afternoon, he went on to top Qualifying 2 by a full two tenths of a second, while the present-day title contenders are no better than sixth on the grid.

However, the Marquez claims he is not strong enough yet to maintain race-winning pace over 24 laps which are likely to unfold in dry conditions.

“Of course, I’m really happy to come back to the pole position,” said the Repsol Honda rider.

“It’s only pole position, it’s in the wet, but in the situation we are in, with the team and Honda, struggling a lot, it’s really good news for us.

“We need this small achievement, this small motivation and fresh air inside the box.

“I tried to attack and I did a good lap, I didn’t exaggerate [over-ride] and it was enough to be in pole position.

“Also, in the wet I feel the weak points of the bike less and I can take profit from that situation.

“But tomorrow [in the dry] will be a different story. We will come back to our natural place, right now.

“Always when I have a small chance, I will try, because it’s my character and the same as when I arrived in MotoGP.

“But [Sunday] will be a very long race. I already feel on Friday that I will struggle to be consistent and attack in all the laps.