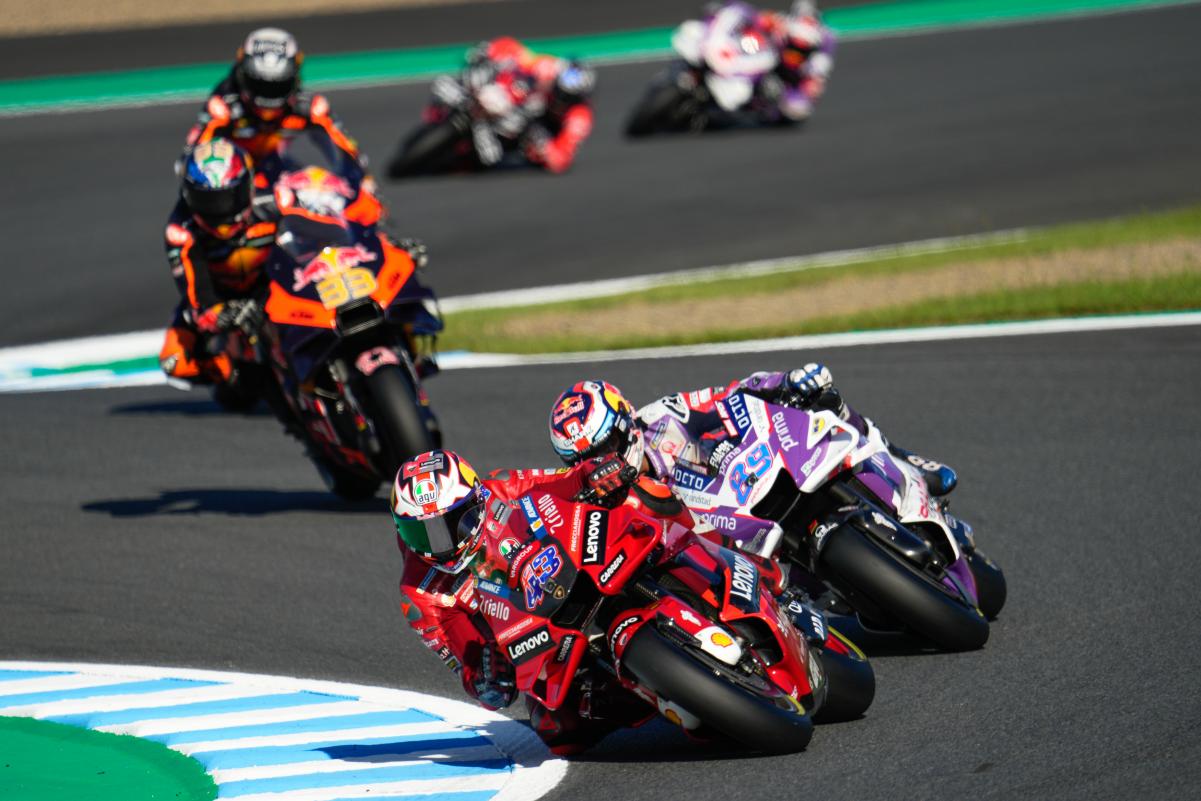 Jack Miller admits that the manner in which he won the Japanese MotoGP was a shock even to himself.

The Ducati Lenovo Team rider dominated on Sunday afternoon at Motegi, hitting the front on Lap 3 despite qualifying seventh, and then running away with the race.

His lead peaked at 5.464s with a lap to go before buttoning off on the last 4.8km as he clinched a fourth victory of his premier class career.

Two of the other three were rain-affected encounters, with the 2016 Dutch TT win achieved after a red flag period and the 2021 French Grand Prix triumph in a flag-to-flag affair.

While Miller is regarded as one of the better wet weather riders, his only previous victory in the dry had a significant element of fortune considering Fabio Quartararo lost a seemingly comfortable lead in last year’s Spanish Grand Prix due to arm pump.

Then, just two rounds ago, he crashed out of an early lead at Misano.

In the 16th race of the 2022 campaign at Motegi, however, it would be difficult to argue that ‘Jackass’ was not the class of the field.

“It was an emotional one, that’s for certain, as it always is with me,” he said.

“I don’t know why, but I was crying like a baby on the in lap.

“It was amazing to pretty much lead from start to finish.

“It was just a case of hitting my marks and not making an silly mistakes, which is quite easy to do here; outbrake yourself or whatever, and cost you a lot of time.”

Miller effectively inherited a grid position when Aleix Espargaro had to pit at the end of the sighting lap due to a technical problem with his RS-GP.

The Queenslander then made a bold move on Espargaro’s Aprilia Racing team-mate at Turn 5 before outbraking both Miguel Oliveira and Marc Marquez at the 90 Degree Corner to run third by the end of the standing lap.

Next time through, he also overtook Brad Binder at the 90 Degree Corner, before making it a hat-trick of passes at the bottom of the Downhill Straight when he prised the lead from Ducati stablemate Jorge Martin.

From there, Miller was not headed again.

While the victory might have been something of a surprise after only taking seventh on the grid in a wet qualifying session, he had been the pace-setter in the sole dry free practice session, back on the Friday afternoon.

When Miller moved into first position in the 24-lap race, he was going to be difficult to beat considering he had opted for Michelin’s hard rear tyre whereas Martin was on the medium. 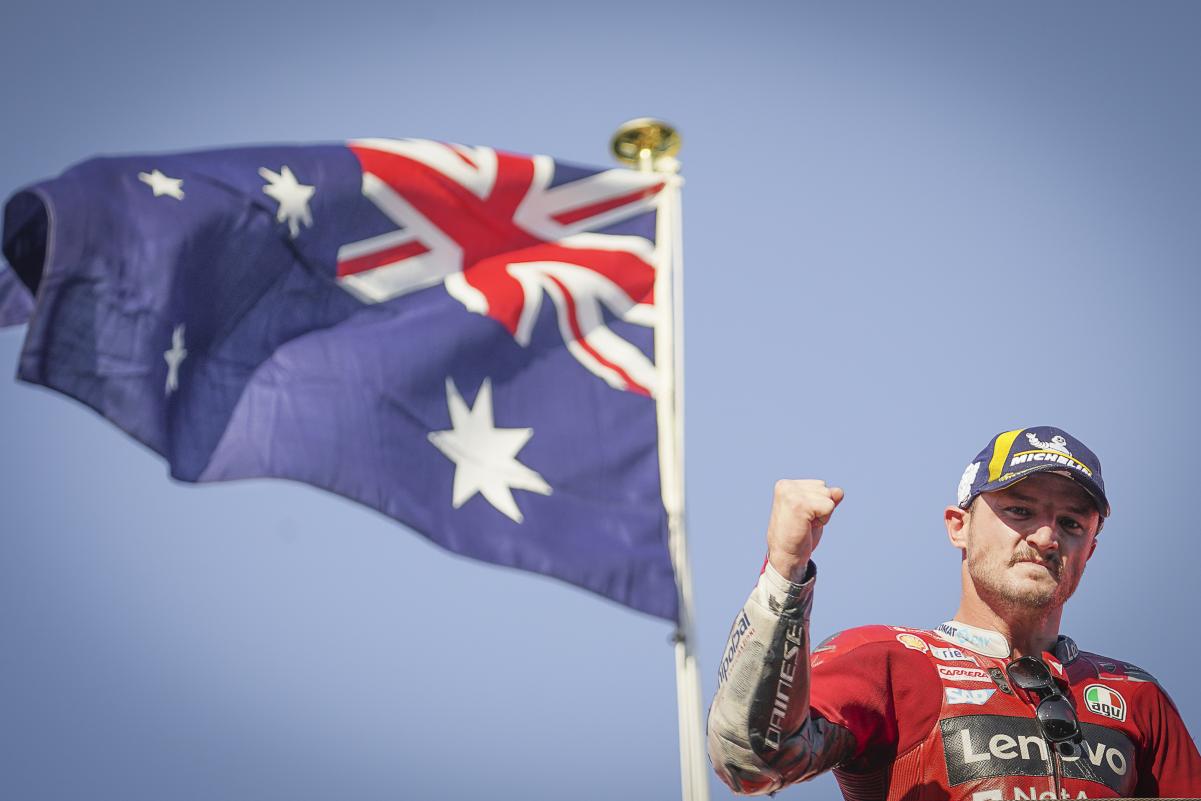 “Yesterday I was a little bit disappointed after the quali, I really felt like I could do a better job in the wet, but just didn’t feel myself.

“Being seventh on the grid, I thought, ‘Okay, we’ve got our work cut out for us but we can do a good job from there.’

“I knew my pace from the Friday practice and even this morning in the Warm Up, I was able to put in a heap of consistent 45s [1:45s laps] on that H [hard Michelin tyre], and felt like that was the race tyre.

“Once I got going, I seemed to be able to pick off the blokes relatively quickly, and then it was just left to Jorge.

“I fired it in pretty deep on him and he nearly got back, but once I hit the front, I was able to sit at my pace, knew where I could push, knew where I needed to manage.

“The bike worked amazing all day and I rode out of my skin, that’s for sure.”

Miller is on the way to Red Bull KTM next year and his future team-mate, Brad Binder, finished second for the Austrian marque’s factory squad, with Prima Pramac Racing’s Martin third.

The victory sees him consolidate fifth in the championship, now 11 points behind Enea Bastianini, ahead of practice at Buriram for the Thailand Grand Prix this Friday.