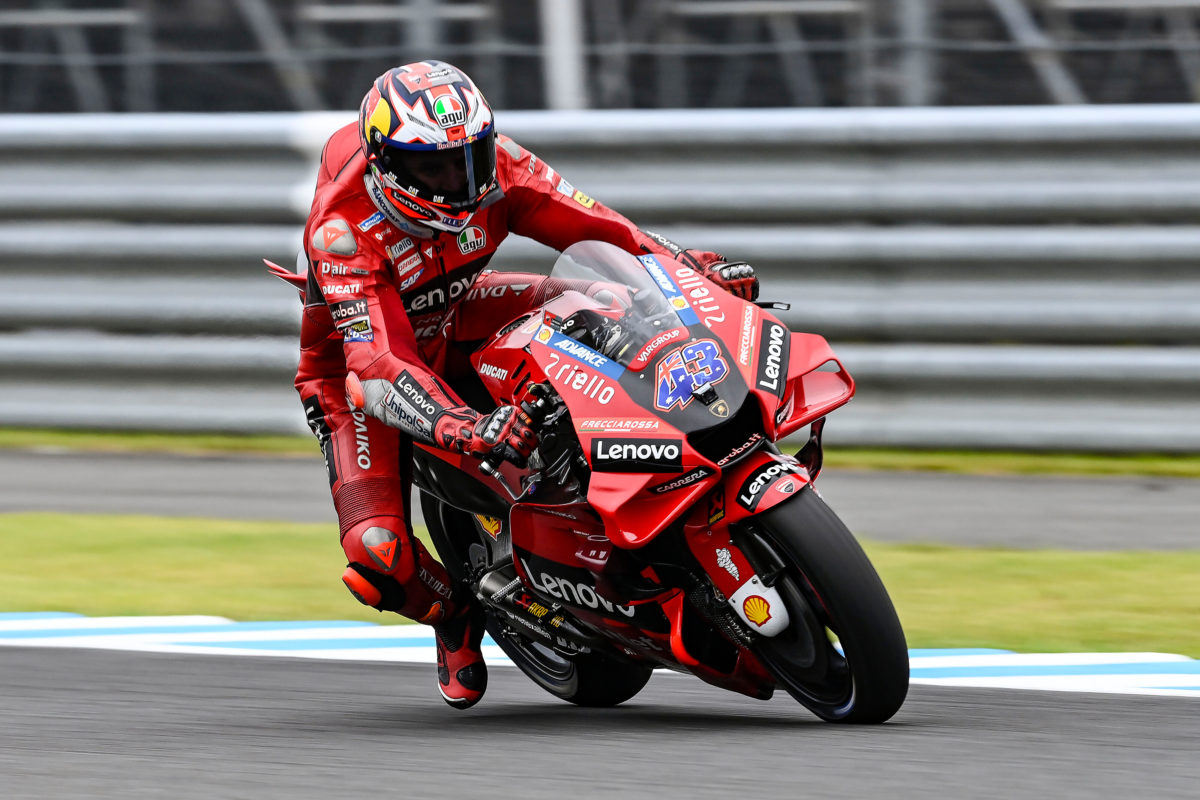 Jack Miller has labelled Marc Marquez “the boy who cried wolf” given his stated pessimism about winning the Japanese MotoGP after qualifying on pole position.

Marquez qualified fastest at Motegi in what is just his second round back after a fourth operation on the right arm which he badly broke at Jerez in mid-2020.

He did so in wet conditions, and claims that he is not fit enough yet to be competitive for 24 laps which are forecast to take place in the dry.

Miller, however, is not buying that.

“Marc’s on pole and Marc can win races around here; we all know that,” said the Ducati Lenovo Team rider, who qualified seventh.

“It’s a tough one to say… Of course, Marc is going well, and we all know he can turn it on, on a Sunday.

“Whether or not the fitness is there in his shoulder… It’s quite physical around here; A lot of hard braking, a lot of using your arms to try to keep yourself afloat. It will be interesting to see what he can do.

“Of course, he says it’s not [possible], but he’s said that a thousand times before.

“He’s the boy who cried wolf. I think he’ll be a threat.”

Championship leader Fabio Quartararo, who qualified only ninth, had a similar view.

In fact, the Monster Energy Yamaha rider says he is reconsidering his choice of Michelin tyre compound in light of the pace which Marquez showed when he went sixth-fastest in Friday’s dry practice session.

“Actually, he’s the one that’s making me doubt to go with the medium rear, because he made 1:45.1s.

“He has the speed, he has the pace, he’s starting from pole… I think you can put a coin on him for victory.”

Marquez reasons he is not strong enough for a full race in dry conditions.

“My opponents don’t understand on Friday how I was riding,” said the Repsol Honda pilot.

“I already understand on Friday that I’m not ready to attack all the laps and then I need to be calm because in Aragon [previous round] I was able to ride like I want and keep constant.

“But here, the problem is I cannot use all my energy in the first laps.”