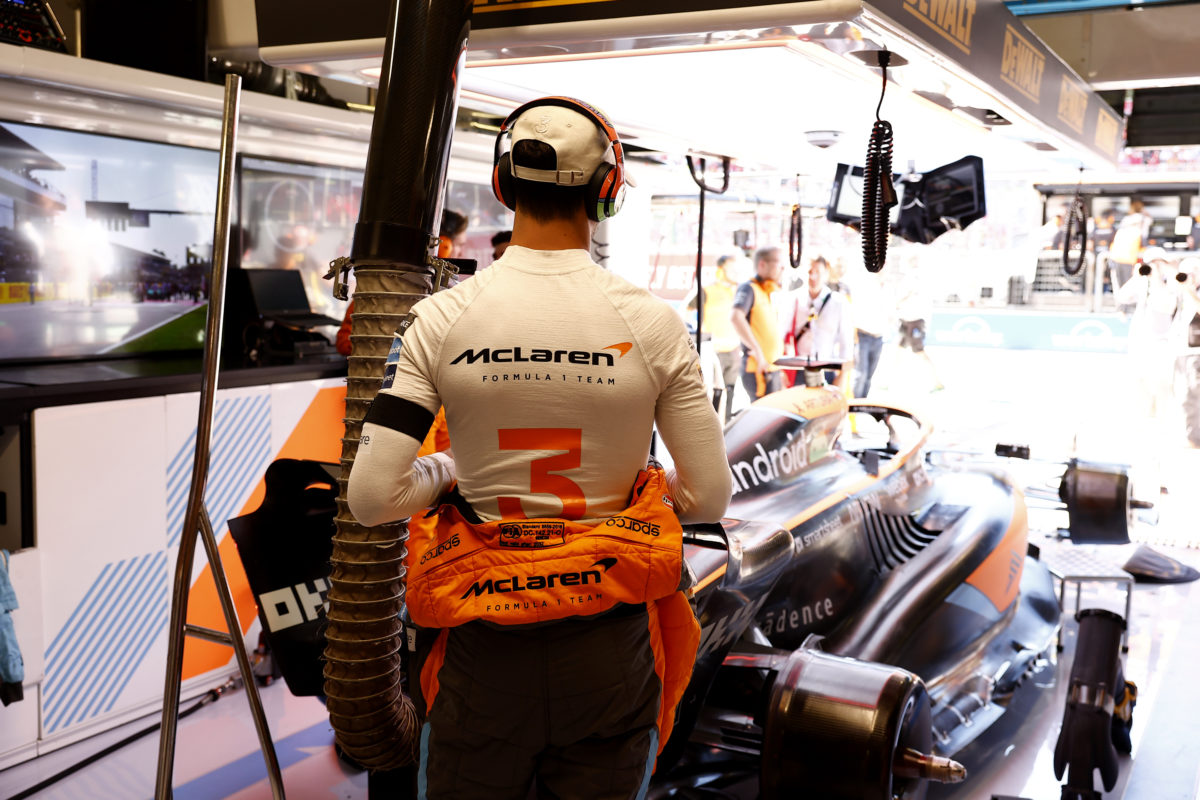 A sabbatical from Formula 1 in 2023 in the hope of landing a better opportunity is a strategy that looks likely to ingloriously end Daniel Ricciardo’s career.

Ricciardo is out of a drive for next season after agreeing with McLaren to terminate the final year of his contract.

While that has opened the door for Oscar Piastri to make his Formula 1 debut with the squad, it has left the 33-year-old in a vulnerable position in a largely stagnant driver market.

Realistically, only three drives remain for 2023; those at Alpine, Haas, and Williams.

By far the most appealing is Alpine, though Pierre Gasly is understood to be the front-runner for that role.

The Frenchman requires a release from Red Bull to make that happen, but that would be forthcoming should it secure Nyck de Vries, as has been mooted in the days since the Italian Grand Prix.

Mick Schumacher is out of contract with both Haas and the Ferrari Driver Academy which has supported him to this stage in his career.

Those points combined have fuelled speculation he could be on the outer at the American-registered team.

That operation has bounced back well under the new 2022 aerodynamic regulations after three dismal seasons spent nailed to the rear of the grid.

It maintains close links with Ferrari, meaning should Schumacher not be retained it’s likely another of the Scuderia’s youngsters would be in line ahead of Ricciardo.

And so that leaves Williams, which yesterday confirmed the worst kept secret in the sport – that Nicholas Latifi will not be racing for it in 2023.

While the final nail had realistically been hammered into that coffin back in May when the squad was prepared to take Piastri on loan from Alpine for two seasons, de Vries’ performance in Monza certainly did Latifi’s slim chances of salvaging his seat no favours.

Accepting a drive at Williams would be a significant step backwards for Ricciardo, especially as the team has shown little in the way of progress since Dorilton Capital purchased it in mid-2020.

With little on offer this year, a sabbatical has been viewed as a logical alternative – spend a year out in the hope of a better opportunity arising for 2024.

“The truth is I’m keeping every option open for not only next year, but for the future,” Ricciardo ventured.

“I still don’t know what next year looks like.

“You know, I touched on a few weeks ago that, although this has been like certainly a challenging time in my career, it hasn’t kind of taken the love of the sport away from me – that desire to still be here and still compete.

“Obviously many talks or thoughts about next year and beyond that but as I said, I’m still not sure what that looks like.”

The only problem is, next year’s driver market looks largely settled already. Red Bull, Ferrari, McLaren, and Aston Martin all have both drivers confirmed until at least the end of 2024.

Add Scuderia AlphaTauri as a closed shop and the probability that Alfa Romeo Sauber will likely retain Valtteri Bottas alongside Guanyu Zhou, or slot in Theo Pourchaire into one of its seats, and options narrow further.

Suddenly, from a grid of 10 teams and 20 seats, only Williams, Haas, Alpine, and Mercedes remain.

It’s reasonable to suggest that Gasly, should he sign with Alpine, will be on a multi-year deal. With Esteban Ocon safe until the end of 2024, options narrow again.

Taking a sabbatical then would seemingly be in the hope that 35-year-old Lewis Hamilton elects to retire at the end of the season, freeing a drive alongside George Russell at the squad.

But that’s a long shot. Hamilton himself has said he’s no plans of retiring and is still motivated to secure an eighth world title.

Mercedes also has relationships elsewhere it could call on; Albon has done wonders to repair his damaged reputation and could be promoted with the likes of junior driver Frederik Vesti stepping into his seat.

Of course, Albon has a contract with Williams for 2024, but it helps that Mercedes supplies its power units, among other componentry.

Taking a sabbatical then seems to offer no advantages when it comes to progressing Ricciardo’s career, with the only variable next year not available this is maybe that of Hamilton.

Stepping out of Formula 1 for a maybe is a significant risk.

Indeed, such a move can be viewed as a final roll of the dice for Ricciardo to prolong his career where, in all probability, it will instead mark its end.

That is not for lack of trying or talent – nobody forgets how to drive a racing car overnight. Ricciardo still has the talent and is worthy of a Formula 1 drive, but that is not how the sport works.

Politics and timing are critical factors in determining one’s fate, and if a driver is lucky they’ll enjoy success that, for a time, allows them to enjoy a strong position in the market.

Ricciardo has gained from it. He has become enormously wealthy and enjoyed the success most drivers can only dream of. But his value in the market is not what it was.

At 33, his shelf life is reaching its natural end. In 2024, he will be 35. Few drivers have relaunched their careers at such an age.

Therefore, should Ricciardo fail to secure a drive on the Formula 1 grid for 2023, it will in all probability mark the end of his career.