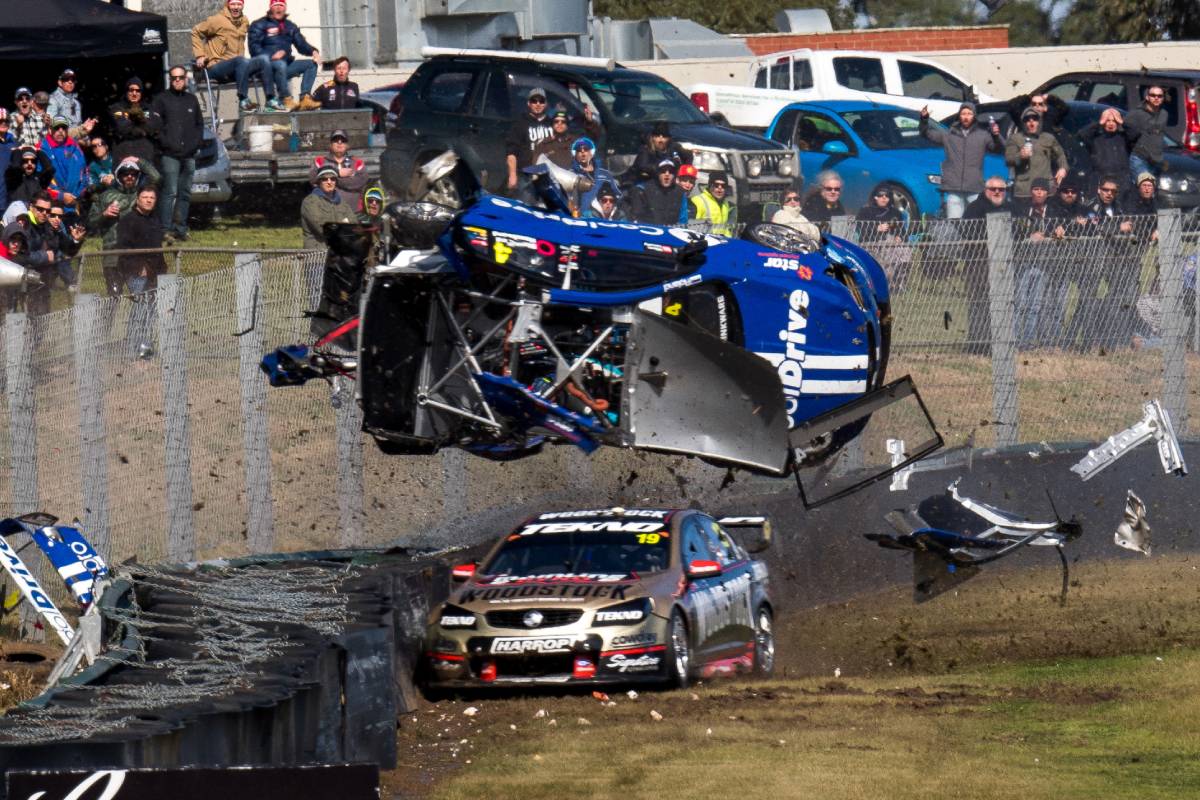 Todd Hazelwood and Karl Reinder have shared their experiences in the world of psychology as Focus Driver Performance owner Oliver Myers and sports psychologist Dr Kotryna Fraser explore its negative stigma in motorsport.

Motor racing drivers have had to deal with more media, criticism, and pressure as technology continues to evolve.

Focus Driver Performance, which was recently featured on Networkcafe.com.au, has dabbled in the space of sports psychology, but found it challenging to break the stigma around it.

Dr Fraser believes it comes down to a lack of understanding of what sports psychologists actually do in the motorsport world.

“Mental health has always been perceived as an abnormality,” Dr Fraser said.

“If you have poor mental health, it’s like there’s something wrong and you have to be pushed away into a mental institution.

“That’s one certain view in society of what it is and it’s not right.”

Dr Fraser and Myers very much view psychology as a form of training, as they compare it to physical exercise, like working a muscle.

If a muscle is underworked, it becomes weak, and if it is overworked it can become weak and fail as well.

Being a former driver, Myers is able to attest to how important it is to get the help of a psychologist.

“When I was racing, I didn’t enrol the help of a psychologist until I realised it was a real big weakness that needed to be worked upon,” Myers said.

“But at the same token, on my race fitness I was training ever since I was 12 years old.

“Not because I was weak or anything, but because I knew it was a key component for race preparation.

“But psychology is another key component for race preparation. At the same time, it’s not about becoming perfect.

“If you’re perfect all the time, how will you cope with mistakes?”

Dr Fraser also gave her insight into a key part of driver psychology in communication and mindsets.

“It’s such a big team handling the one driver,” Dr Fraser added.

“It’s all about everyone performing well.”

Two drivers that understand how the world of psychology works are Todd Hazelwood and Karl Reindler.

In 2017, Hazelwood had a huge crash competing as a co-driver at Sandown Raceway’s Turn 6, which has since been modified.

Hazelwood has dabbled in the space of having a sports psychologist to help him feel mentally stronger in the race car.

He was focused on maximising his performance, and still uses the lessons he learnt nearly 10 years ago.

Hazelwood admitted the industry is a very challenging space with 90 percent of a driver’s work being done off-track.

After his accident in 2017, Hazelwood wanted to look forward on his career rather than dwelling on the crash.

“Having a bad race or a bad crash doesn’t change my mindset, and I think it just speaks to the kind of person I am,” Hazelwood said.

“I only remember thinking it was going to be a big hit, but I never anticipated the car to barrel roll like it did.”

After processing the emotions of the incident, Hazelwood focused on getting himself back on track where he was the series leader (and eventual winner) of the Super 2 championship.

“Don’t get me wrong, it was a tough thing to block out,” Hazelwood said.

“The reaction of everyone wanting to support me was quite overwhelming more than anything else.

“But that’s just the challenge of motorsport, you need to put those things behind you.

“I just relied on the things I’d learnt from the psychology sessions a few years back.”

Another driver who has a deep understanding of the ups and downs of the industry is Reindler, who raced full-time in the Repco Supercars championship from 2010-2012.

He suffered two fiery crashes, two years in a row, with the famous Wanneroo Raceway fireball, and a pile-up at Abu Dhabi in late 2012.

“Especially when you talk about bouncing back from adversity, the adversity being the potentially life-threatening accident.

“For me, it was really important for me to get back in the car as soon as possible.

“There’s a lot of thought that goes through your head after an accident like that, things like ‘what if I had gotten stuck in the car?’

“You have to have that realisation; you can’t change what happened.

“There’s a level of acceptance to what happened, and I did have injuries but I acknowledged that it could have been worse than it was.

“Deep down I knew there was a mechanical failure that occurred, it wasn’t like I made a mistake at a high-speed corner.

“You know, maybe there was something I did in the car that contributed to the clutch failing, but it wasn’t a direct result of my input that led to it.” 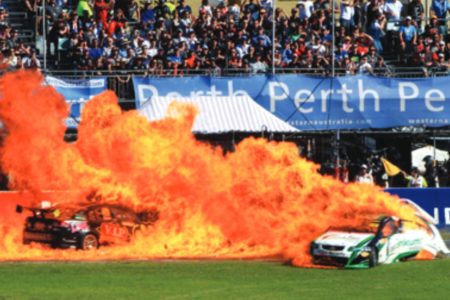 Reindler made sure he focused on moving forward, despite the questions from the fans and the media.

Before the next round, he had an interview with Mark Larkham, which he described as someone he was comfortable with, so he was happy to discuss it.

“I had the luxury of jumping into a Porsche of all things, two weeks later and before the Winton round,” he added.

“Obviously everyone wanted to talk about it, and I had to accept that.”

“I couldn’t believe it, but reflecting on it now it’s a bit of a laugh,” he contemplated.

“I just remember walking to the edge of the track and leaning on the barrier just thinking ‘how the hell could this happen twice?’

“I was honestly just hugely frustrated that it could happen a second time.”

Reindler said the start-line incident between Thomas Randle and Andre Heimgartner at The Bend Motorsport Park is a testament to how the sport is always looking to make safety improvements, with Reindler’s incident being one of the most pivotal.

The Australian has spoken to Randle about their similar incidents and moving through the motions of the crash.

Recently, Sage Karam returned to Pocono after a seven-year absence from the venue following the fatal IndyCar crash involving he and the late Justin Wilson.

The emotional return to Pocono was eye-opening after he witnessed Jeb Burton’s car flip over on the front straight.

Karam’s circumstances were extreme, dealing with a fatality on track that he was involved in.

Dr Fraser and Myers said the fear factor is a big component after experiencing a big crash in motorsport.

The communication and routine of coming back is important to regain the normality of racing again.