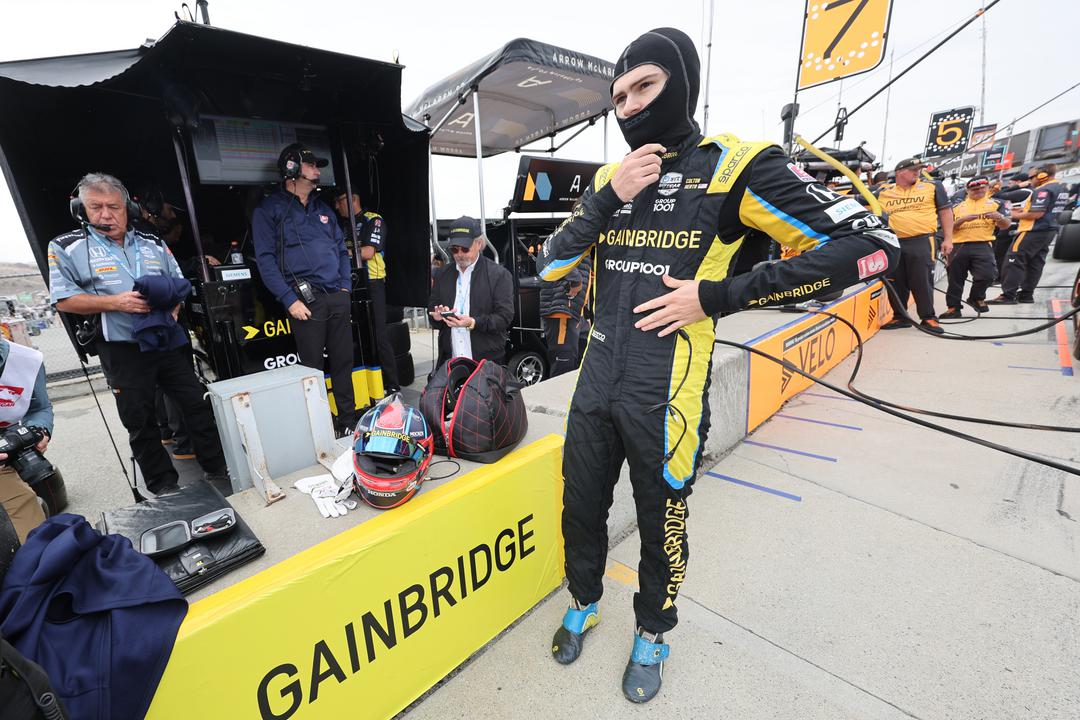 The FIA has confirmed that Colton Herta will not obtain a Super Licence to race in Formula 1, following Red Bull’s now aborted attempts to recruit him to Scuderia AlphaTauri.

Herta had been eyed off as a replacement for Pierre Gasly at Red Bull’s second team, but that hinged on him obtaining dispensation for a Super Licence given he has only 32 of the required 40 points due to his IndyCar results in recent years.

Speedcafe.com understands that dispensation was sought last year and rejected already, and unlikely to be forthcoming at a second time of asking, hence the attempts to sign him have been given up on.

The FIA has now issued a statement which, while not advising when, does confirm that enquires were made regarding the American.

“The FIA confirms that an enquiry was made via the appropriate channels that led to the FIA confirming that the driver Colton Herta does not have the required number of points to be granted an FIA Super Licence,” it read.

“The FIA continuously reviews its regulations and procedures, including with respect to Super Licence eligibility, with the main factors being considered with respect to this topic being safety, experience and performance in the context of the pathway.”

While Herta’s hopes of a Formula 1 race seat are over for the time being, that is not the end of the matter so far as AlphaTauri’s 2023 line-up is concerned.

Although the squad just announced the re-signing of Yuki Tsunoda, that much was widely expected and has no real bearing on Gasly’s future.

What does is the outcome of talks between Red Bull and Nyck de Vries, who has fielded interest from multiple teams.

Those include AlphaTauri, with the Dutchman having confirmed in recent days that he has indeed met with Red Bull motorsport advisor Helmut Marko.

“I don’t quite know if I am in such a luxury situation that I can choose,” said de Vries on Dutch television show Humberto op Zaterdag earlier this week.

“Largely, that is beyond my control. I have been in talks with Williams for a long time, and I was also able to make my debut there last weekend [September 9-11].

“That would be a logical step. Alpine I have been in contact with since July, and I will test for them in Budapest next week. I will fly there on Monday.

“And as the media had noticed yesterday, I went to Austria to meet Helmut Marko. Those are the facts.”

Herta’s inability to obtain a Super Licence is also unlikely to help Daniel Ricciardo’s cause significantly, with the soon-to-be former McLaren driver set to take a ‘sabbatical’ which may well turn out to be the end of his F1 career altogether.

The 2022 season continues next weekend with the Singapore Grand Prix.