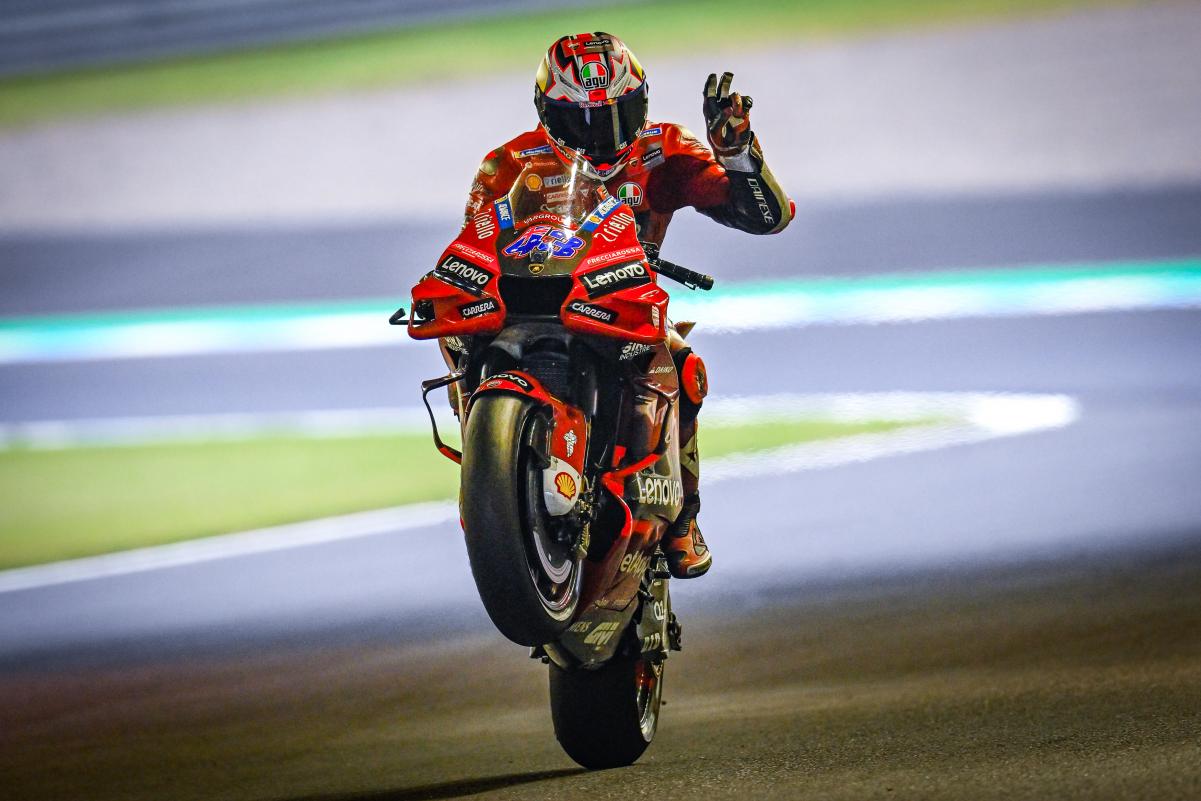 Jack Miller has gone fastest in a Ducati Lenovo Team one-two in Free Practice 1 for the Japanese MotoGP at Motegi.

Miller set a hot pace with soft Michelin slicks front and rear in the final few minutes of the session, with his best time of 1:44.509s coming despite being held up somewhat by Suzuki Ecstar injury replacement Takuya Tsuda through the Hairpin.

Just 0.068s covered a top four which included each of the top three in the championship, with Francesco Bagnaia second on a 1:44.537s, Monster Energy Yamaha’s Fabio Quartararo third on a 1:44.558s, and Aprilia Racing’s Aleix Espargaro next on a 1:44.577s.

Gresini Racing’s Enea Bastianini, who became an outside shot at the title with his win five days ago at Aragon, ended up 14th on the timesheet after a late crash at Turn 5.

With an unusual timetable this weekend, specifically that Friday practice has been condensed into a single, 75-minute session, and rain forecast for Saturday morning, the Ducati rider is unlikely to be able to break into the combined top 10 in Free Practice 2.

As such, Bastianini faces the likelihood of dropping into Qualifying 1, along with Prima Pramac Ducati pilot Johann Zarco, who is 11th after also going down late in the piece.

Repsol Honda’s Marc Marquez, on the other hand, is sixth after his second Friday back since June surgery on his right arm.