Mercedes admits it was ‘overly optimistic’ with 2022 F1 car

Mercedes admits it was ‘overly optimistic’ with 2022 F1 car 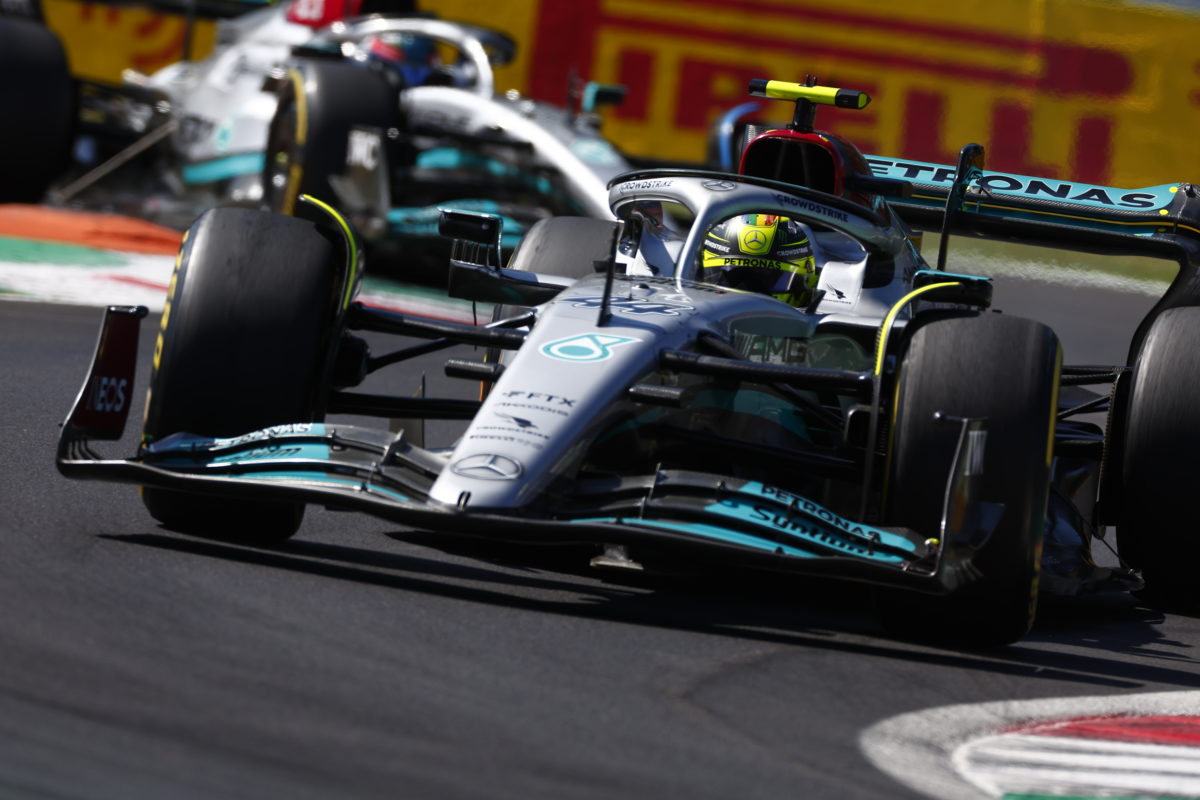 Mercedes has admitted it was “overly optimistic” in the approach it took with its all-new Formula 1 car for the 2022 regulation change.

New rules introduced last year have left the once-dominant team without a race win to date as it works to understand a troublesome car.

The W13 suffered badly from porpoising early in the season.

It also introduced a number of new philosophies including the ‘zeropod’ concept – extreme low-profile sidepods.

Those developments served to complicate the problems Mercedes faced, with the unsupported floor flexing, contributing to the porpoising the W13 experienced.

“That learning is all quite valuable, and we like to keep that within the team,” said Andrew Shovlin, Mercedes Trackside Engineering Director, of the overriding lessons from the current car.

“It has been a very interesting journey. I think we were overly optimistic in where we thought we could run the car.

“The car that we launched had a lot of downforce close to the ground, and there were a lot of issues being able to actually run the car on track there.

“It’s no secret in the pit lane that people have been trying to get their cars further off the road, to try and make them better able to cope with bumps, and then to avoid them hitting the ground where you lose a lot of the grip at once it’s all going through the plank.

“But really just looking also at how the car is balanced through the speed range, through the different phases of the corner, in general, we just haven’t had enough performance on it,” he added.

“It’s not just that where we have the downforce was in the wrong region, we’re just behind on performance.

“So there’s a lot of areas that we’ve been working on.

“The focus for this year changed relatively early to one of learning, making sure we can get back to a competitive position next year.

“The signs that we’ve seen over the last six or seven races have been encouraging.

“We’re not where we would like to be, but the direction of travel looks okay. So we’re working very hard to try and improve that.”

Except for the Belgian Grand Prix, Mercedes has had either George Russell, Lewis Hamilton, or both on the podium at every race since Monaco and has three second-place results from the last six events.

While short of the success it has enjoyed in recent years, the consistency of its results shows a developing understanding of the issues blighting the W13.

“Spa was quite interesting,” Shovlin added.

“It was quite painful at the time, but we’ve often said that our worst weekends are the ones that reward us with the most learning.

“It certainly focuses your attention, and when you see these performance swings track to track, you can start to see even with a GPS which corners are you losing in, what speed range, you can start to understand how your car’s working – you can get an insight into how competitors’ cars are working.

“The learning that we took from that does give us an indication of where we need to develop the car in future.

“Zandvoort, we were expecting to be more competitive, so it was reassuring that that played out.

“The [underlying] problem is sort of rooted in how we’ve developed the car and how it’s working as an aerodynamic package.”

The Brackley-based squad sits second in the manufacturers’ championship, 35 in arrears of second-placed Ferrari with six rounds remaining.