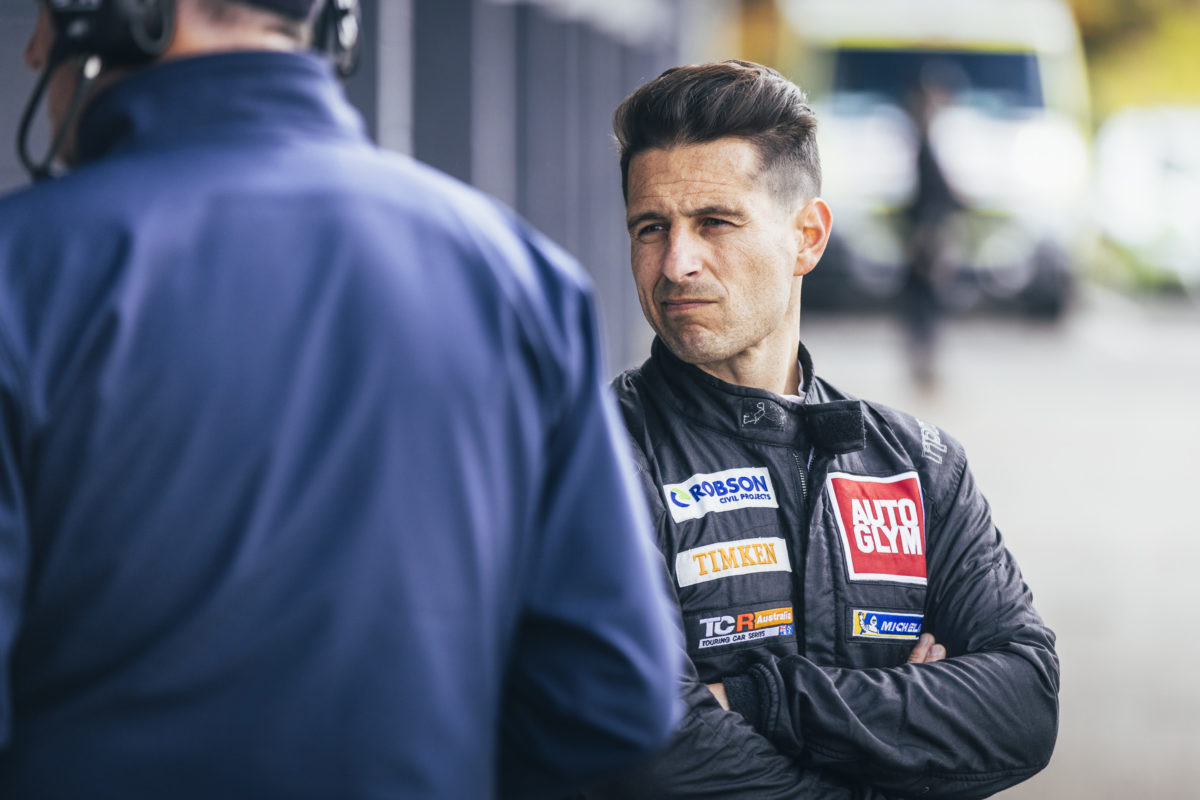 A former Nissan factory driver in the once-around-the-clock enduro, Caruso will pair up with Marc Cini later this year at Mount Panorama in Fanatec GT World Challenge Australia Powered by AWS and again next February.

He announced the news on the Pit Lane podcast on Stan Sport, which will also stream the Supercheap Auto Bathurst International live and exclusively ad-free.

The GT World Challenge round at Mount Panorama in November is the second for the Australian Endurance Championship, comprised of a single, three-hour race.

“I’m very excited to say I will be racing at the Bathurst International in GT [World Challenge Australia], which will be fantastic,” said Caruso.

“I’ll be joining Marc Cini, so it’s a great little warm-up, the Bathurst International, for GT cars because obviously the 12 Hour is early next year.

“This is a three-hour hit out. A good opportunity to get some laps, get up to speed, and prepare yourself for one of the biggest events, or international events, coming up.”

As such, he will race both with an against Melbourne Performance Centre, which prepares Cini’s R8 as Audi Sport Customer Racing Australia.

“MPC is one of the best and most professional teams in pit lane,” added Caruso.

“I already had a call from Troy [Russell, team owner] preparing me for what we need to do in the lead-up.

“But yeah, really excited. Actually, no pressure, because every time Marc has been up to Bathurst he’s had a trophy in his class, so he was pretty clear on that when he said to come race.

“The good thing is they’re both left-hand-drive cars.

“Obviously, there are technical differences. And driving, I guess, different lines and what have you.

“But, ultimately, being able to sit on the same side of the car helps.”

Caruso will co-drive with Mark Winterbottom in a Team 18 Supercar at next month’s Repco Bathurst 1000 before returning to Mount Panorama for the Supercheap Auto Bathurst International on November 11-13.