Calls for F2 Champ to remain after winning title

Calls for F2 Champ to remain after winning title 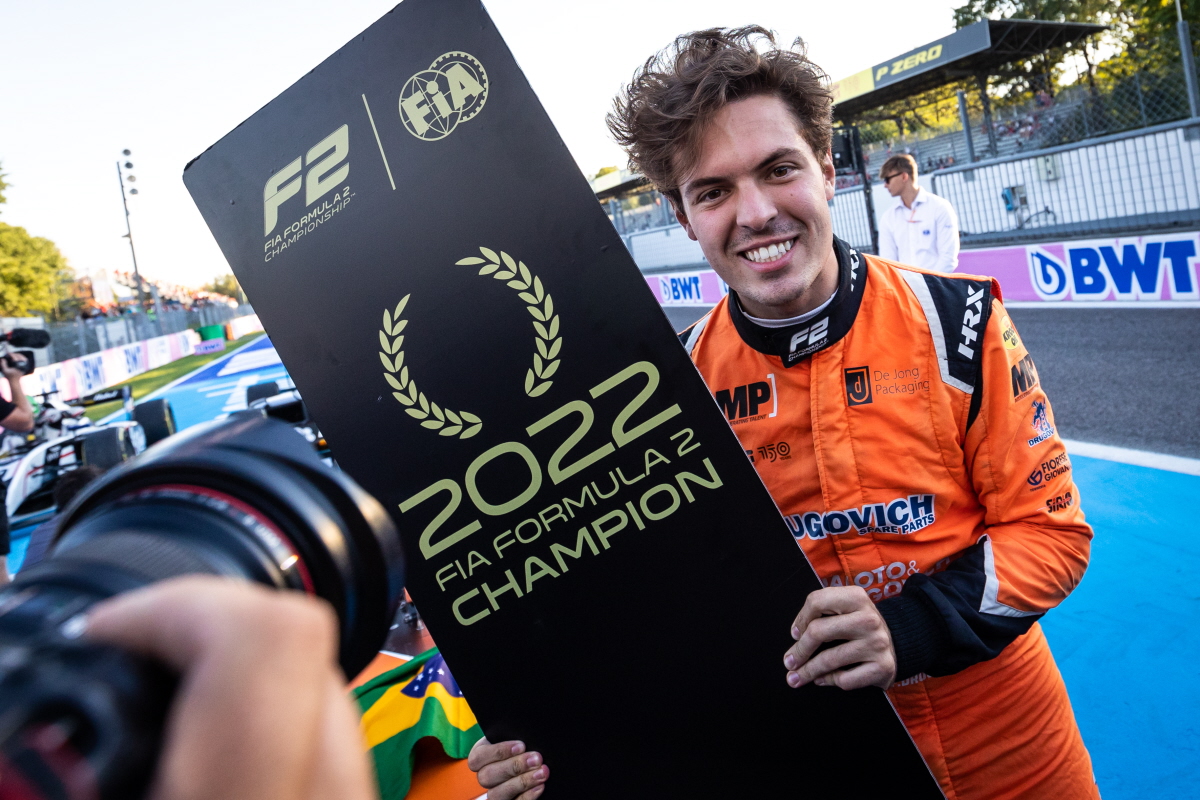 Formula 2 champion-elect Felipe Drugovich believes the Formula 1 feeder series winner should be able to remain in the category if they’re unable to graduate to the sport’s premier class.

Drugovich clinched the Formula 2 Championship with three races to spare in the 2022 season but has been unable to secure a Formula 1 race seat for next season.

Upon winning the Formula 2 championship, drivers are not permitted to remain in the category.

They must therefore either progress, find a drive outside of the Formula 1 structure, or face a year sitting on the sidelines in anticipation of a seat, ala Oscar Piastri.

Asked by Speedcafe.com about whether the F2 champion should be allowed to remain in the category, Drugovich said, “I think in my opinion, either you’re champion and you cannot stay anymore and you have to be promoted to Formula 1 or you can stay.

“I think it’s kind of how it works in Moto 2 and Moto 3. I think first of all, what needs to change is whoever wins the championship needs to get a go in F1.”

Drugovich has joined Aston Martin in a Reserve Driver role for 2023, the first in the newly established Driver Development Programme, created to be a ‘stairway for junior drivers to reach Formula 1.’

It has been confirmed he will drive for Aston Martin in FP1 at the Abu Dhabi Grand Prix and take part in the young driver’s test in November around the Yas Marina Circuit.

Drugovich is the latest in a series of youngsters whose path to F1 has halted following their F2 title success.

De Vries went on to compete in Formula E, and race at Le Mans, while Piastri has at least been in service at Alpine.

The Australian will join the F1 grid in 2023 when the Melburnian will drive for McLaren, replacing countryman Daniel Ricciardo.

The Dutchman has firmly linked himself as a contender for both the Williams and Scuderia AlphaTauri 2023 seats, three years after his F2 championship win.

It begs the question; how long Drugovich will wait until a seat opens up?

Championship CEO Bruno Michel acknowledges the difficulty in graduating from Formula 2 to Formula 1.

“It’s a tricky one; there are only 20 seats in Formula 1 and there are no automatic promotions from the winner of Formula 2 to go to Formula 1,” he told Speedcafe.com.

“A Formula 1 team doesn’t want to be imposed and how would it work? It will be something quite complicated to do.

“You cannot say one team will have to take the winner of Formula 2, they will say ‘Why me?’ so you can’t really do that.

“The situation is that some years you have two, three seats that are available in Formula 1 and in specific years, you put [Lando] Norris, [George] Russell, and Albon in Formula 1 which is a fantastic year.

“So, it works really well,” he added.

“Some other years, like last year, [Guanyu] Zhou got to sit in Formula 1 and I think it’s a fully deserved one.

“He’s doing a great job this year, even Stoffel Vandoorne waited one year before he got into Formula 1.

“At the end of the day, I’m not really worried.”