The #6 Ford Mustang at Winton

James Moffat says he has settled back in seamlessly as Cameron Water’s co-driver ahead of next month’s Repco Bathurst 1000.

Moffat will take part in his fifth consecutive Great Race as a Tickford Racing enduro driver, while this year will be his second time partnering Waters.

It comes after the pairing were bridesmaids at last year’s race, finishing second to Chaz Mostert and Lee Holdsworth.

Victorian teams were at Winton Motor Raceway on Tuesday for a pre-Bathurst test day, a final chance for the #6 Ford Mustang duo to log laps before the Mount Panorama enduro.

The day was focussed on driver change and pit stop practice, with Moffat suggesting he and Waters have the procedures down-pat.

“Yeah, I feel like as well as we can at least,” Moffat told Speedcafe.com when asked if he is feeling prepared.

“It’s one of those things that you can practice [driver changes] a million times in the workshop and go through all those processes.

“Until you actually do them on pit lane where there are different variables that get thrown at you as circumstances.

“For Cam and I, we’ve both been doing it long enough that sort of just happens pretty easily without any hiccups.”

One plus is the lack of seat insert needed between the drivers.

“Fortunately for us, we don’t have to worry about an insert or anything like that,” added Moffat.

“I just sit in Cam’s position and it’s just another thing in the whole process that you don’t have to worry about.

“Been doing it a while now that those sorts of things don’t stress you out maybe as much as they did when you’re in your first couple of years being a main driver or a co-driver.

“It can be a daunting component of the whole thing. I feel like Cam and I just sort of slipped back into it pretty seamlessly.”

Since his first enduro campaign with Tickford in 2018, Moffat has finished in the top five on two occasions (2018 and 2021).

The veteran partnered Mostert in his first two years and Jack Le Brocq in 2020.

“I feel like I’m straight back in,” added Moffat.

“This being the second year with Cam it all comes pretty naturally.

“Particularly operationally, how the team goes about things; we just probably know each other well.

“Things have sort of changed in that period with different main drivers that I’ve been paired with, but pretty happy being paired with Cam.” 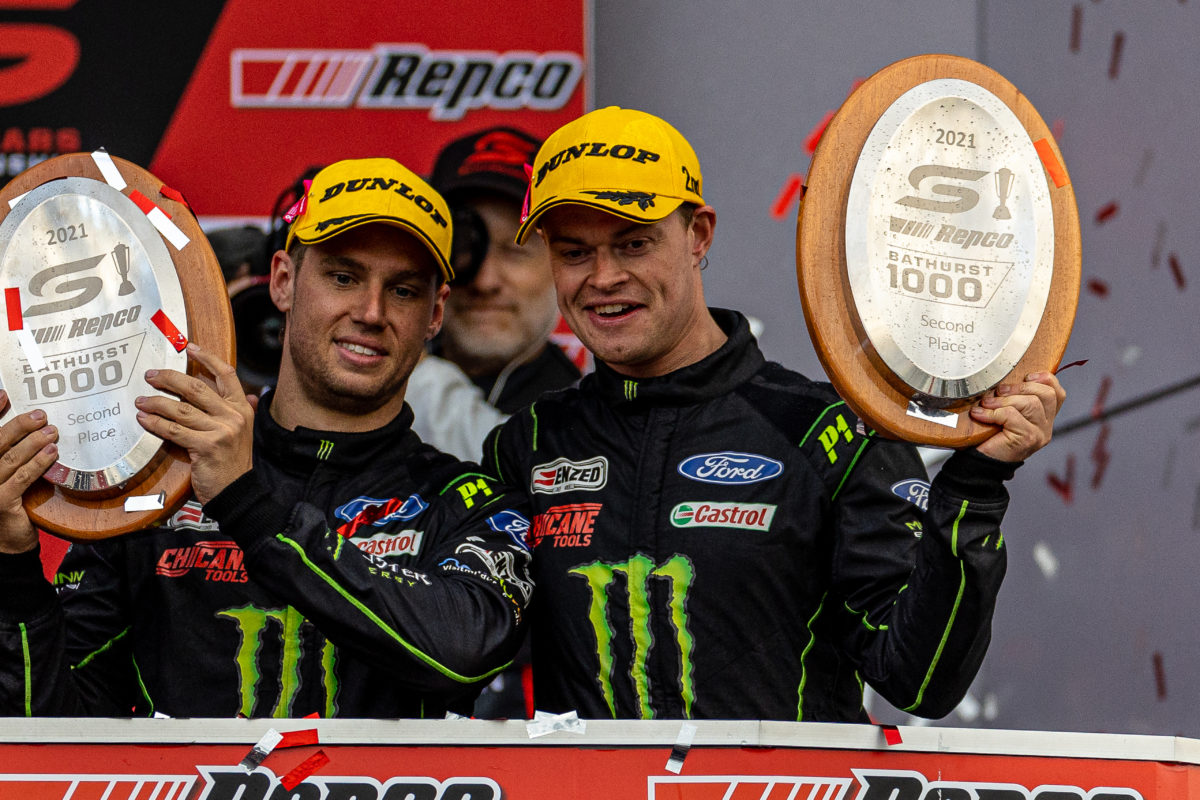