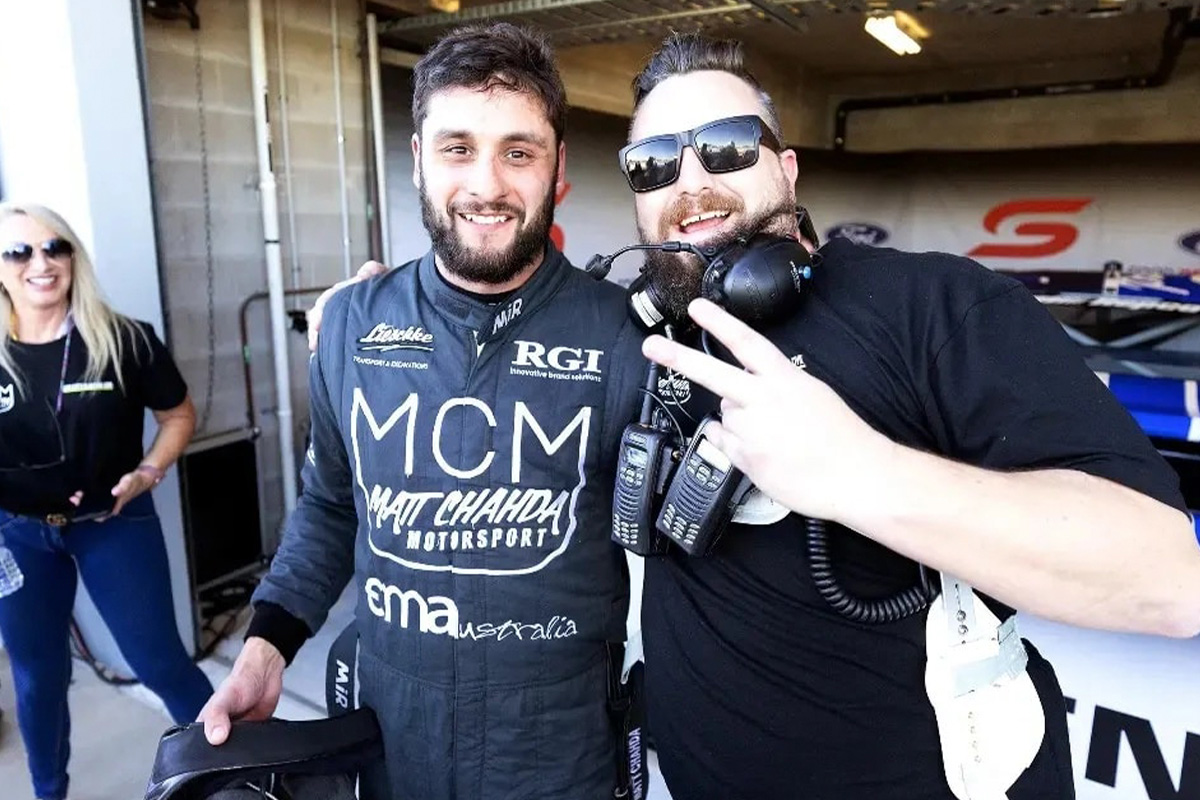 Matt Chahda feels he and co-driver Jaylyn Robotham are much closer to the ergonomic sweet spot ahead of their Repco Bathurst 1000 wildcard.

The duo will share a Walkinshaw Andretti United-supplied ZB Commodore run under the Matt Chahda Motorsport banner at Mount Panorama from October 6-9.

It marks both drivers’ Great Race debut, with Chahda and Robotham regulars in the Dunlop Super2 Series, the latter vacating his Image Racing seat for the event to focus on the wildcard.

MCM tested on Tuesday at Winton Motor Raceway, with the squad having focussed heavily on ergonomics in the last few weeks.

“Yeah we were a lot better than we were last test day,” said Chahda.

“Last test day we were both struggling to find exactly what we wanted, went back to Walkinshaw, did another day of seat fitting and even had a physio come and look over us.

“Walkinshaw took care of us on that because they really wanted to make sure we were right.”

It was suggested Robotham encountered foot numbing at the last hit out, but those concerns seem to have eased.

“He did a long run and he was good,” added Chahda when asked about the matter.

“We’re feeling better, we’ve made little tweaks; it’s very hard to find it exactly how you want it.

“Not too fussed about lap times, we’re just getting the ergonomics right. We’ve got to both be comfortable in the car, that’s our top, top priority for sure.”

MCM announced its entry into the 1000km enduro in July with “minor support” from WAU.

Just over two weeks out from the event, Matt Chahda remains unperturbed.

“Not nervous because the team has come together better than I thought without me personally having to do too much involvement there,” he said.

While the #118 entry run without stickers at Winton, the car is expected to have its livery revealed in the lead-up to Bathurst.