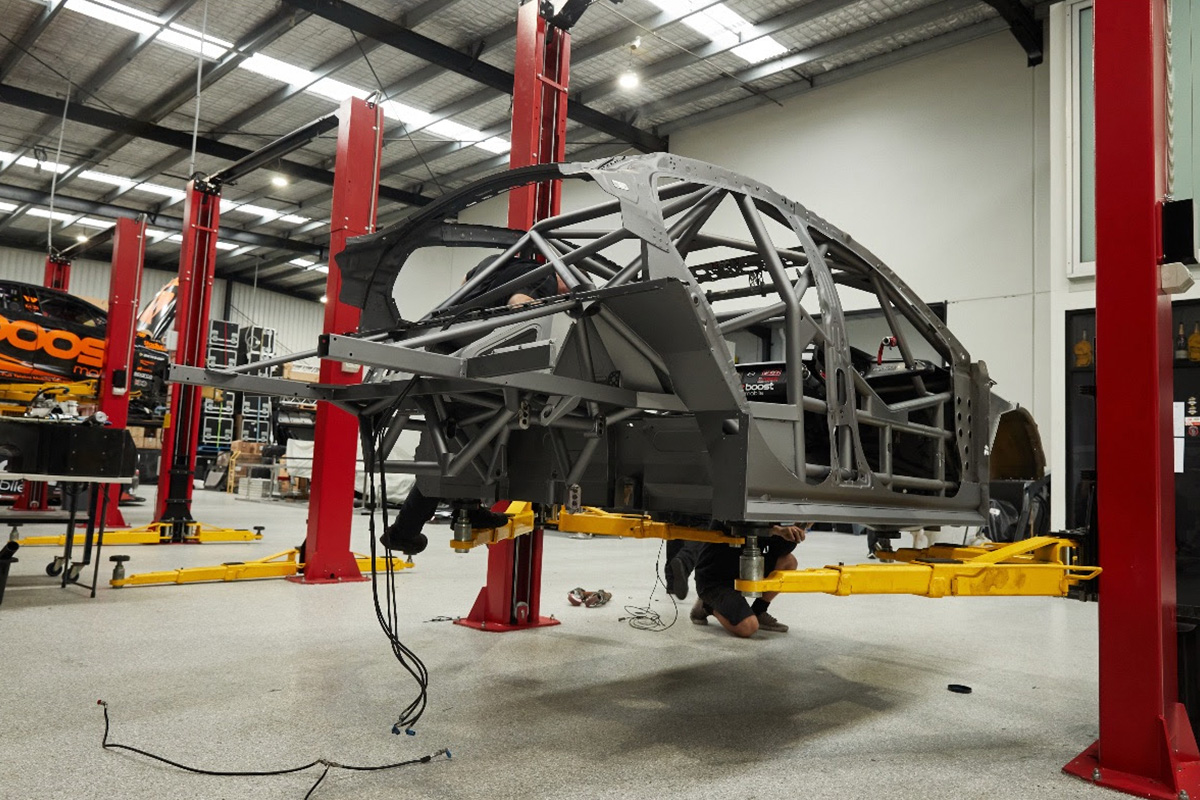 Will Brown’s crashed chassis has returned to the Erebus Motorsport workshop to continue its rebuild.

A 56 g incident at Pukekohe had not only raised doubt as to whether the car would race again, but also put the team’s Bathurst 1000 wildcard entry in jeopardy given it was to use the spare care.

Upon return from New Zealand, the damaged #9 ZB Commodore was assessed at the team’s Melbourne base before being stripped and sent to Mount Gambier for chassis work.

The car has now come off the chassis jig and been painted by Max Medhurst Crash Repairs, arriving back at Erebus’ Dandenong South workshop this morning.

At this point, the car will be re-assembled ahead of a pre-Bathurst test day at Winton on Wednesday.

Erebus CEO, Barry Ryan, explained what has been completed so far and the task at hand.

“The chassis underwent significant repairs with the whole rear end cut off from the main hoop in order to restore the main chassis rails, the transmission and suspension structure of the vehicle,” said Ryan said.

“In total, 33 bars were replaced. It’s been a mammoth effort so far.

“On average we had three crew members working on it with over 200 hours of labour completed in just six days to repair and paint the chassis.

“We are now in a pretty good position and back on track to have three cars ready in time for Bathurst,” Ryan said.

“The plan now is to work through for what would be a normal week, take the weekend off and have the car ready well ahead of time for testing on Wednesday.

“Our crew are outstanding; I can’t thank them and the businesses that have chipped in to help get this done.”

Ryan has been officially reprimanded over his altercation with Mark Winterbottom in the Erebus garage following the incident at Pukekohe.