Quartararo prepared for contact in bid to be competitive at Aragon

Quartararo prepared for contact in bid to be competitive at Aragon 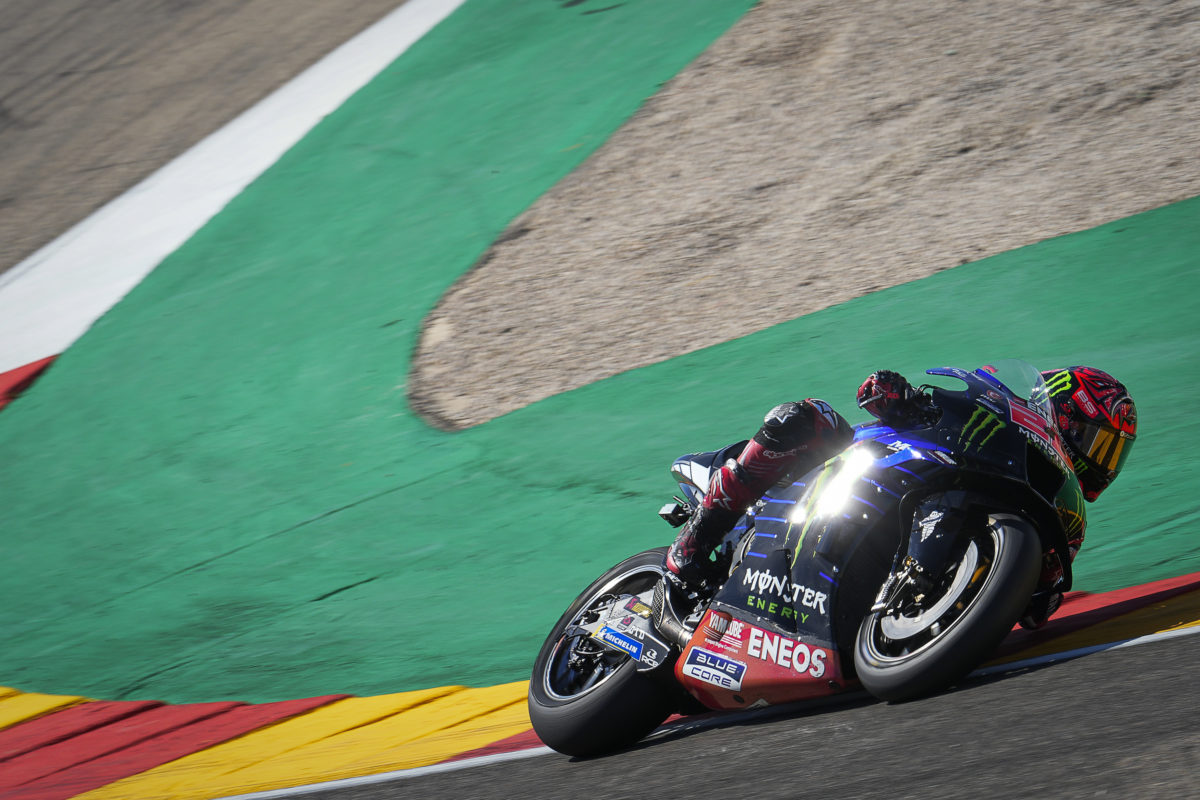 Fabio Quartararo admits he will have to be particularly aggressive in today’s Aragon MotoGP race to make up for the deficit of his Yamaha at the Spaniard circuit.

While the Iwata manufacturer was left encouraged by the 2023 engine which it tested at Misano a week ago, Quartararo and his stablemates are still saddled with a significantly underpowered motor for the remainder of the current campaign.

The championship leader had a ragged Qualifying 2 session as he tried to make up for that handicap, very nearly crashing at Turn 2 on his penultimate lap.

He would improve from 10th to sixth with the chequered flag out but the Ducati Lenovo Team’s Francesco Bagnaia, who has cut his advantage to 30 points with a four-race winning streak, is in the box seat to make it five in a row having claimed pole position.

Quartararo has shown that he can be competitive at non-preferred tracks, June’s Catalan Grand Prix being a prime example, but that requires track position, and he is prepared to resort to desperate measures to get it at Aragon.

“In the start we will have to be careful, but also aggressive because I need to take many risks in the first lap,” said the Monster Energy Yamaha pilot.

“So I will try to warm up the tyres really well on the [formation] lap and then see how it’s going.

“I will need to make aggressive overtakes and if we need to [make] contact, we will have to, but it will be my only solution for this race.”

Said sector is comprised of the back straight, a sweeping left-hander (technically, the final two corners), and part of the main straight, and hence exposes the biggest weakness of the YZR-M1.

On whether or not he has a plan to deal with that, ‘El Diablo’ (‘The Devil’, in his native French) joked, “There is no legal plan.

“It’s like this, we know. We used video analysis in the last corner to see exactly, and we don’t lose [time there].

The other three Yamahas in the field qualified no higher than 19th.

That position was achieved by test rider Cal Crutchlow, who is seeing out the season with satellite team WithU Yamaha RNF after the slightly early retirement of Andrea Dovizioso.