This week, Ford revealed its new-shape Gen3 Ford Mustang Supercar, aligning with the launch of its road-going version.

Codenamed S650, the seventh-generation Mustang will replace the S550 body with the introduction of Supercars’ Gen3 era in 2023.

Until now, the Gen3 Mustang prototype has featured the S550 bodywork, however, the updated look is set to make its first public appearance on the Ford test mule at this year’s Repco Bathurst 1000.

Speedcafe.com compares the look of the two cars below, labelled new (S650) and old (S550).

Please note, the angles of the two cars in each image do not match exactly and are not a true representation of proportions. 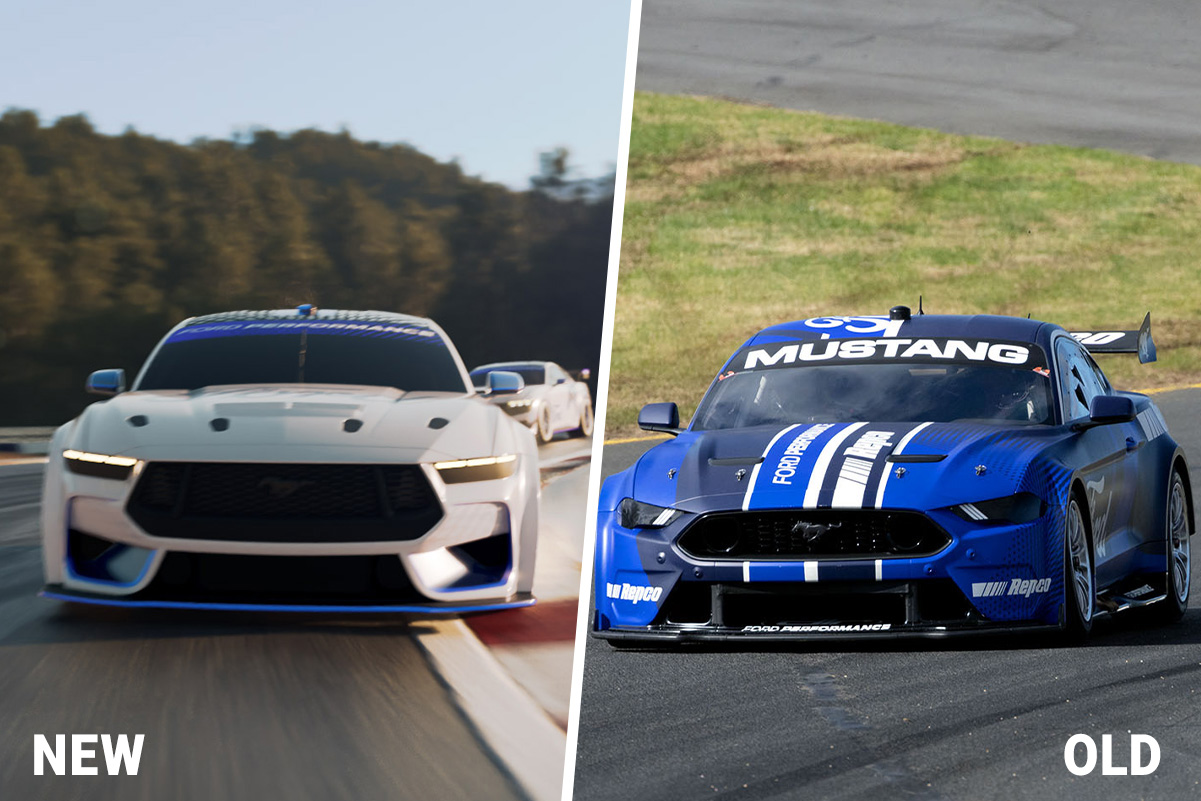 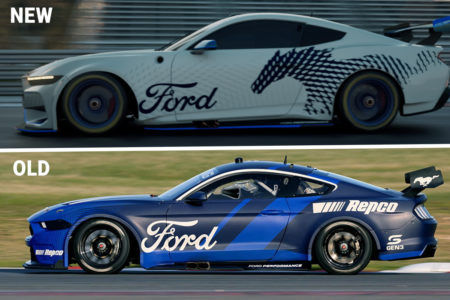 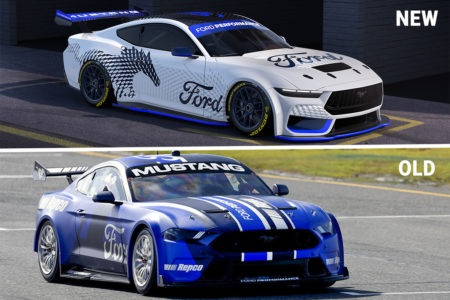 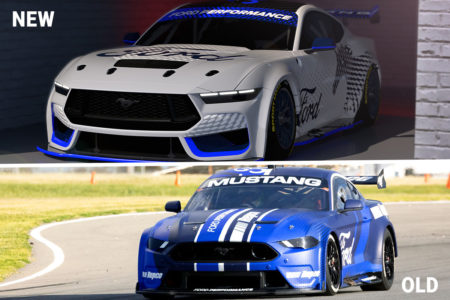