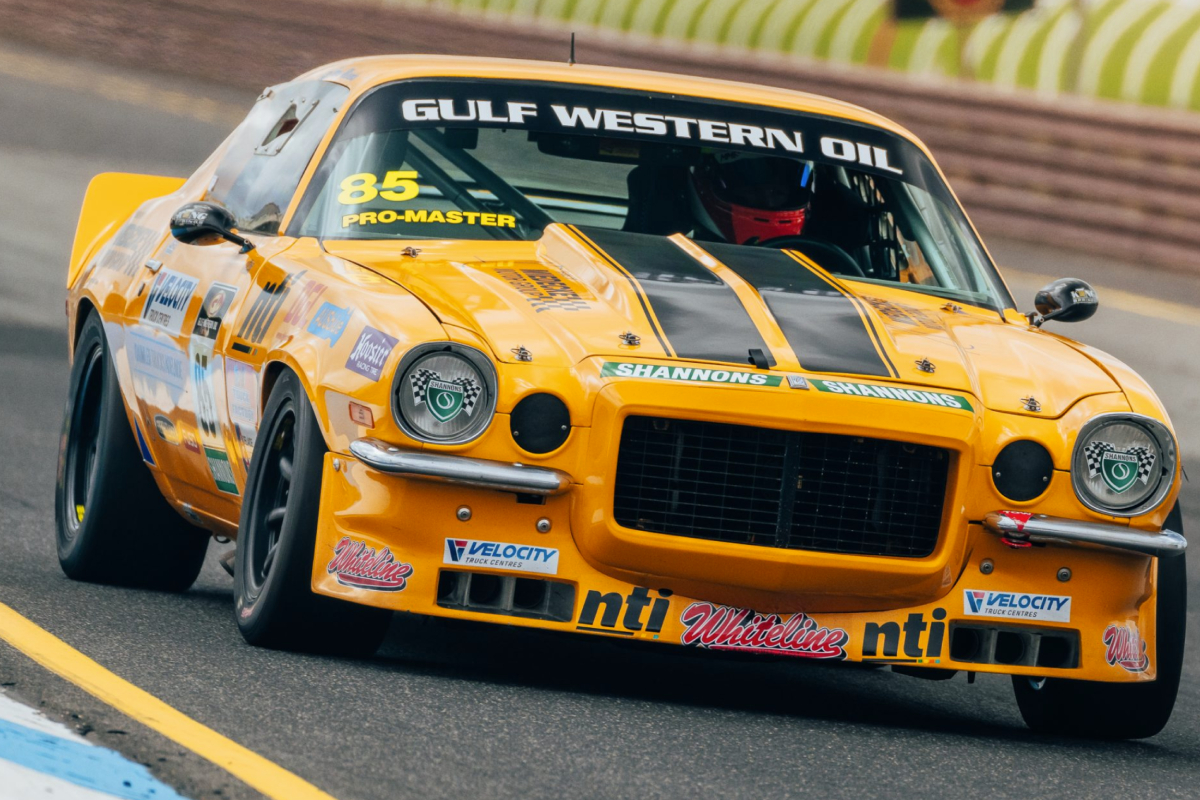 George Miedecke has taken pole position for Round 4 of Gulf Western Oil Touring Car Masters at Sandown after the starting grid reverted to practice times.

Only eight drivers were able to even set a lap time in a rain-affected Qualifying session which featured two red flag periods.

Cameron Tilley was the fastest of those who did so, posting a 1:38.3768s in his Valiant Pacer.

Stewards subsequently decided that the results from the sole practice session of the weekend will be used to determine the grid for the Trophy Race and Race 1.

Miedecke will therefore start from pole after setting a 1:14.8009s earlier in the day in his Chevrolet Camaro.

John Bowe is set to start from fourth on the grid, while Andrew Fisher will start from fifth.

The Touring Car Masters Series will take to the track for the 14-lap Trophy Race at 12:15 local time/AEST.

The race will be shown live, ad-break-free, and on-demand via Stan Sport.