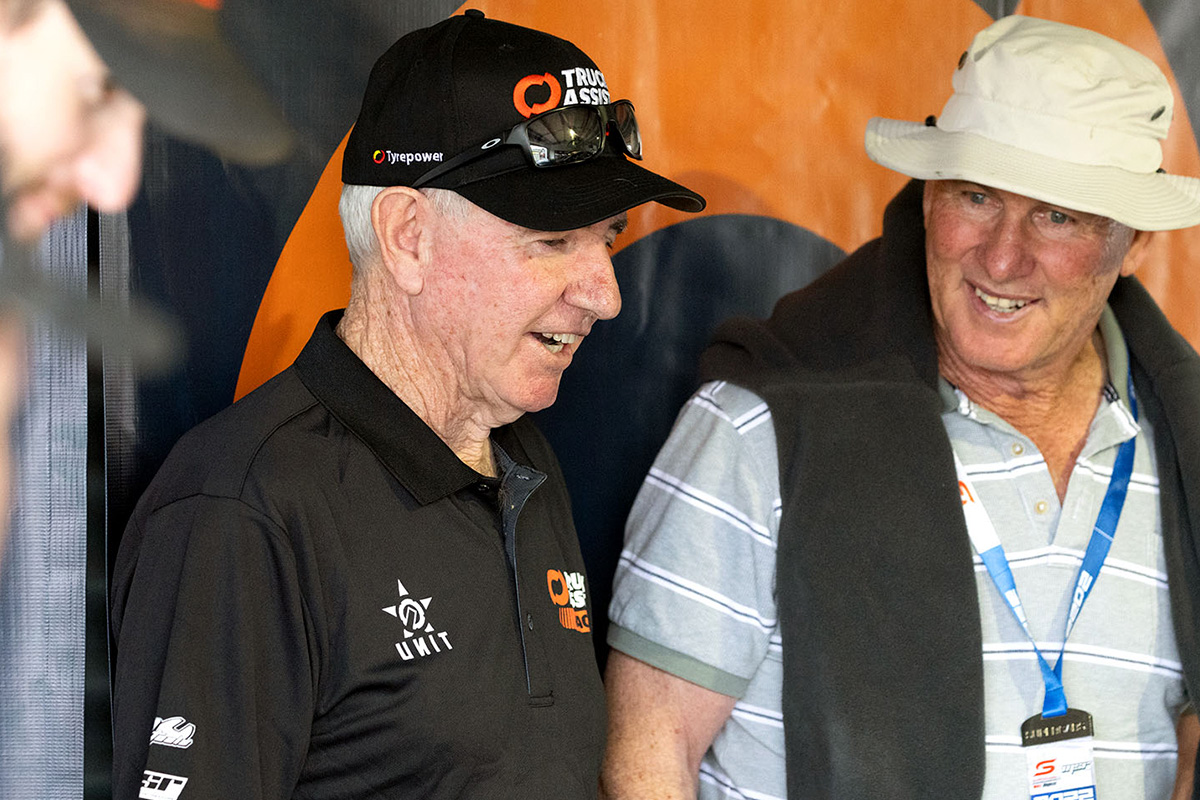 As the saying goes, it has been a long time between drinks for Jim Stone.

The Supercars Hall of Fame inductee was beaming as he made his first visit to an event in more than a year at Pukekohe Park Raceway last weekend.

His last Repco Supercars Championship attendance came in March 2021 at Sandown, which also followed a year of absence from the race track owing to the pandemic.

A cameo at the most recent round in New Zealand carried an extra layer of significance given it was the final Supercars event at the circuit ahead of its closure.

Not only that, Pukekohe is also the Stone family’s hometown.

Having previously worked for his father’s team, Stone junior began his own motorsport venture in 2010.

“It’s good to have my old man back at the race track, especially in what was our hometown or his hometown and where I was born,” Matt Stone told Speedcafe.com.

“Unfortunately, it’s the last ever Pukekohe, which is a bit of a shame, but it’s good to have the full contingent at the track.

“Dad came to Sandown last year, so that would have been about a year-and-a-half ago.

“That event last year was his first one since the Adelaide of 2020 before the world stopped.

“He’s been itching and chomping at the bit to get out [to an event] and it’s good to have him back.”

Stone was joined by much of his family at Pukekohe, explaining the presence of his father brought valuable insights.

“I’ve obviously worked with my old man my whole life,” he added.

“I’ve worked with him throughout the SBR years, and then once he retired he’s come to hang around in the MSR era.

“We’ve got a very close relationship and a strong working understanding.

“He is an asset to the team, although not [at Pukekohe] in any official capacity, just as a guest.

“But he’s certainly got a wealth of experience and it would be foolish not to utilise that.”

There is a chance Jim Stone could make an appearance at next month’s Repco Bathurst 1000, an event SBR won in its debut, 1998 season with Jason Bright and Steven Richards.