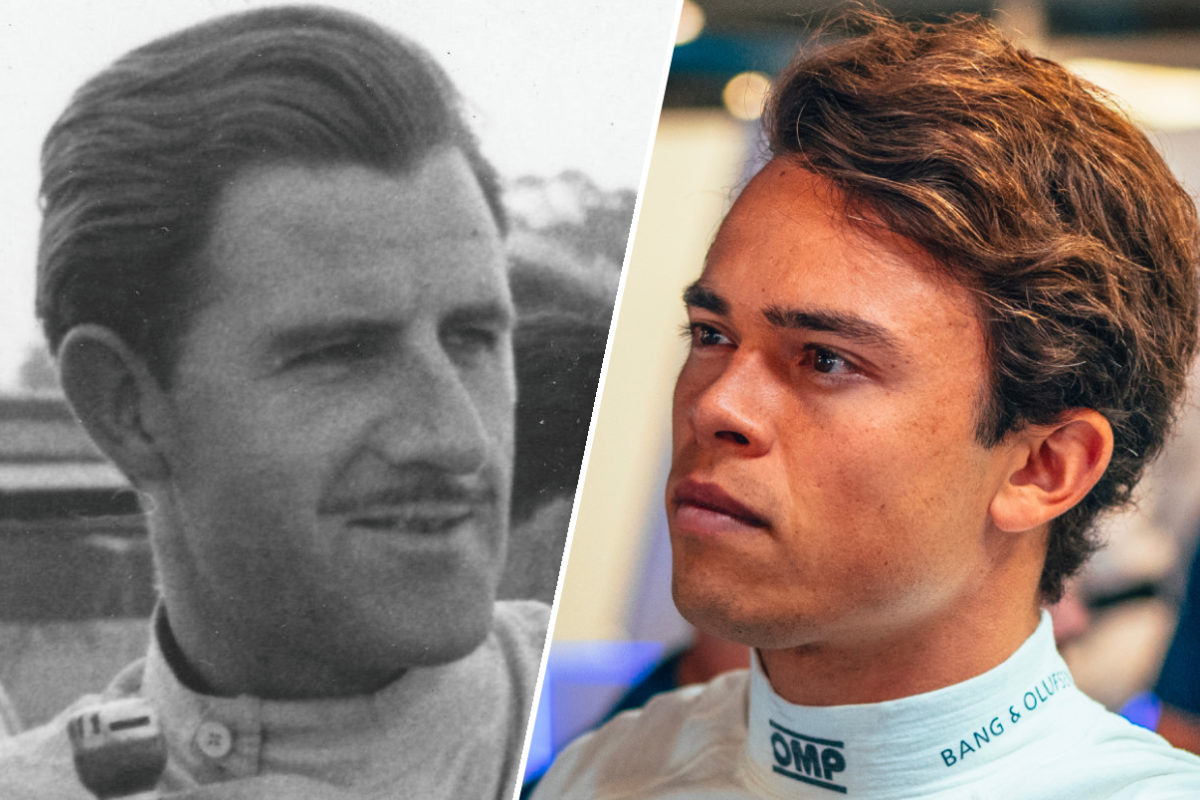 Formula 1 historians were sent into a frenzy at last weekend’s Formula 1 Italian Grand Prix when Nyck de Vries drove for both Aston Martin and Williams on the same weekend.

The Dutchman was called in to substitute for Alex Albon on Saturday morning after the Williams driver was diagnosed with appendicitis.

It made for de Vries’ maiden grand prix start and came a day after he’d completed Free Practice 1 for Aston Martin.

While a highly unusual occurrence, it is not the first time a driver has been in action for multiple teams over a single weekend.

It is, however, the second (if we exclude instances where the driver failed to qualify for the race).

The only other known instance is the 1969 British Grand Prix during which Graham Hill drove for Brabham during practice before reverting to Lotus for the balance of the weekend.

It was the product of a complicated sequence of events.

On Brabham’s side, the Ron Tauranac-led operation was missing its star driver following a testing crash days earlier that left Jack Brabham with a broken ankle.

Meanwhile, at Lotus, Colin Chapman was busy exploring four-wheel-drive with the Lotus 63.

The car was a pig. Heavy and with a propensity to understeer because of the differential, it lacked power in comparison to its two-wheel-drive counterparts.

It was a popular concept at the time, with Cosworth, Matra, and McLaren all producing their own derivatives, though none with any success.

Developments in tyre technology were quickly making up for the issues four-wheel-drive seemed to solve, leaving little in the way of actual gain to be had while leaving all the downsides; weight, handling, and mechanical complexity.

The Lotus 63 was designed by Maurice Phillippe. Powered by a Cosworth DFV, reversed so the clutch sat behind the cockpit, it built on the experience gleaned from competing at the Indianapolis 500.

The car was unpopular with Hill and team-mate Jochen Rindt. Not only was it slow and handled poorly, but the drivers disliked that their feet protruded well beyond the front axle line.

Rindt delivered the car’s best result, a second place at the Oulton Park Gold Cup in August 1969, but by then the power bias had been changed such that it was effectively a rear-wheel-drive car.

Even still, its second place owed more to the lack of competition than the quality of Rindt or the lack of it in the 63, with only one other Formula 1 car among a field of F5000 machinery.

The 63 led to an internal struggle within Lotus; Chapman wanted to persist with the 4WD concept while his drivers did not and refused to take the project seriously.

To force their hand, Chapman sold two of his Lotus 49Bs, one apiece to Jo Bonnier and Pete Lovely, leaving the works team with just a single example of the car which had won the 1968 world championship.

Needless to say, the drivers were unimpressed.

At Silverstone, the Lotus transporter had not arrived in time for opening practice. Hill was suited and booted but had no car.

Tauranac had the opposite problem; cars but no drivers. Jack Brabham was injured and Jacky Ickx ran late.

Tauranac and Hill were known to one another; the two-time world champion had raced Brabhams on multiple occasions previously, but never in world championship competition.

And so, during practice for the 1969 British Grand Prix, the previous year’s world champion climbed aboard the brand-new Brabham BT26/4.

Following the session, the Lotus transporter arrived, and Hill returned to his employer for the balance of the weekend.

Initially, that saw him saddled with the dreaded 63 which dutifully proved woefully off the pace.

That prompted Chapman to borrow back the 49B he’d sold to Bonnier, which Hill went on to race, finishing seventh.

Bonnier steered the 63 though lasted only six laps before the engine decided it too had had enough of the 63.

Ironically, Ickx initially practiced in his usual chassis, BT26/3 before switching to the car driven by Hill earlier in the weekend.

Following the race, Chapman rescinded the contract with Lovely and re-acquired the formerly sold 49B which raced on for Team Lotus into the 1970 season.

And through it all, Graham Hill became the first (known) driver to take part in a grand prix weekend for two different teams; Brabham and Lotus.

It’s a club that, 53 year later, now has a second member.