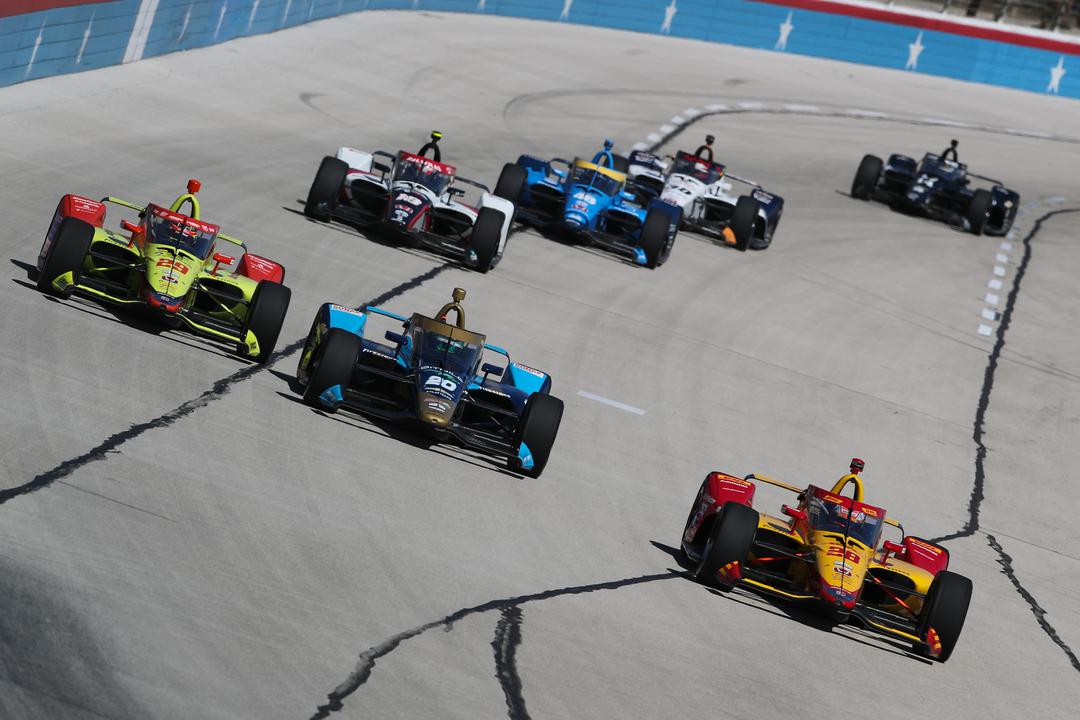 The 2023 IndyCar Series calendar is taking shape with the announcement of dates for two events.

Despite low attendance figures this year, Texas Motor Speedway will indeed remain part of the tour, although a fortnight later next year than this.

In what will be a double-header, the NASCAR Truck Series will race at the Fort Worth circuit on Saturday, April 1 and IndyCar on Sunday, April 2.

TMS announced that it is “proud to once again host the NTT IndyCar Series in 2023.

“The April 2 race, the first in a multi-year partnership with IndyCar, will be the 27th consecutive year, and 36th race overall.”

Similarly, the Brickyard Weekend on the Indianapolis Motor Speedway road course has been shifted back slightly, to the weekend of August 12-13, per NASCAR’s 2023 calendar announcement.

As was the case this year, IndyCar and NASCAR’s second tier will race on the Saturday, and the Cup Series on the Sunday.

The August date is, however, something of a tradition for stock car competition.

“The Brickyard Weekend is such a unique event for race fans, with three exciting races among three top series on the IMS road course,” said IMS President J. Douglas Boles.

“August was the original home for the Brickyard 400 in 1994 and the original Brickyard Weekend with the NASCAR Cup Series, Xfinity Series and NTT IndyCar SERIES together in 2021, so we’re happy to see the races return to a date that’s popular with fans and with plenty of history.”

With the Indianapolis 500 being held on the Sunday immediately preceding the United States’ Memorial Day public holiday, race day next year can be all but locked in to May 28.

As such, the Indianapolis Grand Prix would culminate in a race around the road course on Saturday, May 13, assuming no change to the standard scheduling of the month of May.

The bulk of the 2023 IndyCar calendar is yet to be confirmed.