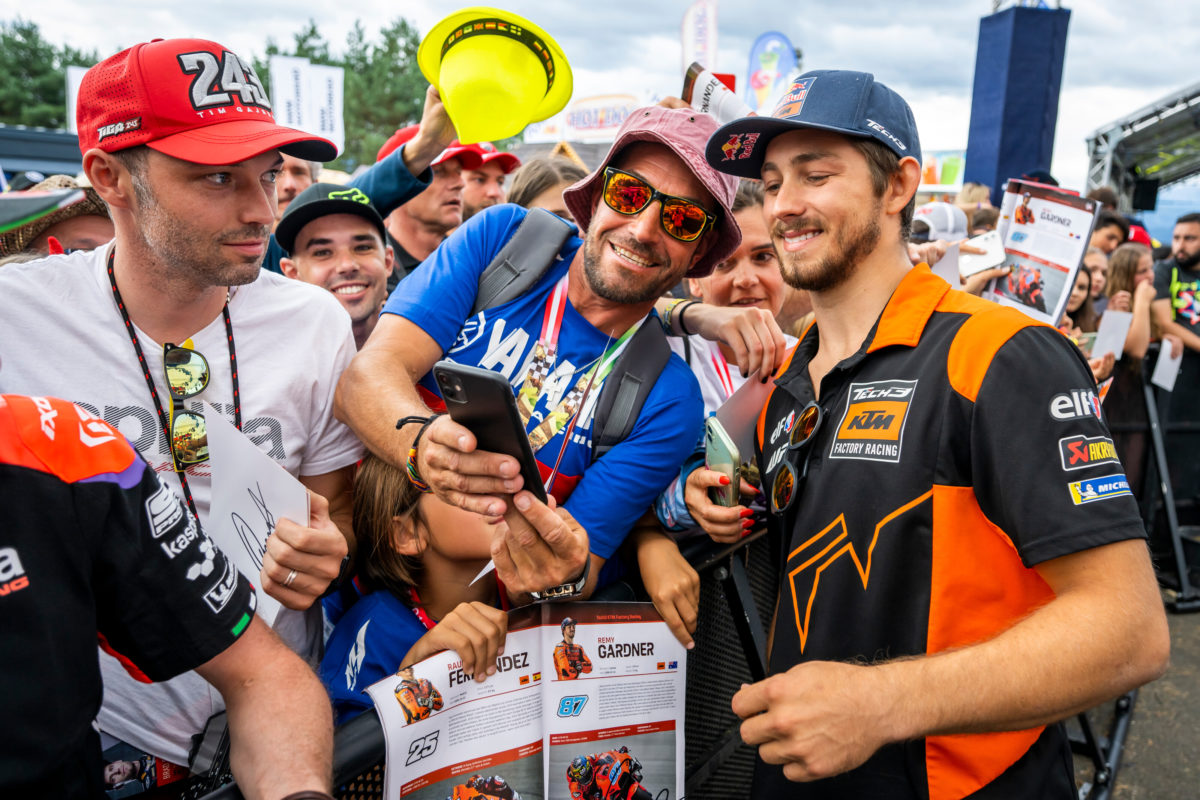 Remy Gardner will ride in the Superbike World Championship for the GRT Yamaha team next year.

Gardner’s MotoGP contract with KTM was not renewed, leaving him and manager Paco Sanchez mulling over a return to Moto2, where he is already a world champion, or a switch to production-based competition.

The Australian will indeed head in the latter direction, riding for Yamaha’s satellite team in 2023.

He replaces American Garrett Gerloff, who has been announced as a Bonovo action BMW Racing Team rider from next year.

“We are obviously delighted to have a rider on board who’s not only shown great progression but has experience at the top level of motorcycle racing.

“We believe that he is the perfect fit for Yamaha’s WorldSBK programme and are keen to see what he can do on one of our R1 WorldSBK machines.

“We’d also like to thank Garrett Gerloff for his commitment to Yamaha these past three seasons and we wish him all the best for the future.”

“We are delighted to welcome Remy to our team,” said Conti.

“He fits perfectly with our programme and is a top rider who has proven his abilities as a World Champion in the Grand Prix paddock.

“We strongly believe he will be a great asset for Yamaha and the GYTR GRT Yamaha WorldSBK Team.

“At the same time, we would like to thank Garrett for the three years we have spent together.

“We are parting ways at the end of the season but highly respect him, so wish him all the best.”

At the factory team, namely Pata Yamaha with Brixx WorldSBK, incumbents Toprak Razgatlioglu and Andrea Locatelli already have contracts for the 2023 campaign.

The length of Gardner’s agreement has not been disclosed, with Yamaha’s announcement referring only to him riding with the Iwata manufacturer “from 2023”, while his team-mate at the GYTR GRT Yamaha WorldSBK Team has not been announced yet.

Razgatlioglu won the championship last year and is currently second in the title race, at a 30-point deficit to Ducati’s Alvaro Bautista.