Brown car to be repaired, Murphy/Stanaway still on

Brown car to be repaired, Murphy/Stanaway still on 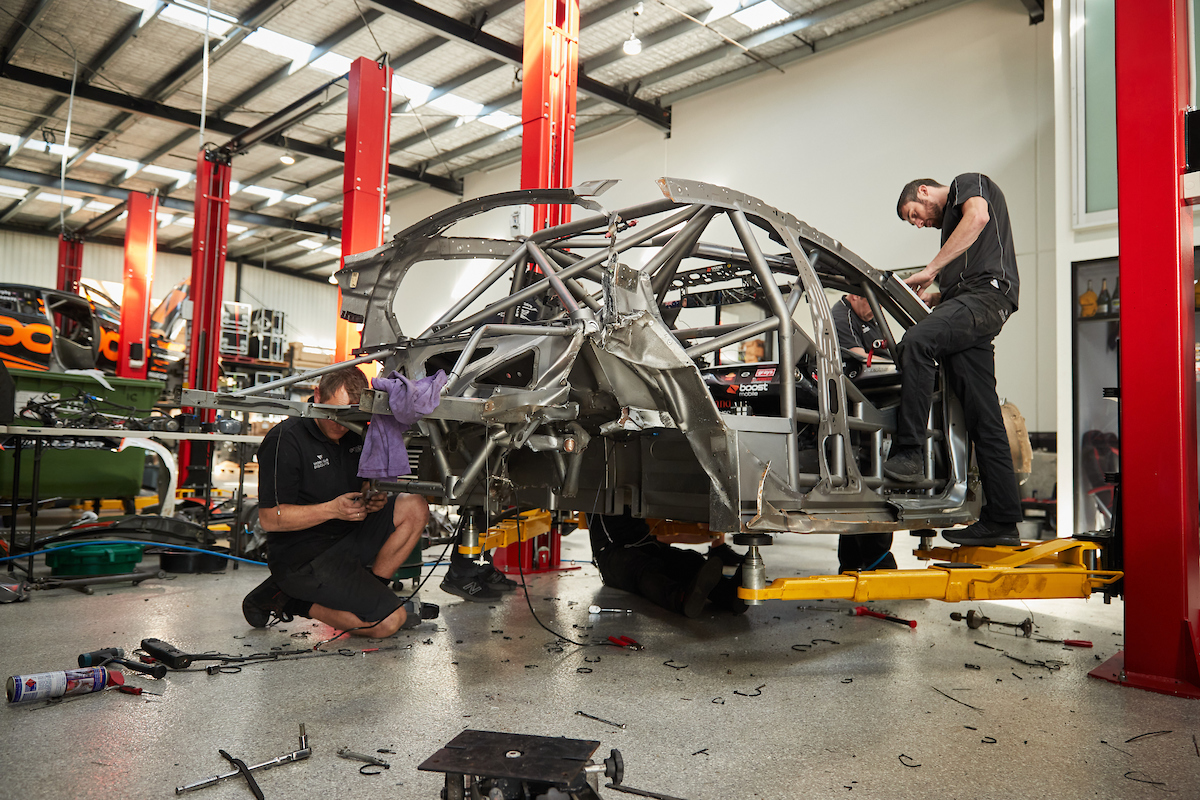 Erebus Motorsport has confirmed that Will Brown’s car will be repaired for the Repco Bathurst 1000.

The team has also confirmed the Boost Mobile-backed wildcard of Greg Murphy/Richie Stanaway is still on for the October 6-9 event.

Brown sustained a 56G impact at the ITM Auckland SuperSprint last weekend after a clash with Mark Winterbottom in Race 28.

It left the #9 ZB Commodore with significant damage.

The car arrived back in Melbourne from New Zealand on Wednesday, at which point the team was able to strip the chassis and make an assessment.

Erebus CEO Barry Ryan says the #9 can be repaired ahead of the Great Race where Brown will be joined by co-driver Jack Perkins.

“The guys have had a proper look at the car and we believe we can fix it in time for Bathurst,” said Ryan.

“We’ve got it to Mount Gambier and on the jig this morning, the whole rear of the car is getting cut off and we’ll replace it all.

“Once it’s done, we’ll get it to paint and then back in the workshop and start to replace all the componentry and bodywork.

“Almost every tube in the back half of the car has either been torn, twisted or bent. Items like our gearbox, fuel tank housing, drive shafts and suspension components also need to be repaired or replaced.

“We knew there had been substantial damage, though you always find more as you start to pull parts and panels off it.”

It means Erebus’ spare car remains available for the #51 Murphy/Stanaway wildcard to compete in at next month’s Mount Panorama enduro.

Until now, the Kiwi duo’s Bathurst hopes were under a cloud, though Boost Mobile boss Peter Adderton flagged the idea of switching teams if Erebus couldn’t run the #51 entry.

“I couldn’t be prouder of our team; our guys are working around the clock to ensure we have three Boost Mobile Commodores at Bathurst,” added Ryan.

“We are going to Bathurst with the goal to replicate our pole position last year and go two steps higher on the podium, and we’re doing everything in our power to make that happen.

“It’s no different with the wildcard, and it will have been a long journey once it finally gets to Bathurst.

“Everyone wants to see Murphy at Bathurst one more time and we are excited to see how Richie goes in an Erebus car.”

According to the team, it is unlikely that Brown’s chassis will be ready for his last rookie test day next week.

However, the #9 could test the following week, the same day as Murphy/Stanaway’s final pre-Bathurst hit out.