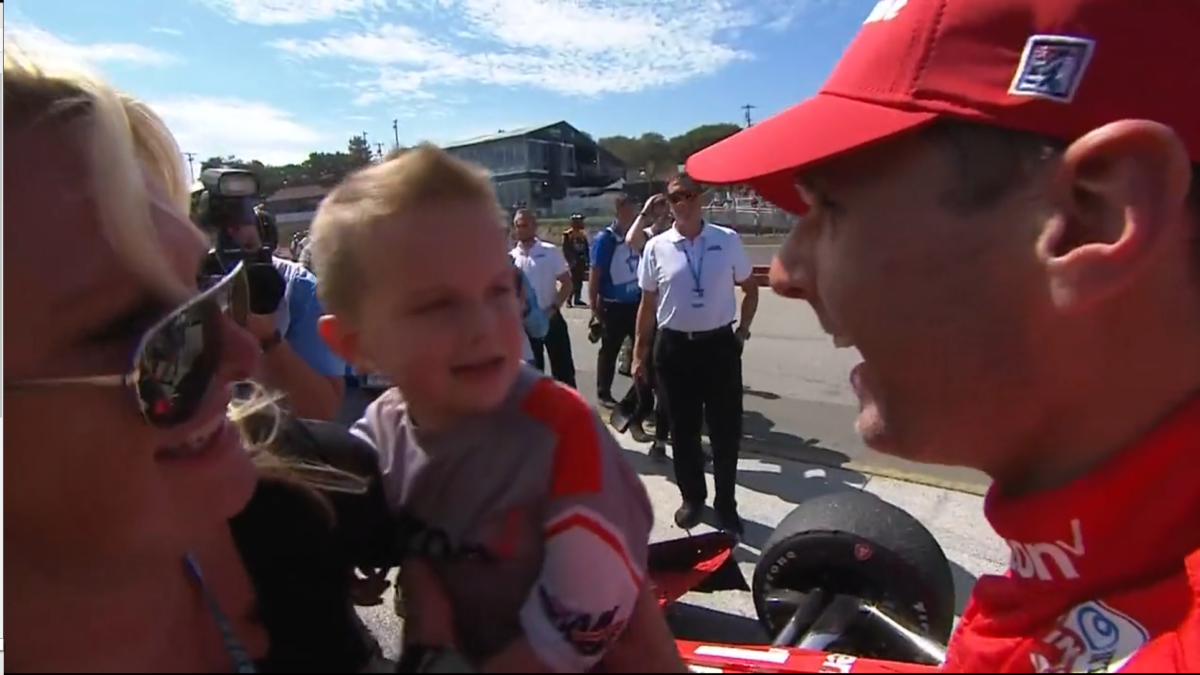 Will Power has credited wife Liz for a pre-season comment which gave him the confidence to win this year’s IndyCar Series title.

The Team Penske driver finished third in the 17th and final race of 2022 at Laguna Seca, a result which would guarantee that he lifted the Astor Cup.

It was a result which came a day after breaking Mario Andretti’s all-time pole record.

Post-race, Power said, “Let me tell you, in the off-season, my wife said to me, ‘I believe you’re going to beat Mario’s record, and you’re going to win the championship.’

“She said that to me, and it actually gave me confidence that I could do it.

“The fact that she said that, that’s how much confidence I have in her gut feel.

“So, she said those words, and I just couldn’t believe that came true.”

It was a nervous finale for the Queenslander, with team-mate Josef Newgarden emerging as a major threat despite starting on the last row.

Newgarden finished second on the day, and in the series also, but Power was also under threat from the likes of the McLaren SP drivers and Andretti Autosport’s Romain Grosjean, before ultimately clinching a ninth podium of the campaign.

“I just knew I had to absolutely get the most out of those stints and not lose any more position,” said the man in the #12 Chevrolet, who led initially from pole.

“Man, I had to drive the thing today; like, it was on the edge, very loose.

“I can’t thank Verizon enough, they’ve been with me for close to 12 years now, and without them, I would never have had this career.

“And obviously, [team owner] Roger Penske and the whole team and Chevrolet.”

About his new mental approach this year, Power added, “Just from the beginning, it was just playing the long game.

“I said it to [Penske President] Tim Cindric, ‘Man, I’m just playing the long game this year, not necessarily going for the big wins and all that,’ but yeah.”