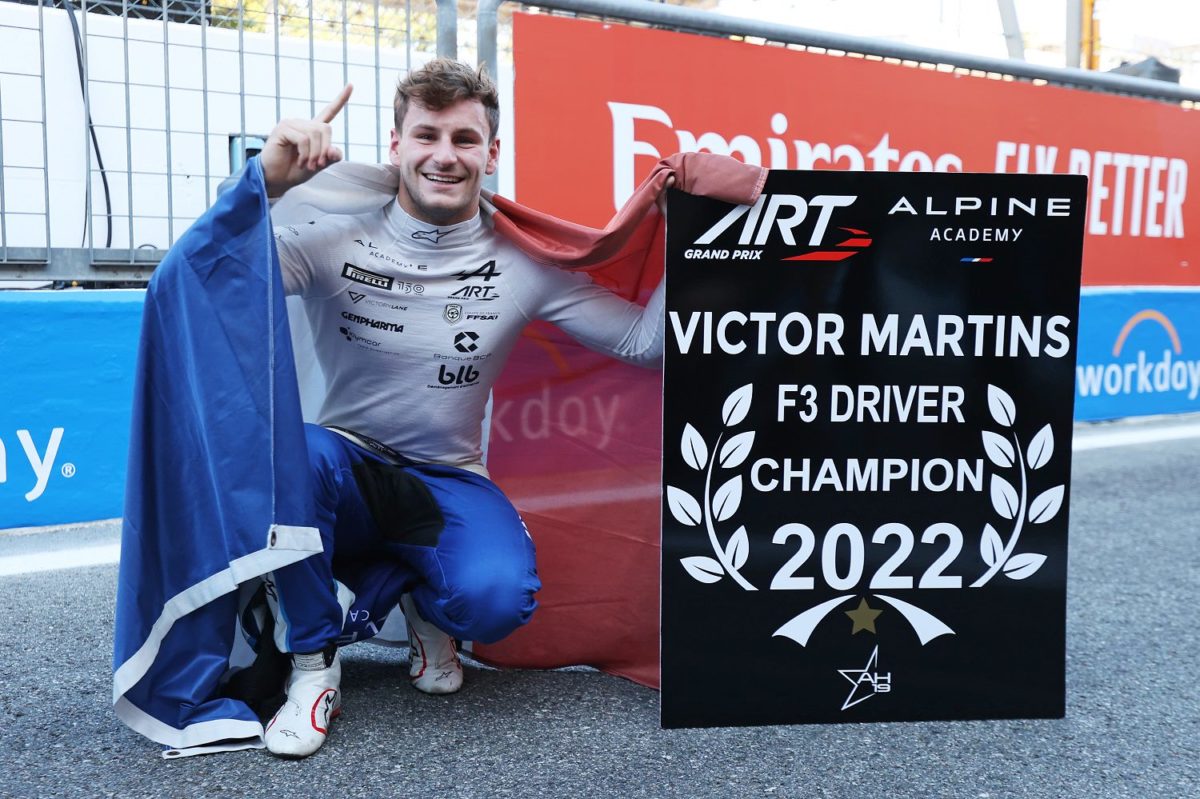 Zane Moloney took the win in the shortened event, making it three back-to-back F3 Feature wins for his Trident team.

Oliver Bearman took second for Prema Racing and Jak Crawford was promoted to the third step of the podium after an array of penalties for the top five.

The race was not resumed after a Red Flag on Lap 17.

It created a complicated and unpredictable ending to the championship with time penalties being applied throughout the stoppage, including a 5-second penalty for Martins for exceeding track limits.

But as fourth place runner William Alatalo was also handed a 5-second penalty, Martins was again promoted to fourth to mathematically win the championship by five points.

Bruno Michel, F2 and F3 CEO, stood on the ART Grand Prix pit wall to tell Martins that he was crowned the 2022 F3 Champion after a 25-minute wait to the confusing finale.

Victory for Moloney saw him climb two places in the standings to finish runner-up in the championship.

Bearman finished third in the standings only 5 points off second, Isack Hadjar for Hitech Grand Prix fell to fourth after a series of non-points scoring finishes and Trident’s Roman Stanek rounded out the top five in the 2022 standings.

The race begun with a Lap 1 Safety Car after David Vidales and Rafael Villagomez made contact in the Lesmos.

Moloney took the lead of the race early after Alexander Smolyar struggled with pace off the line before retiring with damaged suspension.

Prema drivers Arthur Leclerc and Bearman tussled throughout the race, the latter coming out on top, even briefly leading the race when overtaking Moloney but ceded the place back after he ran wide at Turn 1.

The red flag was brought out due to big contact and a spin between MP Motorsport’s Kush Maini and Bred Benavides on the exit of the second Lesmo.

The race finishing positions were calculated when the drivers came back to the pits, with time penalties given to drivers for exceeding track limits and resulted in the title being awarded to ART Grand Prix’s Martins.