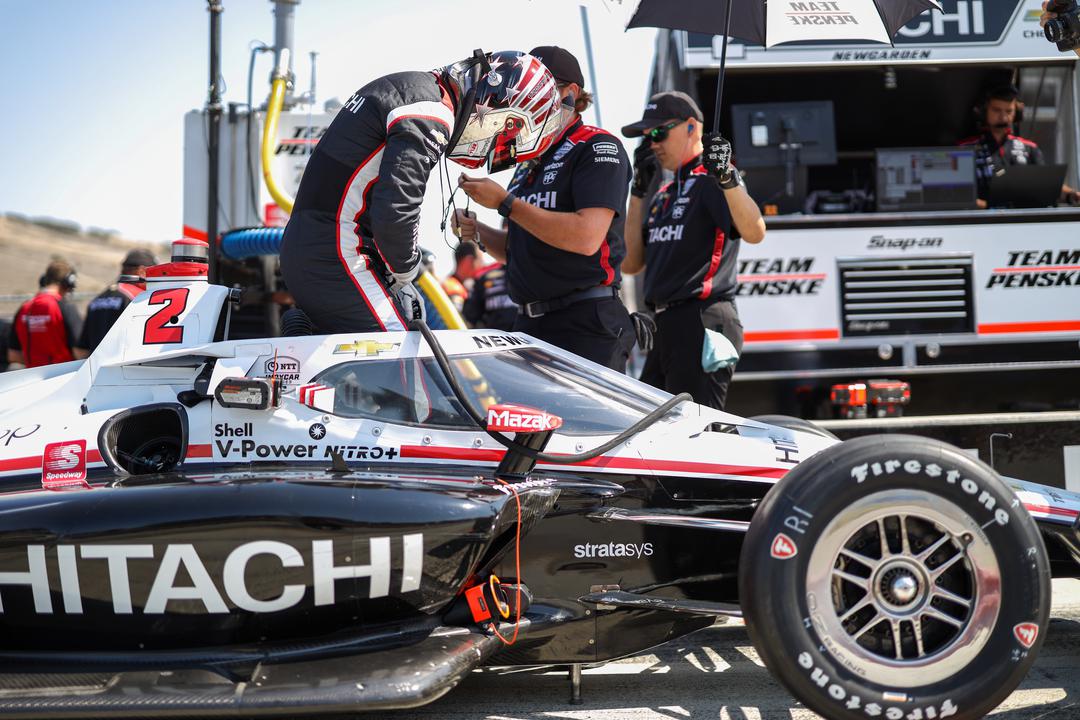 Josef Newgarden has described his Corkscrew spin as a “very sad error” after he qualified last row for the IndyCar finale at Laguna Seca.

The Team Penske driver was fifth-fastest midway through Group 1 of Round 1 of Qualifying when he took too much kerb at Turn 8A.

The #2 Chevrolet hit a pyramid piece which is placed inside of the apex to discourage such corner-cutting, and the jolt caused the car to rotate before coming to rest in the gravel trap, with its front wheels stuck in the air.

A red flag ensued, meaning Newgarden lost his two fastest laps and was barred from advancing to Round 2, hence leaving him officially with no time against his name.

Car #2 will thus start from 25th in the 26-car field, and is now 21 points behind team-mate Will Power at the top of the series standings after the Queenslander claimed pole position.

“You know, you can hit that second one at the bottom, but if you touch the first one, it’s going to send the car into a mess.

“Kind of a simple error and a very sad error.

“So, we were done pretty early on this one today.”

Still with 95 laps of racing ahead and teams conserving tyres during qualifying in case of a four-stop strategy come Sunday afternoon, the two-time series champion still holds out some hope of overhauling Power.

“I mean, I’ve had it happen, and more times than not this year, where starting up front didn’t work out, at least not perfectly as you’d plan it,” said Newgarden.

“So, I would welcome, you know, if working from the back, for whatever reason, if something mysteriously happens, and it’s like, ‘Wow, you actually wanted to start in the back.’

“I’d be very appreciative to have the other end of this argument. Sounds great, I’d love it.

“There’s so many races I’ve been in this year where I’m like, ‘Should we’ve just started in the back.’

“We’ll see if that’s the right thing for tomorrow.”