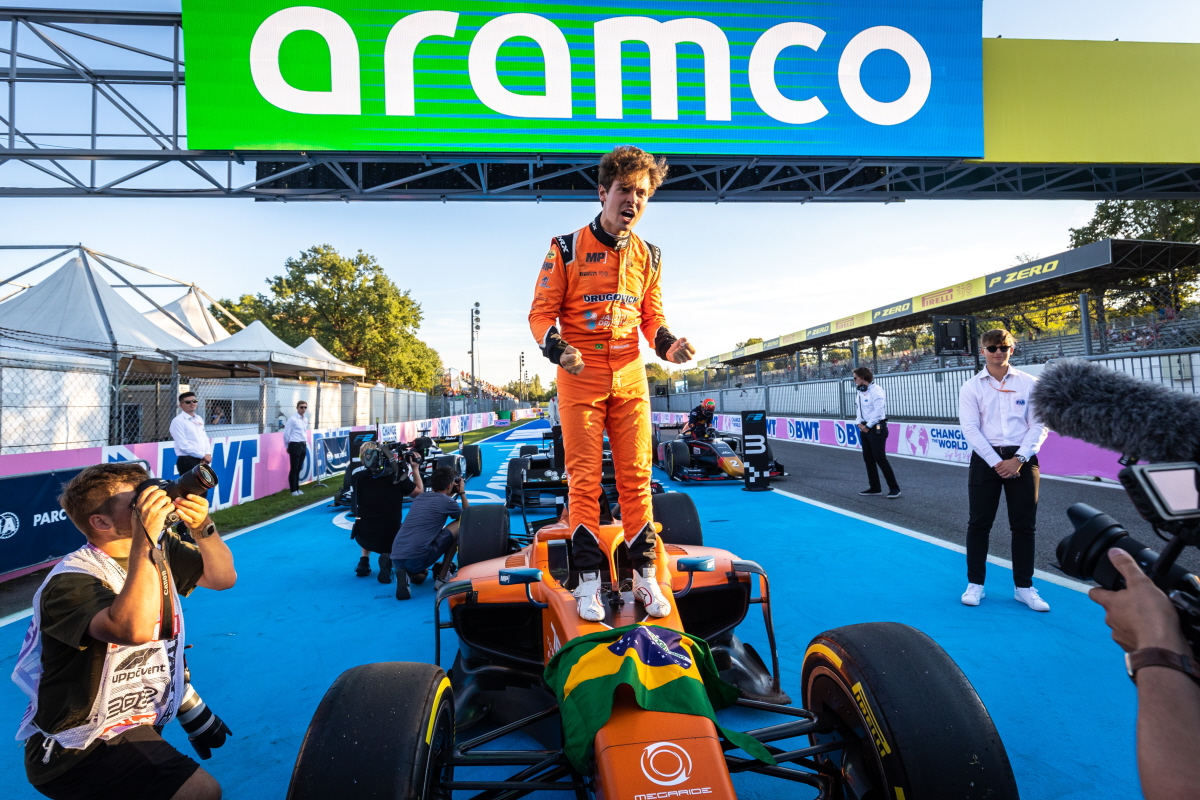 The 2022 Formula 2 Championship has been won by Felipe Drugovich after a dramatic Monza Sprint Race.

In an encounter won by Juri Vips ahead of Frederik Vesti and Jehan Daruvala, it was Drugovich who stole the headlines.

The MP Motorsport driver ended his race quickly with a Lap 1 tussle with Van Amersfoort’s Amaury Cordeel, after being forced off the track and breaking his front suspension.

But his enormous lead in the point standings was enough to allow Drugovich to take the championship three races before the end of the season.

His closest rival, Theo Pourchaire struggled in the midfield.

Starting in P14, Pourchaire had to make up at least nine positions, or eight with the bonus point for fastest lap, even with Drugovich’s DNF to keep his championship dream alive.

The ART Racing driver instead dropped a wheel into the gravel in Lap 14 and fell down the order, also collecting a five-second time penalty for causing a collision to top off the weekend for the Frenchman.

The podium saw Vips on the top step after a perfect race out in front for the Hitech Grand Prix driver.

Ayumu Iwasa also picked up a five-second penalty for leaving the track and gaining an advantage, the Red Bull-backed driver struggling with confidence on the medium tyres and was at least one second slower than Vips who lead the race.

The DAMS driver started in P3 but quickly was overtaken by the field, finishing 16th with the penalty applied.

Both MP Motorsport drivers retired from the race, Clement Novalak tangling with Campos’ Ralph Boschung which caused a puncture and the loss of his front wing, retiring on Lap 9.

Jack Doohan, who starts tomorrow’s Feature Race in the first grid box, finished P7 whilst fellow Australian Calan Williams in the Trident finished 14th after battling with Pourchaire in the closing laps.

The FIA Formula 2 Feature race in Monza will be at 18:00 AEST on Sunday.