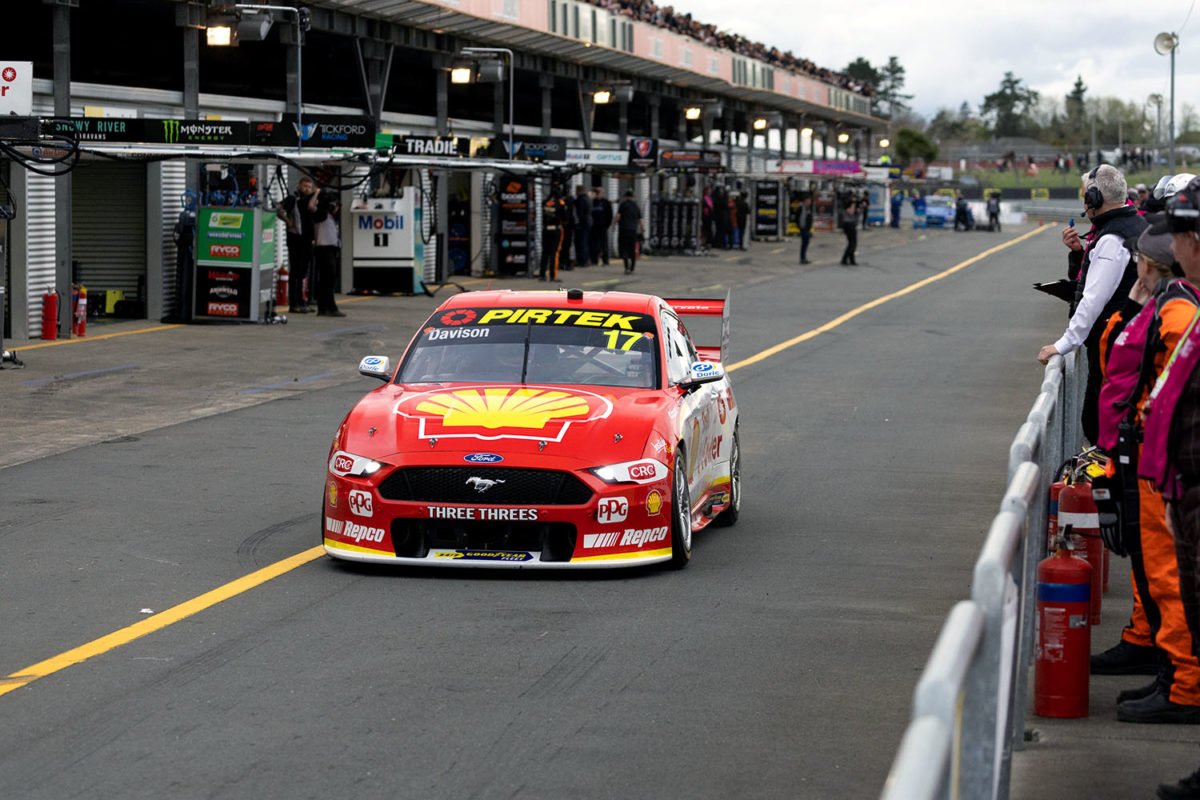 Ben Croke admits the Shell V-Power Racing Team is “heartbroken” after a bungled pit stop probably cost Will Davison victory in Race 29 of the Repco Supercars Championship at Pukekohe.

Davison qualified on pole position and was still first before he took his compulsory pit stop at the end of Lap 22, just past the halfway mark, for fresh working side tyres.

It was then that the #17 Mustang was dropped without the left-rear fully fastened, and while the car rejoined ahead of the Tickford Racing entry of Cameron Waters, Davison had to slow and cede the effective race lead due to the loose wheel.

He eventually finished a lap down in 22nd position, having been back to the lane for yet another left-rear wheel, and then again for a drive-through penalty as punishment for the initial stop.

“Our guys are in the Pit Stop comp [Pirtek Pit Stop Challenge] all year, we’re in the top couple, if not leading, coming out of this round, so we’ve done the job in pit lane all year; we just fumbled one there.”

Croke confirmed that a cross-threaded wheel nut was the issue.

As for how the car was dropped without the service actually complete, he explained, “It’s a little bit of the lights on the boom and the air jack guy’s reaction to the noises that he hears.

“So, he’s heard lots of noise doing up and it’s kind of all gone wrong from there.”

Regarding Davison, Croke reported, “He’s heartbroken, like the rest of us.

“We win and we lose as one, we’re such a really tight team here, and we’ll pick him up and we’re heading to the one that really matters now next.

“So, the cars are fast, Will’s doing an amazing job all year, so we’ll carry that into Bathurst.”

Davison remains third in the drivers’ championship but has now slipped to 77 points behind Waters, and a full 602 in arrears of Shane van Gisbergen.

In the teams’ standings, DJR’s deficit to leaders Triple Eight Race Engineering has blown out to 341 points, up from 196 at the completion of the Sandown event, after a frustrating Sunday at the ITM Auckland SuperSprint.

Earlier, in Race 28, Anton De Pasquale was a DNF as a result of a Lap 1 tangle with Brodie Kostecki, before driving a patched-up #11 Mustang to fifth in Race 29.