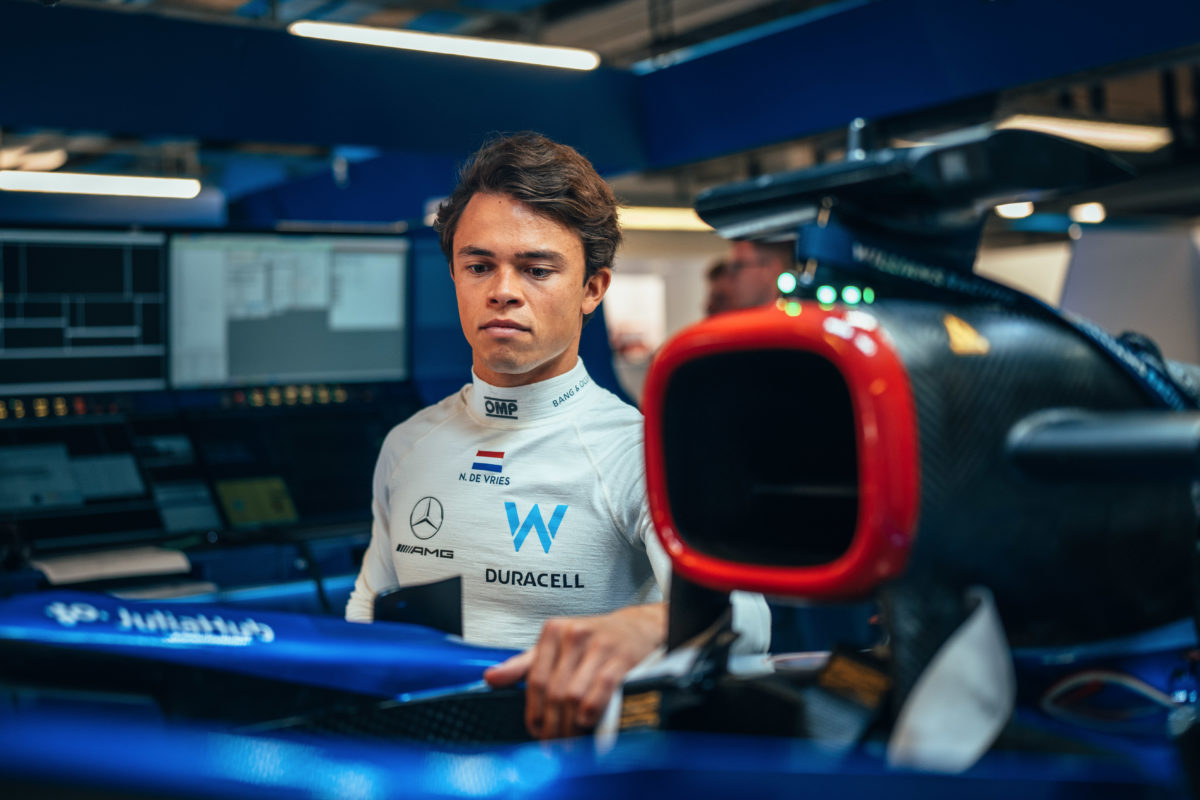 Nyck de Vries has recalled how he found out that he would replace the unwell Alex Albon at Williams at this weekend’s Formula 1 Italian Grand Prix.

The Dutchman was drafted in on Saturday morning after Albon was diagnosed with appendicitis.

The 2020-21 Formula E world champion had been in action on Friday for Aston Martin, his third Free Practice 1 outing of the year following appearances with Mercedes and Williams.

He was set to watch on the balance of the weekend as an interested observer.

“I had a quite chilled morning waking up after an FP1 session, going to the track and not really expecting anything,” de Vries explained.

“Then suddenly, I was actually for an appearance in the Paddock Club, and then I received a phone call to come down quickly and head over to Williams.

“So I’m very sorry for Alex and I hope that he gets health and recovery will be very quick, but nevertheless that was a great opportunity for myself.”

Reserve driver at Mercedes, de Vries has been on the periphery of Formula 1 for some time.

He was touted as a possible driver for Williams this year only for Alex Albon to land that seat.

The 27-year-old is in currently the frame for a drive with the Grove squad for 2023, this time in place of Nicholas Latifi.

It makes his appearance this weekend all the more important as it pits him head-to-head with the man the team was prepared to dump in favour of Oscar Piastri.

“I will admit I was a little shaky,” de Vries said upon learning of the opportunity.

“But I think we pulled off a decent session.

“I’m never satisfied and I don’t think I ever do a good enough job, but ultimately I think I also have to take it, and it was not that bad.”

De Vries progressed through Qualifying 1 with the 15th best time, escaping elimination at the expense of Latifi by just 0.02s.

He then ended Qualifying 2 13th but will start eighth, alongside countryman Max Verstappen, courtesy of a raft of grid penalties.

“I think in some corners I was beyond 100 percent, and then obviously resulted in small mistakes and locking up or not getting the perfect way through,” the Williams driver said of his qualifying session.

“I think that the most challenging bit in qualifying is being as close as possible to 100 percent all around the lap.

At the 1969 British Grand Prix, Graham Hill drove a Brabham BT26 in opening practice when Lotus was late to arrive.

He then rejoined his usual team for the balance of the weekend, first piloting a Lotus 63 before switching to the 49B he ended up racing – a car team owner Colin Chapman had sold and had to borrow back once the 63 proved uncompetitive.