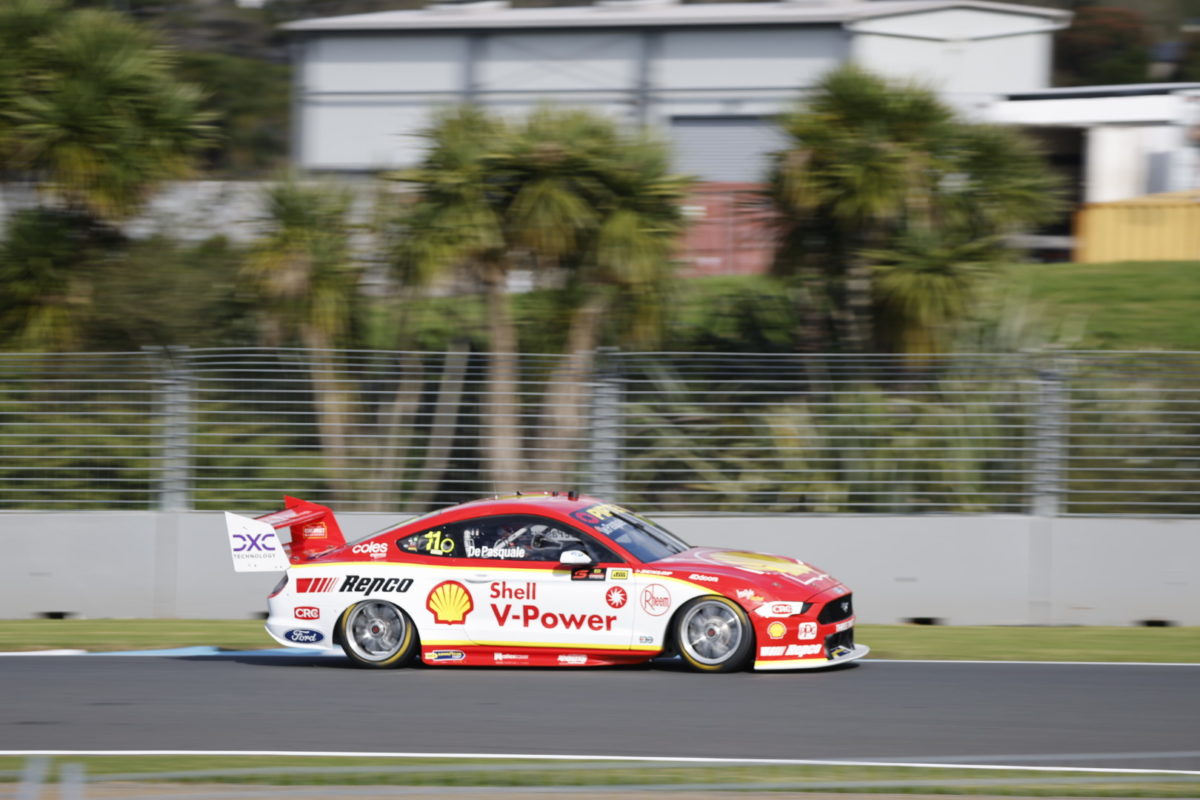 Anton De Pasquale has set the pace by a quarter of a second in a Shell V-Power Racing Team one-two in Supercars Championship Practice 1 at the ITM Auckland SuperSprint.

Championship leader Shane van Gisbergen (#97 Red Bull Ampol ZB Commodore) had an off-track excursion on his way to fourth at 0.3867s off the pace.

The field rolled out on new hard rubber, such is the tyre allocation due to New Zealand quarantine restrictions, for a 30-minute session held under cloudy skies.

Cameron Waters came unstuck early in the piece, running off and nudging the tyre wall at Turn 3/Turn 4, the right-handers feeding onto the back ‘straight’, in the #50 Monster Energy Mustang.

De Pasquale was quickest when he pitted with a 1:03.1743s against his name from three flying laps, after which van Gisbergen moved to the top before he too brought an end to his opening run.

Heimgartner climbed from third to first with a 1:02.9518s on his second run while Waters proved his early prang was but a minor one when he went second on a 1:02.9991s.

Before he was back in the lane, van Gisbergen would have an off at the Hairpin, while Jake Kostecki (#56 Tradie Mustang) ran through the grass exiting the fast final corner and would then also get the green stuff at the Hairpin, as had Tickford Racing team-mate James Courtney (#5 Snowy River Caravans Mustang) earlier.

Davison improved further to a 1:02.6560s and van Gisbergen to second-quickest on a 1:02.7498s before a number of drivers took another set of new tyres for their final runs.

Heimgartner subsequently shifted the benchmark to a 1:02.4863s, only to be comfortably beaten by De Pasquale before Davison split them with a 1:02.4564s.