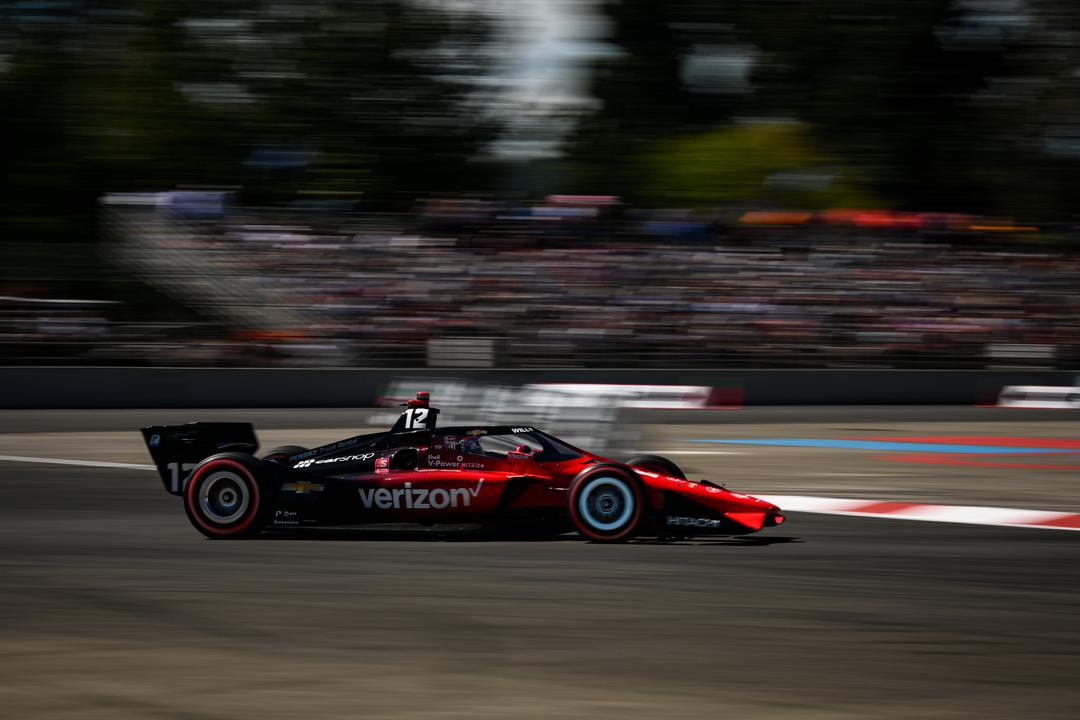 One aspect of the Portland IndyCar race which largely went unnoticed was the fact that Will Power led two laps that Sunday, and hence scored a bonus point.

It is a small detail which we may look back on as a crucial one depending on what unfolds at this weekend’s season finale at Laguna Seca, where the Team Penske driver arrives as the series leader by a margin of 20 points.

IndyCar issues a point for qualifying, a point for leading at least one lap, and two points for leading the most laps, on top of whatever is allocated for each position in the final race classification (the Indianapolis 500 excepted).

Scott McLaughlin collected a perfect 54 at Portland, including the 50 points for victory, while team-mate Power scored 41, that being the 40 for finishing second and one for leading two laps.

But how did that happen? McLaughlin effectively led all 110 laps, and was officially the front-runner for 104 of them, yet at no point did it appear that Power was ahead of the New Zealander.

However, IndyCar data shows Car #12 of Power leading on Laps 48 and 79, which so happen to be the two occasions when it followed Car #3 of McLaughlin into pit lane.

At Portland, the first two pit boxes were forward of the timing and scoring line, whereas the other 23 were behind it.

Power had qualified on pole position in the preceding event of the season at Gateway Motorsports Park, hence the #12 crew had first choice of pit box at Portland, and they made the not uncommon pick of Box 1.

Twice then, Power tripped the timing and scoring line while McLaughlin was still receiving service before the official end of his lap.

Given those two ran slightly longer than most in the latter two pit stop cycles, Car #12 was twice credited with leading a lap.

Once again, the magic number at Laguna Seca is 54 points.

As has been well-ventilated by now, the 2014 IndyCar champion can guarantee himself a second title by finishing third at the Californian circuit, hence earning 35 points.

At best, either of team-mate Josef Newgarden or Chip Ganassi Racing’s Scott Dixon, who are tied for second in the standings, would then close to within one point of Power at season’s end.

However, had Power missed out on that bonus point, his series lead would be 19.

A third place at Laguna Seca for Car #12 and a perfect weekend in terms of points scored for either Newgarden or Dixon would see whoever of the latter is applicable tie Power on points, and hence win the series on a countback given both already have multiple wins this year compared to Power’s one.

That is, that single bonus point at Portland is worth a full spot in terms of Power’s minimum safe finishing position.

Funnily enough, the Toowoomba native himself seemed unaware or at least uncertain of what had happened in the post-race press conference at Portland, given he twice referred to a 10- or 11-point yield for passing McLaughlin for the lead; 10 points being the difference between first and second place, before a bonus point for leading a lap is accounted for.

The pole position in Gateway therefore handed Power the opportunity to pick the first box on pit road, which in turn translated to a potentially championship-defining bonus point heading into this weekend’s season finale.

Exactly how significant might that prove to be? We will find out this Sunday (local time).